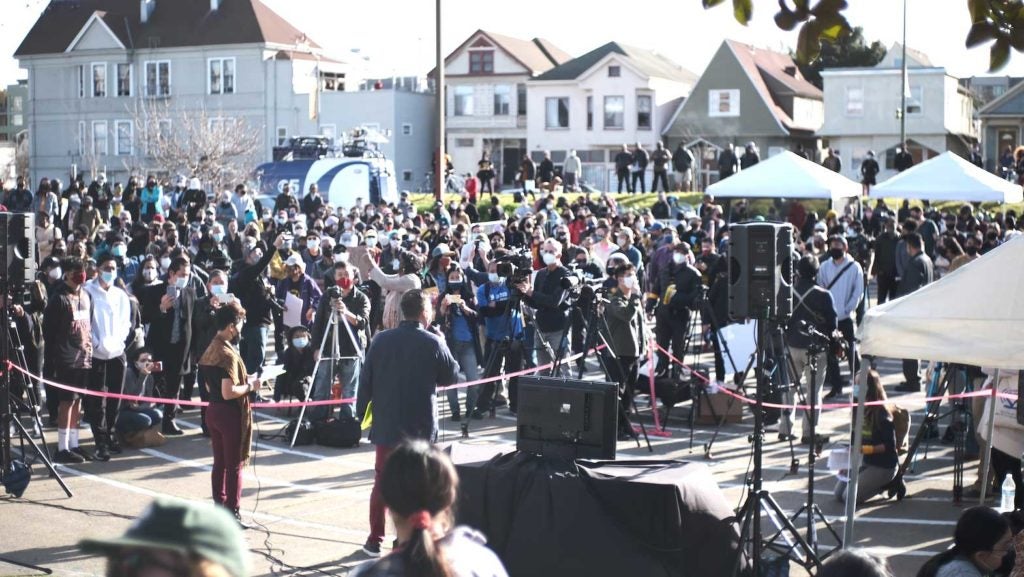 Since the beginning of the Covid-19 pandemic, there has been a dramatic increase of reported assaults against Asian Americans. There were 2,100 violent acts directed towards Asians in between March and June 2020 alone.

More recently, elders within the Asian American community in the Bay Area have experienced violent assaults, most notably 84-year-old Vicha Ratanapakdee who was killed after an assault in San Francisco on Jan. 28.

The increased violence and racism against Asian Americans are seen as direct results of the xenophobia and disinformation spread by former President Donald Trump while he was in office. Throughout the pandemic, Trump fanned the flames by referring to the coronavirus as the “Chinese Virus” or “Kung Flu.”

The Saturday rally in Oakland was hosted by groups such as the Asian Pacific Environmental Network, the Oakland Chapter of the National Brown Berets, and Oakland Chinatown Coalition. 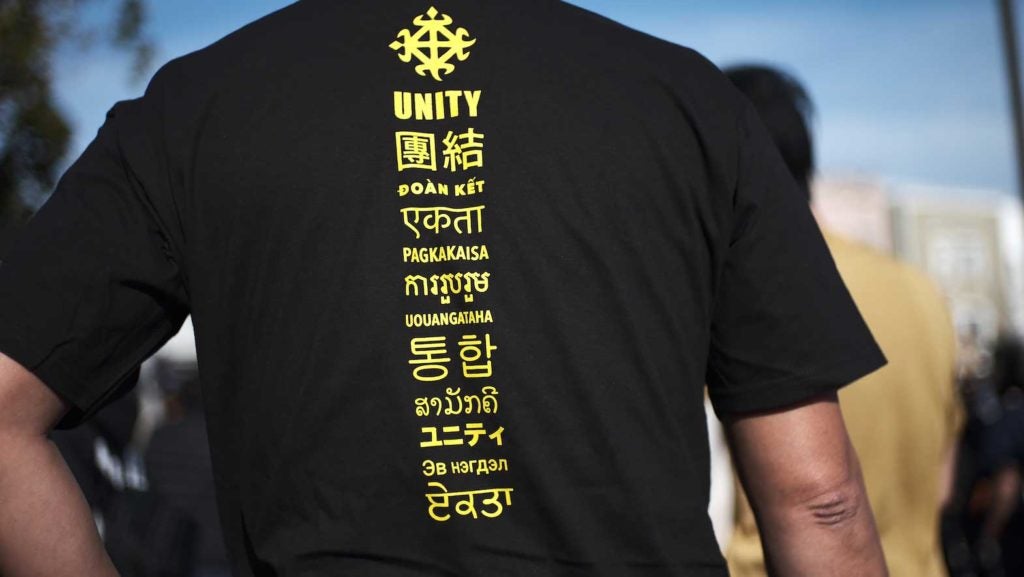 A vigil participant wears a shirt with print on the back listing “Unity” in different Asian languages. INQUIRER/Miguel Carrion

In attendance was a community patrol group based in San Francisco and Oakland called Asians With Attitudes or A.W.A for short, a name derived from the Compton rap group N.W.A.

“James,” founder of A.W.A., says the patrol started as an Instagram page to provide a platform for the Asian American community.

“At first it started off like an entertainment page, then gradually started shedding light on a lot of the racial issues that Asian Americans are facing,” he said.

The page turned into a grassroots movement that aims to physically protect local Asian American communities.

“We out here patrolling, and I’m here to help support my friend right there. He came up with that idea to patrol and he’s using A.W.A. for that also,” said James.

The friend James is referring to is Jimmy, also known as Jay B Singhay on his Instagram account.

“Right now, we just wanna send a message… let people know that we’re really out here patrolling the streets… We’re here to protect the community, that’s what we’re all about,” said Jimmy. 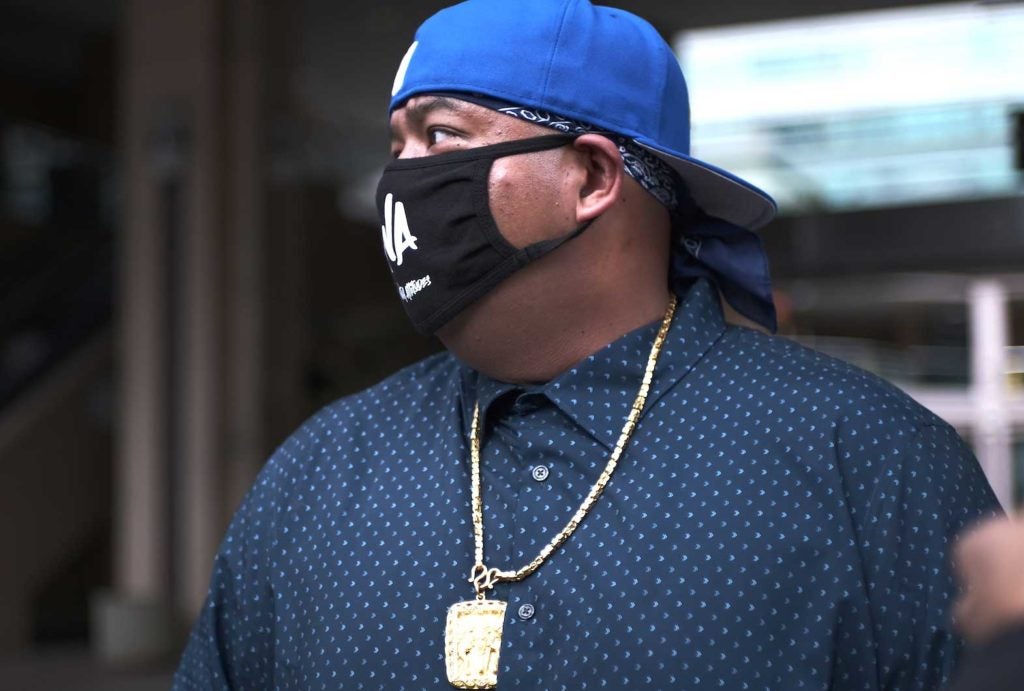 Jimmy (Jay B Singhay) looks around during his group’s patrol prior to the event in Madison Park in Oakland, California. INQUIRER/Miguel Carrion

The event in Oakland’s Madison Park, publicized as a vigil to support and uplift the victims of anti-Asian violence mustered a large crowd numbering in the hundreds.

Many of the supporters came with signs calling for unity and an approach to the violence that supports community-building rather than increased policing.

A speaker, Zach Norris, the executive director of the Ella Baker Center for Human Rights, stressed the importance of keeping each other safe through community solidarity. He described attacks on the Asian American community as stemming from the division sown by white supremacy.

Norris used the game of musical chairs to describe how the system of white supremacy “keeps pulling the chairs away and they got us fighting each other. And that’s absolutely unacceptable.”

“Robert,” head of the Pacific Savagez Motorcycle Club in Oakland, echoed the calls for unity and support.

“Some of us in the club have Asian descent in them. So, we’re out here just to support and let them know we’re here, to help out the community,” he said.

LATEST
Concepcion: Consider vaccine passes once herd immunity is achieved
Average new COVID-19 cases daily in NCR down 30%
Chinese spacecraft successfully lands on surface of Mars
Pagasa: Brace for hot Saturday weather
Late Lakers great Bryant remembered on eve of Hall of Fame induction
MOST READ
usa Canada halts Filipino front-line worker’s deportation after public outcry
usa What are Polkadot coins? Should it have a spot in your portfolio?
usa Best Prime movies on Amazon
usa Common problems in applying for U.S. citizenship
usa ‘Friends’ reunion to air May 27 and with slew of celebrity guests
usa Lawyers for Durst ask for postponement of murder trial due to ill health