How Adelaida Battad Avila, who died at 102 in Chicago, achieved longevity 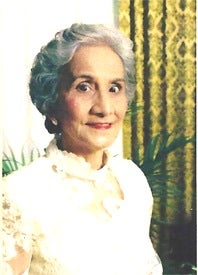 Lola Adelaida during her daughter’s wedding in the early ’90s.. CONTRIBUTED

CHICAGO – What can you say about a lola who dies at the age of 102? A lot. A lot of good memories, and how to live long like she did.

Filipino American resident Adelaida Battad Avila reached the century mark in December of 2014. She passed away in Chicago last February 27 and was interred in the Philippines.

She taught elementary school as a single young woman in her hometown of Santo Domingo, Ilocos Sur.  After getting married, her husband Arturo Avila asked her to focus instead on raising their children and taking care of the household.

She was in her early thirties during the Japanese occupation of the Philippines and World War II.

As a mother to her firstborn baby, Napoleon, she was accidentally separated from her husband when a Japanese soldier apprehended her and her baby.

She pleaded to the Japanese soldier to let her and her baby go. The soldier eventually gestured with his hand for them to go, according to her daughter, Elizabeth Elayda.

The baby would have been thrown up in the air and be caught by a Japanese soldier’s bayonet.

Yet, Adelaida managed to take care of herself well. “It was always her habit to take an afternoon nap and she kept this up until she was under the care of a 24-hour daily caregiver,” Elizabeth said.

“She also tended to her gardens outside the house.”

Years later, Elizabeth, who was already in the US, petitioned her mother to come and join her, which “only took a few months to get approved.” Adelaida arrived in June of 1980 at age 67. Subsequently, Adelaida petitioned for her husband, Arturo.

“I know she was always proud of all her grandchildren.  I always felt that she put education as a top priority, and speaking for myself I never wanted to disappoint her.”

“She always sent me a letter (most times with cash) during my birthday,” David added.

“There was a dish that I always fond of that my grandmother made whenever I was hungry or wanted a quick snack.  She would take leftover rice, put in a couple scoops of the Nestle Quik powder, and add water and mix it all up. I could never duplicate the way she made it taste.” 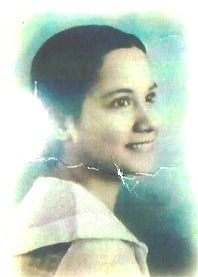 Adelaida’s husband predeceased her in 1989 at the age of 75.

Several factors may have contributed to her longevity.

According to the website The Centenarian UK, a physical commonality of centenarians is not showing any signs of cognitive difficulties or dementia before the age of 92.

Adelaida was able to add two-digit numbers and could still spell words with 100 percent accuracy at age 100, but that ability declined as she advanced in age, according to Elizabeth.

At age 100, she developed early stages of dementia.  Adelaida had also developed high blood pressure and atrial fibrillation (irregular heartbeat). Adelaida’s son, Arturo Avila, Jr., took care of her until she was aged 95.

“Being in America also helped in prolonging her good quality of life from the special services she got from the state–hospitalization, therapy and homemaker services, and support from her children and their spouses,” Elizabeth explained.

Although she had much care, and practical nurses around the clock, she declined a recommended pacemaker placement and kypoplasty surgeries, which probably would have prolonged her life further, Elizabeth said.

She added that her mother was only hospitalized once while being in the US since 1987.

Another physical commonality centenarians share according to The Centenarian UK is having a lean body. Adelaida kept a consistent diet.

“She ate oatmeal for breakfast every day. She liked to eat spinach and broccoli and avoided fatty foods, which helped her keep a slim figure,” according to Elizabeth.
A third physical commonality the website mentions is having “at least one other long-lived close relative in their family histories.”

Among eight siblings, Adelaida was one of four who reached the age of 80, along with her father Severino B. Battad, who passed away at the age of 80 in 1970.

So, I hope you took note—that is if you want to reach the century mark. Just like Lola Adelaida.