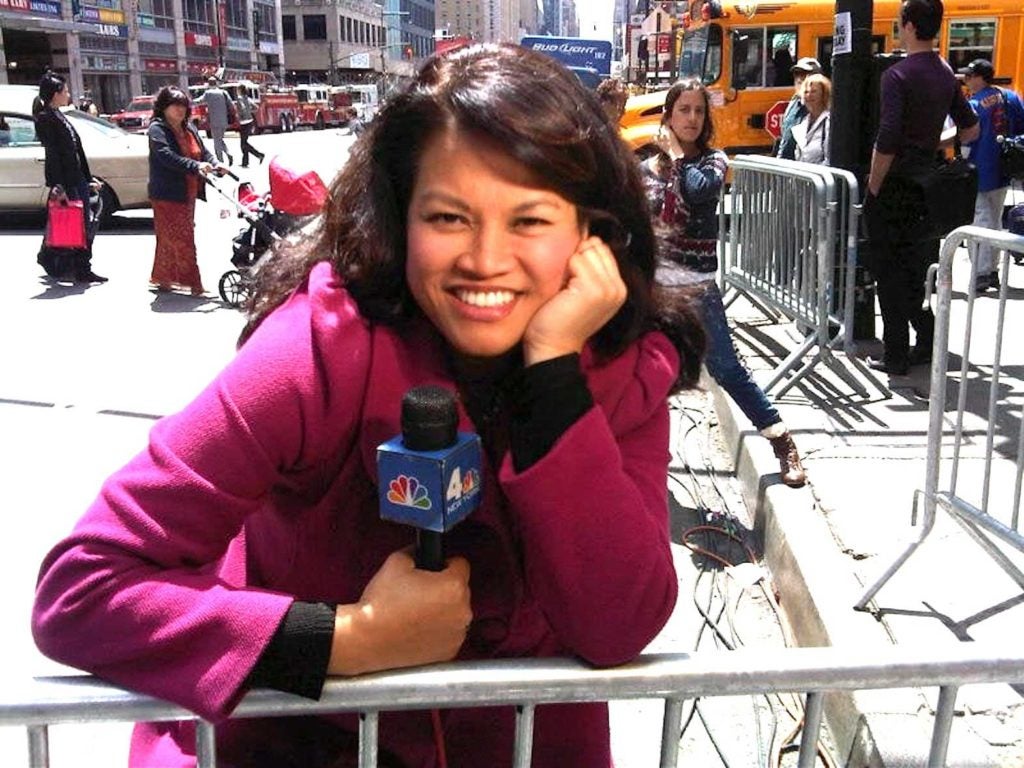 Katherine Creag was ‘a stalwart of New York City’s mornings for years.’ FACEBOOK

NEW YORK – The sudden death of WNBC News 4 journalist Katherine Creag came as a shock to the Filipino American community, especially to colleagues in the industry.

The well-loved journalist’s death from a still-unknown cause was reported by WNBC on February 11. She was not ill and worked as recently as Wednesday morning, Feb. 10, the station said.

A native of Manila,  Creag had a passion for Filipino food and was the first to alert colleagues to a new spot to try, NBC New York reported.

“Katherine Creag, a beloved member of the News 4 family who was a stalwart of New York City’s mornings on ‘Today in New York’ for years, passed away suddenly Wednesday evening.” She joined WNBC in 2011 after working as a reporter for FOX 5.

“For 10 years Kat was one of our cornerstones, always willing to help in any situation, whether it was a colleague in need or a shift that needed to be covered. She was thoughtful, funny and relentless. And even on the toughest days she was a bright light, quick with a kind word and a smile,” WNBC’s vice president of news, Amy Morris, said in an email to the staff as reported in the news. The daily news program ‘Today in New York’ ran from 4:30 a.m. to 7 a.m.

Katherine Creag is survived by husband of 14 years, Bill Gafner, and their children Jack, Gemma and Josie.

“To know Kat was to adore her,” writes Hazel Sanchez, a reporter for CBS News, on Facebook. “Super hilarious, super smart, super mom.” 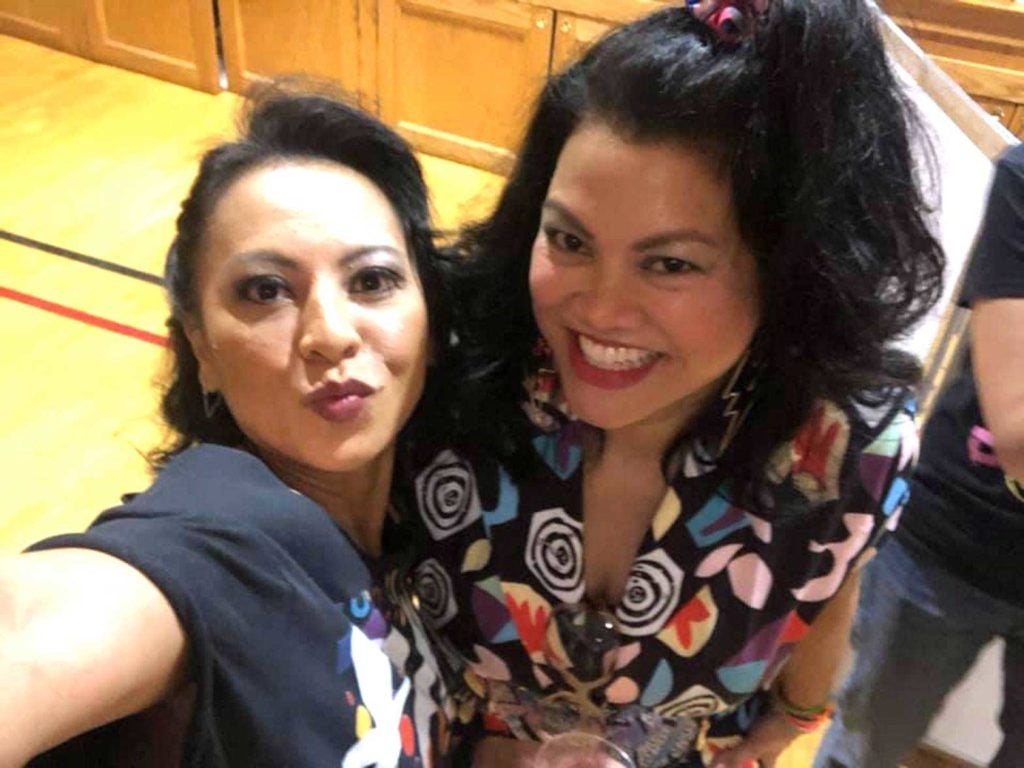 Hazel remembers, “I was always so excited when our shifts would overlap and we’d run into each other in the field. Her infectious smile and bellowing laugh, it was impossible to not get taken by her joyful spirit.”

Although they worked at competing stations Hazel said she and Katherine “instantly connected.”

“It’s just something Filipinos do… you meet another Filipino and instantly you’re family. I remember her filling out Gemma’s Kindergarten application for SILS (St. Ignatius Loyola School on the Upper East Side) while we were both covering an accident in New Jersey… and despite the time crunch… she paused to tell me about how wonderful the school was and how my girls would have to apply once they were old enough. Needless to say, her guidance led us there and I officially joined the SILS Filipina Moms Mafia in 2018.” 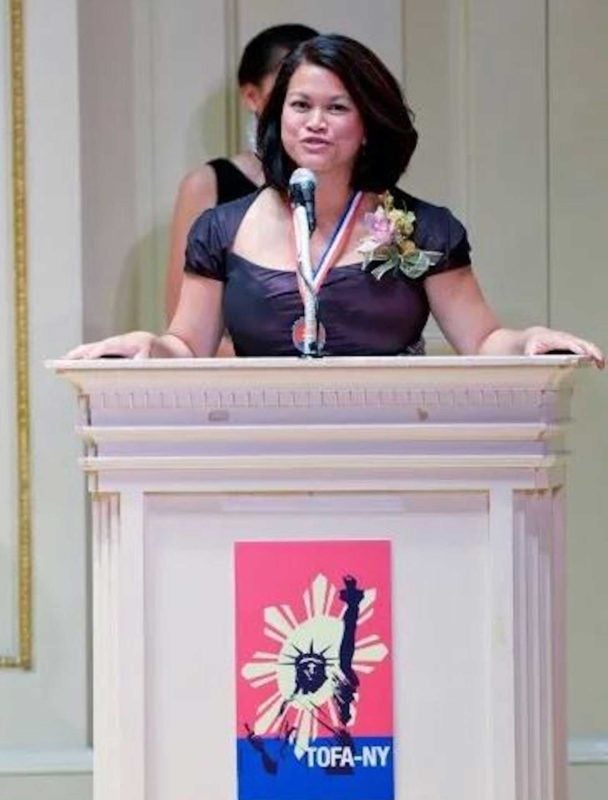 Katherine Creag when she emceed The Outstanding Filipino Americans in New York in 2013. RJ ENSALADA

“I will miss our fearless Pinay leader, our ‘80s hip hop dance battles and that “THIS IS GOING TO BE EPIC!” feeling I got every time I’d see her at an event,” says Hazel.

Nina Pineda of ABC writes that she and Katherine were like “Two Filipinas from another mother.”

She recalls on Facebook how Katherine  “stayed up way past her bedtime, but still traveled to Jersey on a weeknight surprising me in 2015 when I was honored for volunteer work at a local charity supporting @womensrightscenter. That’s what she did, the late @katcreagnyc, always supported her friends, colleagues and the people whose lives she touched.”

As a reporter, Katherine was always “reporting stories on a grueling shift with that GIANT smile,” writes Nina. “Her crew was like family to her and her own family, so cherished, so adored and loved so fiercely by their mama bear.”

“The world lost a radiant light,” Nina ends her post. @The Filam