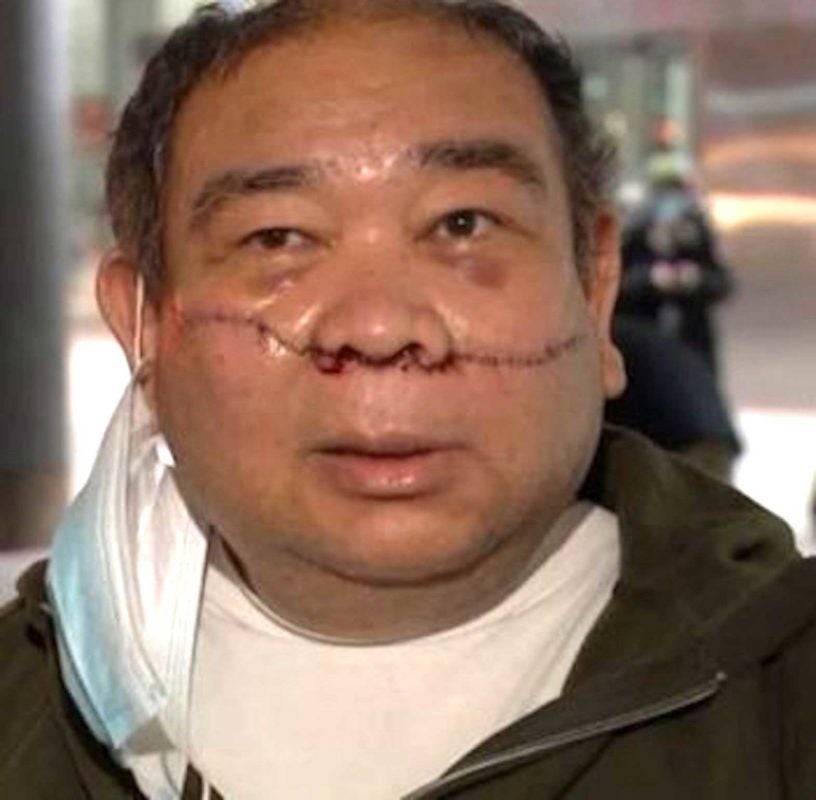 Noel Quintana was on his way to one of his two jobs when a disturbed man slashed him in the face without provocation. SCREENSHOT ABC7

NEW YORK – A Filipino on his way to work on the L subway train was slashed across the face last Wednesday morning after he got into a dispute with another man.

Noel Quintana, 61, told ABC7 Eyewitness News that the suspect was kicking his backpack during the commute. When Quintana asked him to stop, the man attacked him and ran away when the train stopped at First Avenue and 14th Street.

Bleeding, Quintana stumbled off the train, afraid he was going to die because nobody was helping him. A ticket booth attendant noticed him and called 911. He was taken to Bellevue Hospital for treatment and is now in stable condition.

Police are now searching for the suspect, who was seen wearing a black mask with a Louis Vuitton logo and a black North Face coat.

Qunitana, who works two jobs, says that he was on his way to one of them at 8.30 a.m. when a disturbed man approached him and began kicking his backpack, which was sitting on the floor of the train.

“I said, ‘What’s wrong with you?’ and I went toward the door to get away from him,” Quintana told the Daily News. 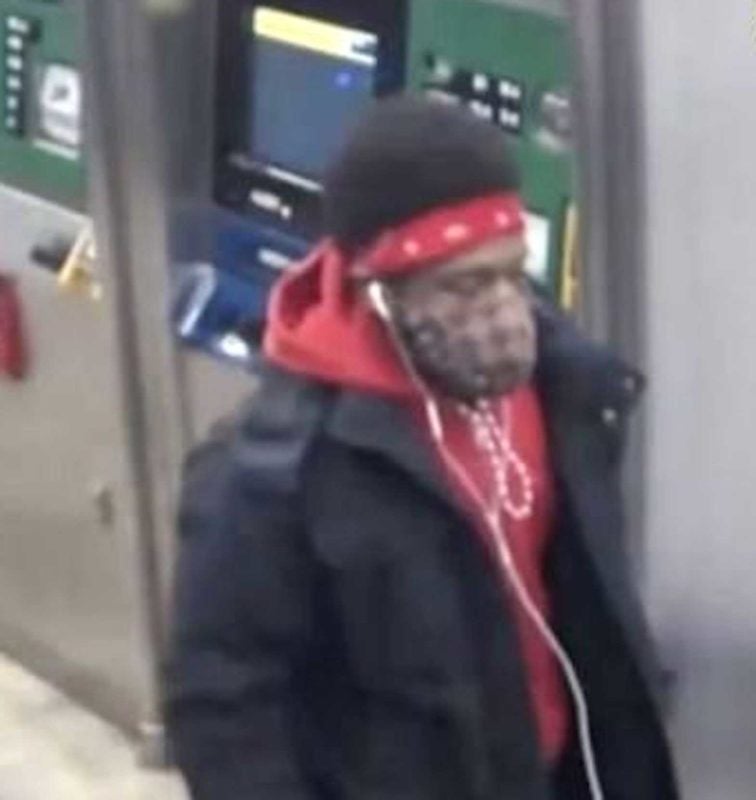 Security camera photo of the man suspected of slashing Noel Quintana in the face in an unprovoked attack.(NYPD Crime Stoppers)

The man struck Quintana. “I thought he punched me or something — and when I saw the reaction of the people in the train I thought I was hit,’ Quintana said. It was only when he touched his face and saw the blood on his hands that he realized he’d been slashed with a sharp object.

According to the New York Post, this incident is the latest in a series of subway crime problems. NYPD statistics show major crimes have gone down more than 50% this year compared to last year.

On Thursday morning,   a woman  her 40s was pushed in front of a train at Union Station. The womanmiraculously survived by rolling between the tracks as the train passed over her.

A suspect, Aditya Vemulapati, was held at the scene by transit workers and charged with attempted murder, felony assault, and reckless endangerment. His last known address is in Michigan and he is believed to be homeless.

According to the NYPD, there were 16 subway pushing incidents in all of 2019. So far this year, there have been just as many.