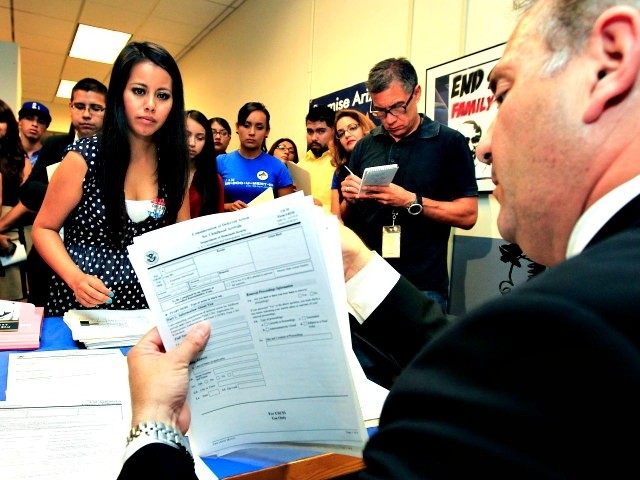 NEW YORK — For certain Filipino workers applying for a green card, the Trump administration has just added another hurdle for them to overcome.

U.S. Citizenship and Immigration Services (USCIS) announced yesterday, August 28, that those who are on work visas and applying for permanent residence are now required to go through an in-person interview, a step that could slow down the application process and make it more difficult for the applicant.

The new policy will go into effect on October 1 this year.

In the past, USCIS did not require an interview for employment-based applicants, especially if the employer petitioning for the green card is the same as the one that sponsored the applicant’s initial work visa, or known as H1B visa. An interview for those green card applicants of extraordinary ability was also generally waived.

“With this Trump initiative, it would be much tougher for Filipino workers or other immigrants to get a green card from their employer,” said Mildred, 41, a Filipina nurse who came to the United States on a tourist visa in 2010. She adjusted her immigration status to permanent resident through her employment with a nursing home.

The Philadelphia, Pennsylvania resident recalled that her employer filed a green card application on her behalf and, without having to go through an interview, she received the green card nearly three years later.

“It took a while to process, but it was a lot easier,” she said.

Further, USCIS had the ability to waive an interview for refugees and those who were granted asylum and are petitioning for their relatives to join them in the United States. The reason was that they were already interviewed or vetted previously by an asylum or refugee officer before they entered the country.

But things are about to change.

The new directive serves as an expansion of Trump’s Executive Order 13780, “Protecting the Nation from Foreign Terrorist Entry Into the United States,” or known as the travel ban. It is also part of the strategy of the administration to detect and prevent fraud.

Since the presidential campaign last year Trump has railed against illegal immigration, promising to build a border wall with Mexico and to clamp down on reported abuse of the U.S. immigration system. 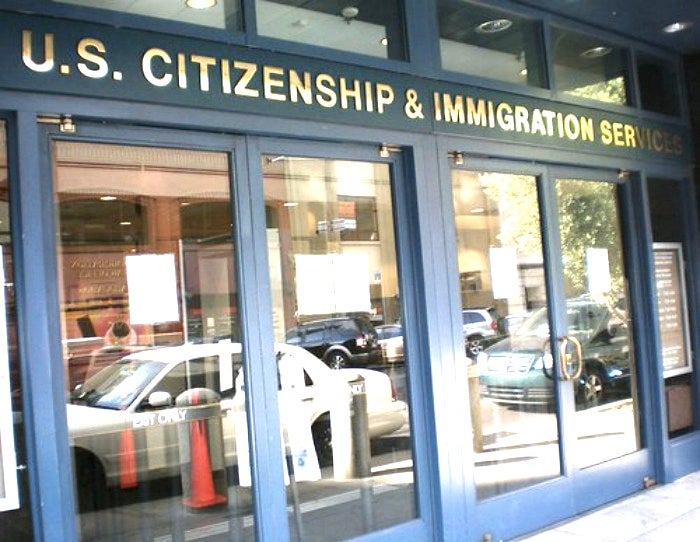 “USCIS and our federal partners are working collaboratively to develop more robust screening and vetting procedures for individuals seeking immigration benefits to reside in the United States,” McCament added.

Application from US vs. abroad

According to the USCIS website, there are two ways to apply for a green card.

But if the person is already in the United States, he or she can apply for permanent residence without having to return to the person’s home country. This pathway is called adjustment of status, where an interview could be waived in the past.

Filipino immigrants are more likely to become lawful permanent residents (LPRs) through employment-based preferences (19 percent) than the overall LPR population (16 percent), according to a report. They had initially come to the United States on a tourist, business or student visa and eventually found an employer that sponsored their work visa.

In 2013, the report also showed that less than 0.1 percent Filipinos obtained their green cards through refugee or asylum status, compared with 12 percent of the total LPR population.

When the new interview policy gets enforced, according to the recent findings of the Department of Homeland Security, about 145,000 green card applicants through employment-based preferences will be affected.

In a press release issued by the USCIS this week, it says: “Conducting in-person interviews will provide USCIS officers with the opportunity to verify the information provided in an individual’s application, [and] to discover new information that may be relevant to the adjudication process.”

USCIS also added that the new policy “will determine the credibility of the applicant” who is obtaining a green card.