Trump nixes call to testify at his impeachment trial

Trump nixes call to testify at his impeachment trial 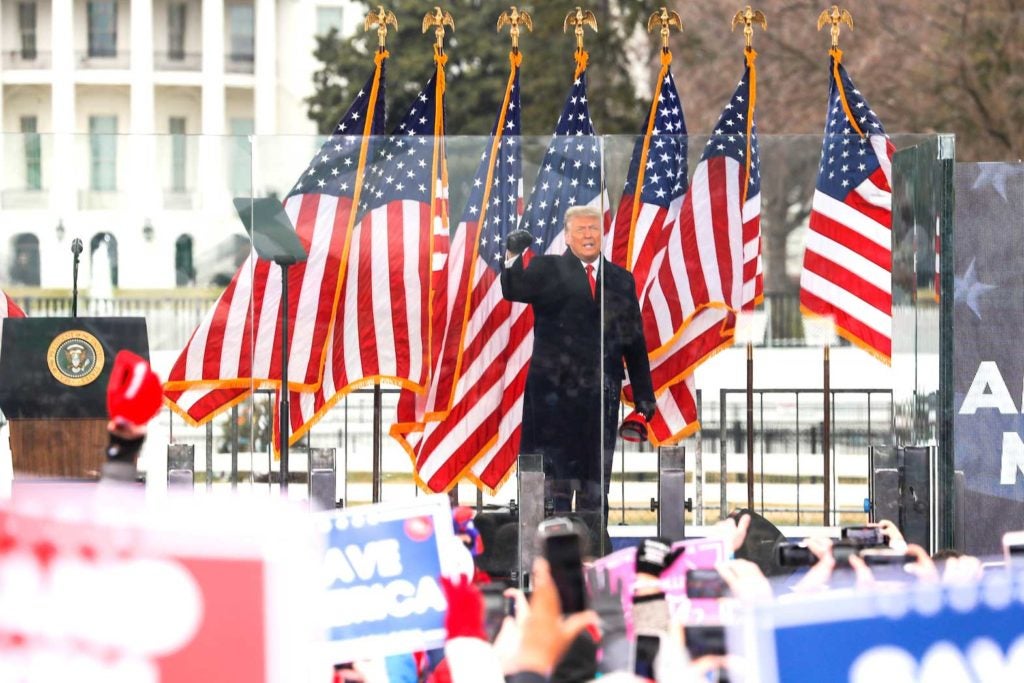 WASHINGTON – Former President Donald Trump’s lawyers on Thursday rejected a request from Democrats to testify at his impeachment trial in the U.S. Senate next week, dismissing their invitation as a “public relations stunt.”

Democrats in the House of Representatives accuse Trump of inciting insurrection when he urged supporters to “fight” his election defeat before they stormed the Capitol on Jan. 6, fought with police and sent lawmakers scrambling for safety.

“The president will not testify in an unconstitutional proceeding,” Trump adviser Jason Miller told Reuters. In an open letter, Trump’s attorneys, Bruce Castor and David Schoen, called the request a “public relations stunt.”

The attorneys this week rejected the impeachment charge and asserted that Trump’s claims his Nov. 3 election defeat was the result of widespread fraud – which were baseless – were protected by the First Amendment of the U.S. Constitution.

Democratic lawmaker Jamie Raskin, the lead House impeachment manager, wrote in a letter to the Republican Trump and his attorney inviting the former president, who left office on Jan. 20, to provide testimony under oath.

“If you decline this invitation, we reserve any and all rights, including the right to establish at trial that your refusal to testify supports a strong adverse inference regarding your actions (and inaction) on January 6, 2021,” Raskin wrote.

Castor told Reuters that Trump was within his rights in rejecting the request.

“The burden is on the House to prove their case,” Castor said. “I’m not going to help them meet their burden.”

Several senators said it would have been a bad idea for Trump to testify. Republican Senator Lindsey Graham, a vocal Trump ally, told reporters: “I don’t think that would be in anybody’s interest.”

For two months after losing his re-election bid to Democratic President Joe Biden, Trump loudly argued that he lost due to rampant electoral fraud, claims that were rejected by multiple courts and state election officials.

Trump’s lawyers and most Republican senators have challenged the constitutionality of the trial. They have said the Senate does not have the authority to hear the case because Trump has already left office and cannot be removed.

Such an argument would allow Republican senators – who hold half the seats in the chamber – to vote against Trump’s conviction on procedural concerns instead of directly supporting his comments.

A two-thirds majority of the 100-member Senate would have to support the charge to convict Trump, meaning 17 Republicans would need to join all 50 Democrats in backing it.

The Senate impeachment trial of Trump, the first U.S. president to be impeached twice, is due to begin on Tuesday.

Trump’s first impeachment trial, on charges of abuse of power and obstructing Congress after he appeared to pressure the president of Ukraine to investigate Biden and his son, resulted in an acquittal last year by the Senate, where Republicans held the majority at the time and denied Democrats’ attempts to present witnesses.