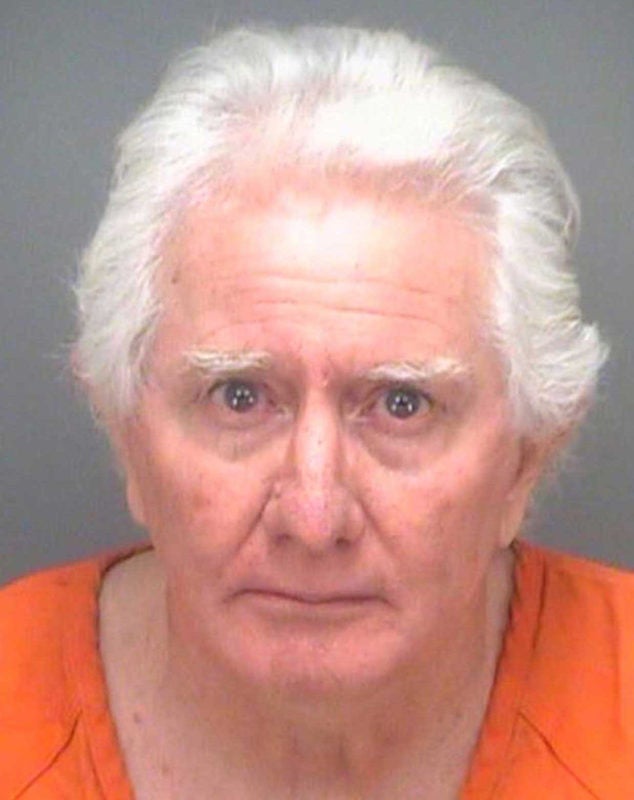 TAMPA – Christopher John Streeter, 63, of Land O’Lakes was sentenced life in federal prison for sex trafficking of a child under the age of 14.

From Sept. 2018 through June 2019, Streeter directly participated in a scheme that sexually exploited children in the Philippines in order to produce child sex-abuse videos for his consumption.

Over that period, Streeter worked with Philippines-based accomplices to recruit children to engage in sex acts on camera. The child victims—some of whom were as young as 12 and 13—were particularly vulnerable due to poverty and illness.

Streeter sent payments to the Philippines in exchange for depictions of the victims engaging in sex acts. The money that Streeter remitted covered various recording production costs, such as hotel rooms, transportation, and a commission for the recruiters. In return, Streeter received videos and images of children involved in various sex acts that tracked Streeter’s directives.

Streeter negotiated and paid a premium for videos and images depicting female children losing their virginity and being harmed by other forms of sexual violence. He also negotiated and paid a premium for media depicting female children being placed at risk of pregnancy, including additional payment for emergency contraception pills and, occasionally, for abortions.

One of Streeter’s victims was a 12-year-old girl from Ozamis, Philippines. In 2018 and 2019, Streeter communicated with a Philippine recruiter in Ozamis named Analyn Tababini. On multiple occasions, while in the Tampa Bay area, Streeter paid Tababini to arrange for sex-abuse videos to be made of the victim.

The monies covered production costs, including the male abuser, money for the victim, hotel expenses, and a commission for Tababini. In return, Tababini sent Streeter several videos of the sexual abuse of the victim. At one point, Streeter voiced displeasure with the videos not depicting insemination of the victim and ordered Tababini to purchase and make the victim take emergency contraception for future videos.

Homeland Security Investigations Transnational National Criminal Investigative Unit in Manila discovered that Tababini, in addition to working for Streeter, has facilitated internet sex shows of minors in exchange for payment from an array of international clientele.

In a recent, coordinated operation conducted by the Philippine National Police in Ozamis, Philippines, six of Tababini’s child sex-trafficking victims (including Streeter’s 12-year-old victim) were rescued by the Philippine Department of Social Welfare and Development. Philippine authorities also arrested Tababini and executed three search warrants in support of their continuing investigation.

“I am proud of the partnership that we have with the Department of Homeland Security,” said Pasco Sheriff Chris Nocco. “We are proud of the hard work of our members that resulted in saving children and getting the perpetuator of these heinous acts out of our community.”

This case was investigated by Homeland Security Investigations (Tampa and Manila), with assistance from the Pasco Sheriff’s Office. It was prosecuted by Assistant United States Attorney Frank Murray.

This case was brought as part of the Tampa Bay Human Trafficking Task Force of the Middle District of Florida; one of 13 Task Forces in the country to receive grant funding from the Department of Justice’s Bureau of Justice Assistance.

MOST READ
usa MagSafe: Effortless and wireless charging for iPhones
usa Elon Musk Twitter Bid Restructured and Nearly Complete
usa University of Hawaii names nursing school after PH-born nurse
usa Highway marker honoring Filipino sailors who settled in Virginia to be unveiled
usa Donato Dennis Agalli and Rafael Shamsiev Host Fundraising Reception for U.S. Senate Candidate for New York Joe Pinion
usa Available vaccines, treatments for fighting monkeypox
usa Sony to ramp up PS5 production and expand games portfolio
DID YOU KNOW?
The Best Kindle of 2022: Which one should you buy?
A Beginner’s Guide to Buying a Vacuum Cleaner in 2022
Island Hopping in Tulum: The 12 Best All-Inclusive Tulum Resorts
How to Dispute a Debt and Win | Simple Tactics
The 12 Best Lat Exercises for Muscle Growth
Countdown to summer: tips for learning how to surf