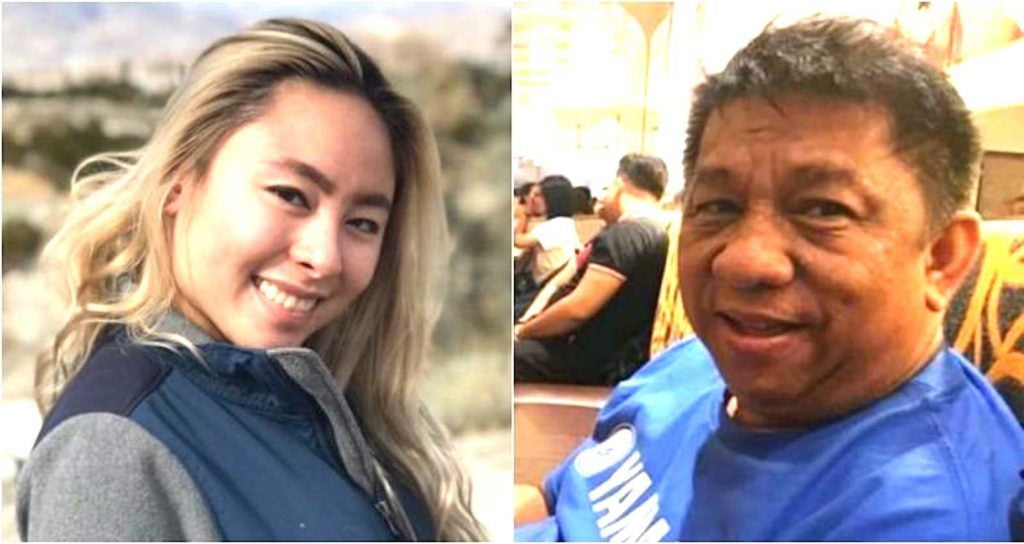 LOS ANGELES — A Filipino father and his daughter were electrocuted in their own home in the Panorama City neighborhood of LA in the early hours on Monday, Jan. 25.

The victims, who died at the scene of the accident, were identified by the coroner’s office as Ferdinand Tejada, 53, and Janine Reyn Tejada, 20, according to a San Fernando Valley Sun report. Firefighters went to the family’s home in the 14700 block of Tupper Street about 2:45 a.m.

Ferdinand Tejada was reportedly born in the Philippines and Janine Reyn Tejada was a graduate of Granada Hills Charter High School and studied Science in Nursing at West Coast University, according to a Facebook post.

According to media reports, Ferdinand Tejada went outside after he heard a “loud pop” in the backyard. He was electrocuted when he came into contact with live electrical wires. His daughter went to his aid and also was electrocuted.

Authorities said both the father and daughter died immediately, and that emergency crews had to wait for the power supply to be turned off before approaching the victims.

Ferdinand Tejada’s wife told authorities she felt a shock from the electric current but managed to get away and called 911. She was told to stay inside until emergency crews arrived, media reported.

A video captured by a neighbor showed an orange glow from a fire sparked by the electrocution, while firefighters kept their distance. Power was shut off in the immediate area by utility crews. The Los Angeles Police Department was investigating.

The Los Angeles Department of Water and Power (LADWP), sent a crew to the site on Monday to reconnect power to the area, and was also investigating the incident.

It is not clear what caused the power lines to come down in the Tejada home. Authorities were looking into fierce winds that hit the Valley last week as well as the rainstorm that hit the area late Sunday night into Monday morning as probable causes.

The LADWP also cautioned people about the dangers of coming into contact with downed power lines. “These two tragic deaths are a sobering reminder that live electrical wires can and will often result in death. Don’t get near or touch a downed power line. If you see a downed line, stay away and immediately call 9-1-1,” the agency said in a statement.

“Contacting electric equipment is extremely dangerous. Always assume that the power is on. Electrical equipment and wires often carry thousands of volts of electricity and are never safe to handle by anyone other than a qualified and trained electrical worker.

“Anyone coming across a victim lying near, or in contact with, downed wires or electrical equipment should keep a safe distance and not attempt to touch the victim. The current that incapacitates a victim can also harm would-be rescuers. Instead, call emergency services immediately,” the statement said.

An average of more than 400 electrocutions occur in the country annually, most of them impacting construction workers. About 180 of them are related to consumer products, according to the US Consumer Product Safety Commission. The National Safety Council reports that electrical hazards cause approximately 4,000 injuries every year.