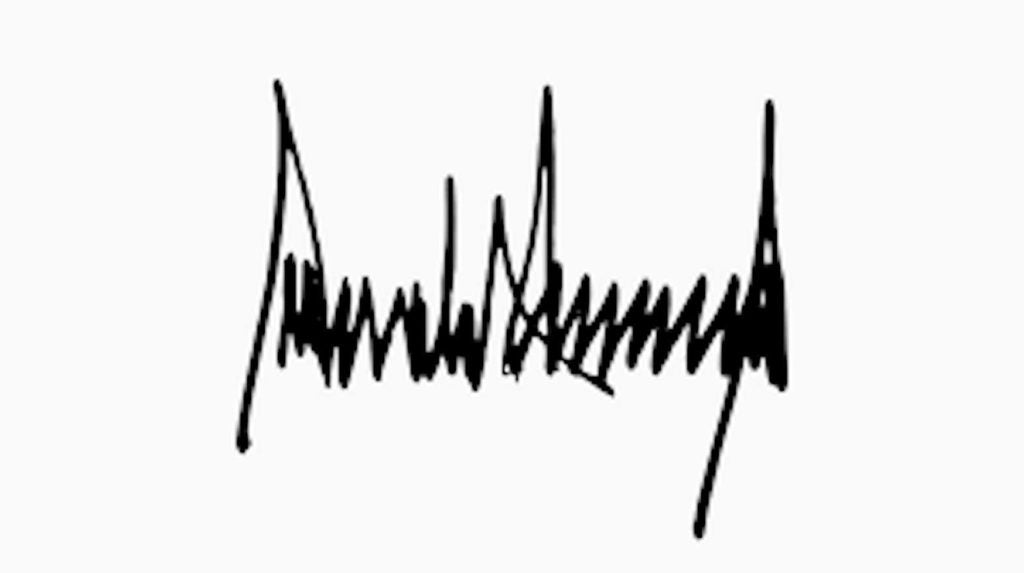 It wasn’t an all-white mob at the Capitol for the Jan. 6 Insurrection. At least one Filipino American was there holding up a Filipino broom, to sweep away the Congress. Not sure if he was charged and arrested. But it’s unlikely he or another Filipino American, Cesar Sayoc, now serving 20 years for being a Trump bomber got a pardon.

At the last minute, the White House released the names of 70 people who were pardoned, plus another 73 whose sentences were commuted. No one was named Trump, but one was  bigtime crony Steve Bannon, Trump’s former chief strategist who was charged with misusing funds given by Trump supporters to build that infamous southern border Wall. Bannon also helped whip up the frenzy on Jan. 6, so maybe Trump wanted to reward him for that. And in the future.  Working with a pardoned criminal always looks good.

So unless a state charges Bannon, he’s cleared by the Feds. Still, what do we do with all the others who on Jan. 6 turned the country upside down? It is more than an Orwellian thought.

In 2021, when lies are truth, and losers insist that they won,  it’s positively Trumpian.

Two weeks  after the Jan. 6 insurrection, we’re all still picking up the shards of our shattered democracy. And as we reassemble for a more virtual inaugural, it’s hard to imagine how much damage has been done to  America’s psyche, not just in the last two weeks, but the last four years.

Here I am 3,000 miles away from a troop-fortified DC, in my own demilitarized zone of the U.S., and from here, the peaceful transfer of power PT—Post-Trump—sure doesn’t look like the good ole U.S. of A.

When I attended the first Obama Inaugural, it was so freezing cold, my fingers turned white and numb at all the outdoor  events. But there was still a warmth and exuberance, from the throngs of people, of all ages, races and political persuasions. The talk of unity and hope was real.

It didn’t last two Obama terms, but at least people listened to each other during inaugural week.

Today, we are witnessing a strange kind of history. We are at such a low point, we need to be reminded how great this country is again. But it’s a Covid inaugural where flags stand in the mall instead of people. Instead of joy and excitement, there’s a solemn emptiness. Almost funereal.  Some of it was beautiful like  Tuesday’s quiet remembrance of those claimed by the virus. But add that to the  fear of Trump insurrectionists layered over Washington,  and you see how damaged our country is.

And yet, we should be happy, simply because we were able to vote out the one man who was the gravest threat to our country—the soon to be ex-president of the U.S.

He’s the reason things are so different now. But at least now, we can begin the great undoing. The executive orders rescinding the Muslim travel ban, immigration, DACA, the environment, you name it. All of it. Trump pushed the pendulum one way. We are finally  pushing it back.

Trump still has a few things to do. Like issue hundreds of pardons, although we’re told  he won’t be pardoning himself. That would implicate guilt.

But first, I thought I’d send a letter to Donald Trump. He’s still banned from Twitter, after all, and for what he did to us, he deserves a personal note.

Dear Mr. President For Not Very Much Longer:

I know you’re busy and had to leave Washington early, though for some of us not soon enough.

Still, it wasn’t like you were a “thief in the night.” It was broad daylight, and at least you’re leaving  on a nice rental–Air Force One. (Please, don’t forget to clean up and leave the spare key.)

In honor of the dying gasps of your presidency, I thought we’d try something new to commemorate the occasion:  a letter (and not a resignation letter) from an Asian American not married to Mitch McConnell.

I think both Mr. and Mrs. Mitch McConnell hate you now. Me? I am merely frequently intolerant (Not enough to make your enemies list, sadly.)

But McConnell now has said publicly that the insurrectionists were “provoked by the president.” Wow. That just improved your chances of conviction in the second impeachment trial.

Congratulations! You shall be the worst!

It’s your destiny with history, even though I know you shy away from the historical showbiz part of politics. Inaugurals? Pshaw! Kissing new first ladies? You had Stormy Daniels. And we know, you prefer to grab more than a peck on the cheek.

And then there’s shaking hands with the incoming POTUS.  I know, in a pandemic? You’re just doing some of that smart social distancing.

Your early exit is understandable. Can’t miss a tee time.

Still, it’s a shame that it doesn’t appear you left a letter to the next white-guy-in-chief.  As you know, it’s one of those traditions.  I know you probably did something more personal, or a touch prankish, like locking all the White House TVs to Fox. Ah, the Trump touch.  You jokester.

Back to this letter idea. President Obama did take the time and left you a letter. And wasn’t it a nice lift on your first day to get a note from the man who gave you your first mega-conspiracy, birtherism?

What grace your arch enemy showed to leave you some wise advice for the future.

“We are just temporary occupants of this office,” Obama wrote. “That makes us guardians of those democratic institutions and traditions — like rule of law, separation of powers, equal protection and civil liberties — that our forebears fought and bled for. Regardless of the push and pull of daily politics, it’s up to us to leave those instruments of our democracy at least as strong as we found them.”

And look at how wonderfully wise you were to ignore every single word Obama left for you. Like you had no interest in the historical nature of the job you fell into.

So I am offering to draft a letter to Biden for you. Gratis. You were my president. I wrote speeches for a congressman.  And I will keep it to well under a tweet (which, unfortunately, you’re still banned from, but I would be happy to let you use my @emilamok or @AAPundit).

Here’s “your” letter to President Biden:

I won. By a landslide.

“C’est tout,”  as your pal Macron might say. It’s you. And all of it memorializing the biggest of the more than 30,000 lies you’ve told during the presidency.

There is none bigger.

We can leave it tucked under the frame of Andrew Jackson in the oval office. Or in the mouth of a stuffed effigy of Mike Pence. (Does that exist? Or is it just my imagination?)

And you can sign it with your choice of expletive, and with that signature of yours (the one that looks like an abstract of three hooded Klansmen riding in a posse coming for “others”).

It’s the same signature used on all those executive orders that ravaged travelling Muslims, immigrants, people of color, DACA recipients, all the “others” you don’t like.

If only you wrote out  “Chinese Virus” and “Kung Flu,” we’d have those damning words in your hand. But it was only spoken. All Asian Americans, including Filipinos,  felt the sting each time.

Just think, all of that was in defiance of Obama’s words. You showed him.

America is so much worse than you found it.

For a while, like when you gassed the BLM folks so you can hold a bible, it seemed like you were heading for martial law. Those of us whose ancestors hailed from America’s First Colony, the Philippines,  recognized the pattern from the start. You came close. Add the racism and xenophobia, and you had the great recipe.

But time ran out and you left the country where insurrection is a real fear and where at least true Trumpers like Lindsey Graham, Ted Cruz, and Josh Hawley know the next step–if only they had the courage of your hair color.

Thank god, they are mere pale replicas of you.

It took you to  leave America doubting itself, its institutions, and its abilities. Lying about a stolen election was your master stroke. Putin couldn’t have done a better job to make American citizens hate their own country and want to take it down.

But now I’m rambling like you do at your rallies. Do consider my speech offer. Good luck on life’s 19th hole.

And if you need a suggestion for the Trump library (Or will you just have a Trump Comic Con?), here’s one. You really just need one book: The Turner Diaries, by William Luther Pierce, about how a race war and the extermination of whites fuel the violent overthrow of the federal government. Wow. Art imitates life.

By the way. America just surpassed 400,000 Coronavirus deaths. An historical moment to go with your 30,000 lies — 74 million votes, the most ever in a losing cause. And your double impeachments.

What a baseball card you would have had! Wish you were a better president.

A native-born, American Filipino citizen of the U.S.A.

DASHING OFF THAT LETTER…
…was like a cleanse. After four years, what would be better for unity, but for all of us to jump in the reflecting pool and bathe.

After four years of Trump, we could all use a bath. Trump didn’t leave a letter. But he did record a video.

It was full of self-serving lies like, “The World respects us again. Please don’t lose that respect.” Really?

Has he seen what people are saying around the world about our crippled democracy? How about this one: “I want you to know that the movement we started is only just beginning…There’s never been anything like it.”

You mean he really is planning a sequel to Jan. 6?

“This week we inaugurate a new administration and pray for its success in keeping America safe and prosperous,” the president said.  “We extend our best wishes. And we also want them to have luck, a very important word.”

That was the most empathetic and least self-serving thing he said. He used the word “luck.”

Is that how he was able to do all the bad that he did? Things that would have sunk any other politician? I guess he’ll find his luck has run out.

And maybe ours is just beginning. Joe Biden is starting his first day going to a Catholic Mass. Prayer may beget luck. So let’s be optimistic.

Both he and Harris are saying the right things, and both seem poised for all that’s needed for the great undoing. Biden’s a calm, quiet,  empathetic leader who is ready to put the people and not himself, first. Getting the virus under control. Getting vaccines into arms.  Getting more  normal into our lives.

That’s the base line for hope in America.

Emil Guillermo is a journalist and commentator. He writes a column for the North American Bureau of Inquirer.net. He vlogs at www.amok.com