More than 22,000 Filipinos could legalize if new DREAM Act passes

More than 22,000 Filipinos could legalize if new DREAM Act passes 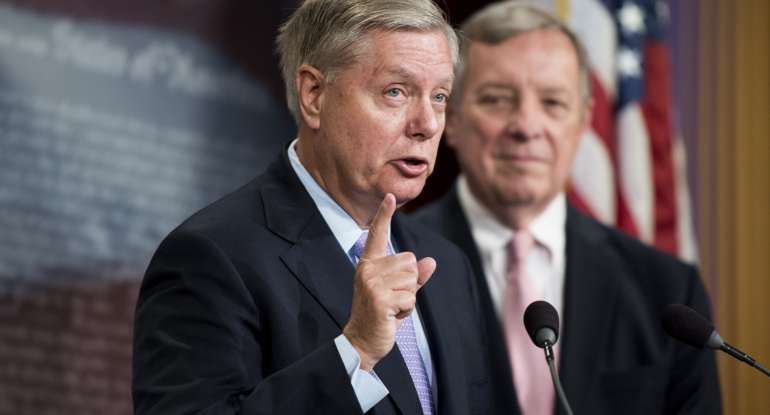 NEW YORK, NY — Francisco Ramirez is an undocumented Filipino immigrant. His parents brought him to the United States when he was five years old.

When Pres. Barack Obama first introduced the Deferred Action for Childhood Arrivals (DACA) program five years ago, Ramirez was ineligible to apply because he had exceeded its age requirement.

“It was heartbreaking,” he said. “I lost a huge opportunity.” The DACA program could have given him a renewable two-year deferred action from deportation and a work permit.

But now the 37-year-old Filipino accountant, who requested not to use his real last name, could have another chance with the DREAM Act of 2017. Sens. Lindsey Graham (R-SC) and Richard Durbin (D-IL) introduced this bill in Congress last month.

This bipartisan DREAM (Development, Relief and Education for Alien Minors) bill, if enacted, may allow Ramirez to permanently legalize his immigration status and eventually obtain a green card.

“It could be the silver lining,” said Ramirez, who is originally from Pampanga, Philippines, a place he has not visited since his whole family left for the U.S. “I am not sure if it will be passed, but I am hopeful.”

Currently, there are about 22,000 undocumented Filipinos who may immediately benefit from the passage of the DREAM Act, according to the latest research findings of the Migration Policy Institute (MPI). This number is solely based on the Filipino population eligible for the DACA program

Jeanne Batalova, senior policy analyst at MPI, said that the number could even be higher if other undocumented Filipinos who entered the country as minors but did not qualify for DACA, like Ramirez, are added.

Future DACA applicants [those who have not turned 15 yet] could also raise the number.

“Perhaps, proportionally, we would see an increase,” Batalova said in a telephone interview. “Filipinos have relatively higher education and English language skills, which would significantly meet the qualifying criteria for the DREAM Act.”

Overall, the study shows that as many as 1.5 million undocumented immigrants who entered the country as children, or known as DREAMers, could get legal permanent residence under the latest DREAM bill.

From Conditional to Permanent

Researchers suggest that given the significant overlap in qualifying criteria between the DACA program and the pending Senate bill, the vast majority of current DACA recipients would, at least, be able to apply for conditional status under the DREAM Act.

The Philippines, along with Colombia and India, ranks seventh in countries with highest DACA-eligible populations. Majority (10,000) of these Filipinos live in California.

If the DREAM Act gets passed, however, it would offer conditional legal status to DREAMers who meet the eligibility requirements, including age at U.S. entry (must be before 16 years old), length of U.S. residence, educational attainment, and a clean criminal record.

After a certain period of residence and upon meeting additional requirements—such as earning a postsecondary education, serving honorably in the military, or holding continuous employment for a certain number of years— qualified DREAMers under this bill could then adjust from conditional legal status to permanent residence.

“The DREAM Act, basically, is an immigration policy that is more comprehensive [than DACA],” added Ariel Ruiz, associate policy analyst at MPI. “It is more inclusive.”

But the number of Filipinos is still among the lowest among the DACA applicants since the program was introduced in 2012.

Of about 18,000 undocumented Filipinos who were brought to the United States as kids and are (immediately qualified) for DACA, only around 5,055 applied and 4,655 of them were approved, as of March 31, 2017, according to the latest U.S. Citizenship and Immigration Services (USCIS) and MPI estimates.

“Multiple studies show that the low application rate among DACA-eligible Filipinos can be attributed to the stigma and fear in the Filipino community to disclose one’s immigration status,” Batalova added. “Filipino parents even hide it [immigration status] from their children, and so the children would only find out that they are undocumented when they need to apply for college.”

Balatova says that there’s constant coverage of issues around DACA in the Spanish-language media—but something that is much lesser seen in the Filipino media in the United States.

“Many Filipinos also think that DACA does not even offer a path to legalization,” Ramirez said. “And because it is just an executive order by Pres. Obama, it could be revoked by Pres. Donald Trump. So a lot of Filipino DREAMers say, ‘What are we going to do now, if that happens’?”

Ruiz of MPI has acknowledged the concerns of Filipinos and other DREAMers. “Those are valid points,” he said.

But because the DREAM Act would provide not just protection from deportation and a work permit but a path to legalization, he believes that, if enacted, more Filipinos would come out of the American shadows and take advantage of that opportunity.

“That could be a strong motivation for them,” he said.