First PH Charter meant to get rid of a dictator

First PH Charter meant to get rid of a dictator 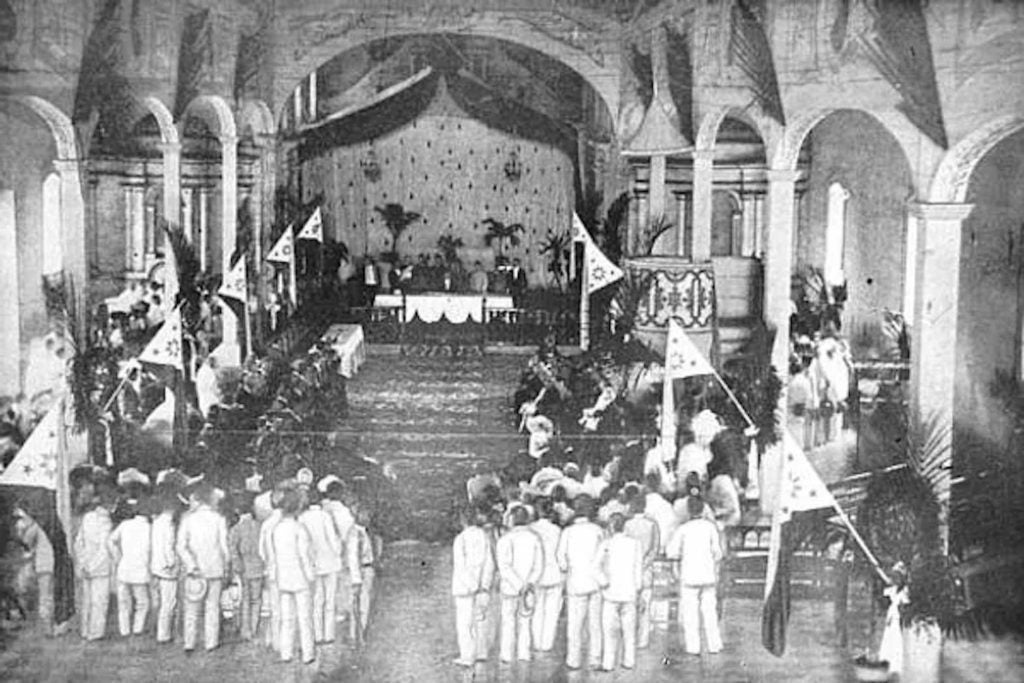 Emilio Aguinaldo was until then the sole and exclusive holder of all powers. On September 15, 1898, the first Philippine President convoked the Malolos Congress that proceeded to write the first Asian Constitution, telling the world that Filipinos did not believe in a benevolent dictator, even if that dictator was Aguinaldo who led them out of the Spanish colonialism like what Moses did to the Israelites enslaved by Egypt.

Among the official Congress delegates were more than 40 lawyers, 18 physicians, 5 pharmacists, two engineers, 7 or more businessmen, 4 agriculturists, 4 educators, 3 officers of the army, and one secular priest, Gregorio Aglipay. All of them were Catholic educated, mostly from the University of Santo Tomas, Ateneo de Manila, and Letran. The Centro Escolar University (1907), UP (1908), Silliman University (1938), UE (1946), and other non-sectarian colleges were yet in limbo. Aguinaldo was a Letranista but discontinued his education due to the outbreak of cholera in 1882.

And yet, at the end, these men, in writing the first charter,  the Malolos Constitution or Constitución Política de 1899, debated in Spanish and Tagalog but written entirely in Spanish, ended their loyalty to their leader when their loyalty to their Motherland began. They patriotically refused to play politics, but only did what was the right thing to do when they tackled the two hotly contested provisions regarding the Church and State relation, and the decision to steer clear of a dictatorial government. Regarding the first, they gave us la separación de la Iglesia y del Estado (Titulo III, Art 5).

Allow me to focus on the second issue. Like the United States Constitution of 1788, the Malolos Constitution outlined the structure of a democratic presidential government. But unlike the United States Constitution, the first Philippine charter was meant for a parliamentary republic, in which the National Assembly, not the people, directly elected the president of the republic. El Presidente de la República sera elegido por mayoría absoluta de votos por la Asamblea… (Titulo VIII, Art. 58).

The Malolos Constitution provides for the separation of powers, establishing the presidency, the legislature, and the judiciary as three parallel structures. Allowing each structure to prevent the abuse of absolute power, the first charter provided that “never can two or more of these powers be given to a person… nor shall the power of the legislative be vested in any single individual,” Nunca podrán reunirse dos o más de estos poderes en una persona o corporación ni depositarse el legislativo en un solo individuo (Titulo II, Art. 4).

It is not difficult to imagine how our forebears came out with constitutional provisions that limited the chief executive’s freedom of action, gave him four years of presidency (eligible for reelection), and a system of checks and balances designed to avoid the tyranny of any one branch, considering that these “men who composed this body were among the ablest natives of the archipelago” (John Taylor), learned and competent, who used their God-given talents to serve the common good and not any personal or family interests.

In that charter, the National Assembly organized a 7-member permanent legislative commission to supervise the president at all times, a specific provision designed to limit (NOT EXTEND) the presidential term and offset any or all types of dictatorial tendencies.

Today, if one of the hidden agenda in the 2021 cha-cha initiative in Congress is to extend officials’ terms of office, then it is exactly the contradiction of the best intention of our forebears for our Motherland, Inang Bayan, in framing the first charter. Our first constitutional framers knew well the lessons of history, that is, there are no benevolent dictators, but only corrupt aspirants to absolute power.

I believe that we, the silent majority, have come of age. Lest Congress forget, when the Marcos dictatorship became a fact, the People Power Revolution became a right.

Jose Mario Bautista Maximiano (facebook.com/josemario.maximiano) is the author of THE SIGNS OF THE TIMES and the Social Doctrine of the Church: An Epistemology(Salesiana, 1991) and MDXXI: 500 YEARS ROMAN CATHOLIC, Volume One (Claretian, 2020).