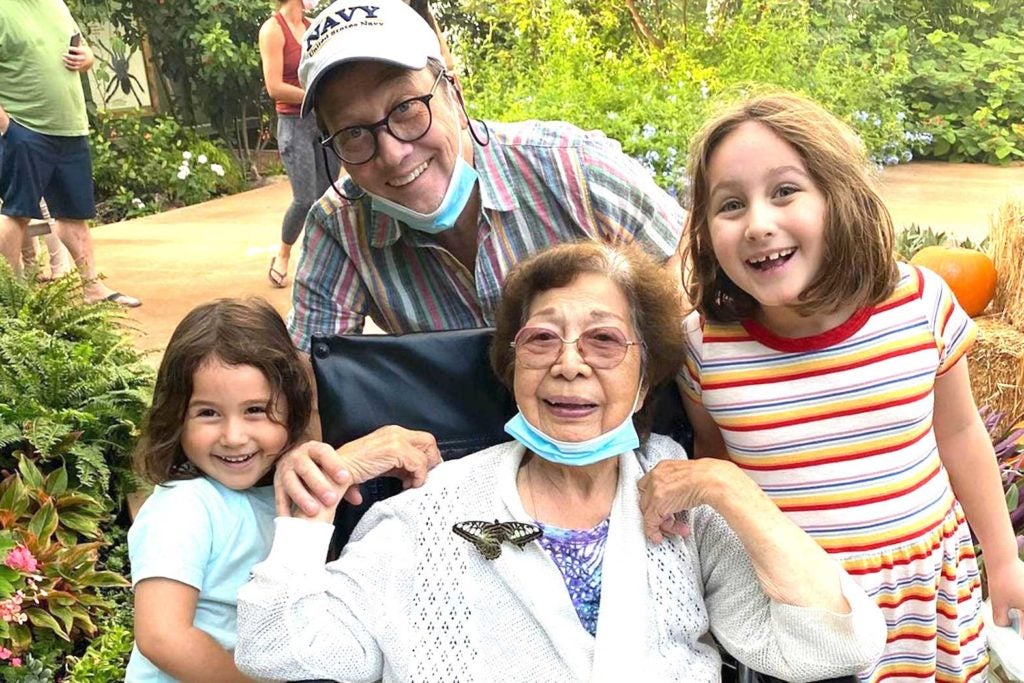 Pilar, seen here with actor Rob Schneider and family members, was vaa member of the Screen Actors Guild, also acted in commercials and some of Rob’s movies. INSTAGRAM

Pilar Schneider, 91, the mother of comedian and actor Rob Schneider, died of natural causes Monday, Jan. 11,      at her home in Pacifica, California.

Pilar Monroe Schneider grew up in the Philippines and moved to the U.S. in the 1950s. She taught in elementary school for nearly 30 years before specializing in special education, according to Variety.

Pilar, a member of the Screen Actors Guild, also acted in commercials and some of Rob’s movies, including “Deuce Bigalow: Male Gigolo,” “ The Animal,” “The Hot Chick” and “Big Stan.”

Rob Schneider wrote a tribute to his mother on Instagram: “Pilar spoke often of joining her beloved husband of 39 years, my lovely father Marvin Schneider.”

Pilar’s other children are producer John Schneider, artist Stanley Schneider and realtor April Schneider Farley. Among her many grandchildren is also singer Elle King, known for her hit song “Ex’s and Oh’s.”

Pilar was twice president of the Pacifica School Board. She and her husband led a foundation that helps local schools provide music teachers and classes.

She is survived by her sister Rose, sister-in-law Lenice, children Stanley, April, John and Rob; step-daughter Linda, and 10 grandchildren and 9 great grandchildren.