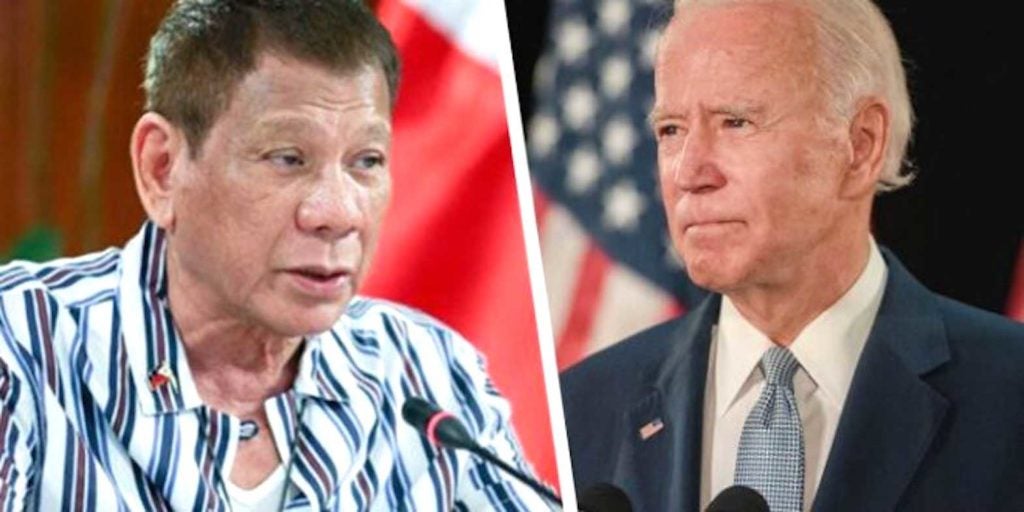 WASHINGTON — The recently concluded presidential election was of intense interest to Filipinos both in the U.S. and in the Philippines. Filipinos backed Joe Biden by at least 60 percent, according to Asian American and Pacific Islander Data, the most reliable Asian American polling firm.

Of all the Asian American groups, however, Fil-Ams were second only to the Vietnamese Americans in their support for Trump. The reasons for voting choices are the usual ones about security, personal freedom and the economy, with plenty of opinions about policing, welfare and immigration.

Trump supporters could point to Trump’s immigration policies, which included a Muslim ban, stopping travel of Chinese to the US, building a border wall, locking up children in cages along the border, slashing asylum approvals, and promoting an America First agenda as a successful foreign policy.

Biden supporters would point to all of the above as a grievous betrayal of American ideals that did nothing to enhance American security and only served to make America weaker and less admirable in the eyes of the world.

In the military when guards are relieved the outgoing guard usually tells the relief that “post and orders remain the same.”  Biden is relieving Trump and it is safe to say that all orders remain the same.  The friendly US-Philippine relationship is one of the most enduring in world diplomacy.  The relationship was birthed in conflict and for 100 years it has withstood the tests of world wars, a cold war, economic upheavals, natural disasters, and political turmoil.

Perhaps of immediate importance to Fil-Ams and Filipinos are the immigration policies of the Biden administration.  There will be no open borders as the Republicans would have you believe, but it is a sure bet that immigration controls will be less penal and more welcoming.

Under President Obama tourist visa approvals for Filipinos was over 75 percent.  Hard to believe because all you hear are the complaints of the refused.  The percentage under Trump was less.   As an aside, because of the pandemic, Disneyland is closed, thus eliminating a favorite reason for Filipino travel to America.

More significantly, the immigrant shaming will stop.  It was clear that Trump’s America First rhetoric was a dog whistle to his supporters that immigrants were not desired. Kung Flu anyone?   That rhetoric is not part of Joe Biden.  America should not have open borders.  No nation can sustain that.  However, those seeking to enter should be accorded dignity and respect.

President Trump and President Duterte by all accounts were on good terms.  Much ink has been spilled comparing the two as authoritarian leaders who trampled on tradition and institutions but still remained popular.  Duterte’s approval ratings are the highest ever for a Philippine president.   There is no reason that Biden and Duterte will not get along.  Duterte congratulated Biden within days of the election, one of the first world leaders to do so.  He recently commuted the sentence of an American Marine who murdered a Filipina.

The biggest sticking point will come in the form of American criticism of perceived human rights abuses by Duterte with respect to his war on drugs and communist and Islamic insurgents.  Duterte bristles at criticism and will use the standard aggrieved outraged responses of sovereignty and mind your own business.  Biden will not engage in direct criticism but don’t expect him to muzzle those who do.

Biden is fully aware of the Philippines sensitivity to foreign interference in its domestic affairs, and you can be sure that his diplomatic and military team will tread lightly when it comes to anything resembling interference.   The linchpin of Philippine foreign policy is independence and self-reliance, something that Duterte is proud of proclaiming.

About the South China Sea and Chinese encroachments on Filipino territory.  Filipinos will look to the U.S. to enforce the ruling of the international courts that ruled in favor of the Philippine position regarding ownership of contested islands.  Biden will not go to war with China over these islands.  One of Trump’s purported foreign affairs successes was his firm stance against China on trade and geopolitics.  Biden will not back down either, but neither will he unnecessarily raise the temperature of the debate.  Look for freedom of navigation exercises to continue, and he will be forceful against any action by China seen as impeding trade in the South China Sea.

On the military front, there will be no let up on military-to-military relations and cooperation. This is especially important when it comes to humanitarian assistance in the form of U.S. naval ships and air force bringing tons of relief supplies.  Philippine arms purchases will be mostly American, although look for huge purchases from other countries such as South Korea.

Biden has put together an experienced and credible foreign policy team.  The appointment of Anthony Blinken as Secretary of State brings an adult to the diplomatic arena.  He is a seasoned diplomat having served as the number two in the State Department under President Obama.  He is a deep and strategic thinker who is well versed on Asian affairs.  As of now the next U.S. Ambassador to the Philippines has not been named, but it is a given that it will be a State Department professional as it always has been.  The Philippines has an excellent Ambassador to the US in Jose Romualdez.

President Obama was fond of saying the US was pivoting to Asia.  This is a reference to the drawdown of the U.S. military in the Iraq and Afghanistan.  The reality is that America has never left Asia.   U.S.-Philippine relations are steady and that will not change.

Good luck, President Biden, and all Filipinos look forward to your visit soon.  You would look good in a Barong.