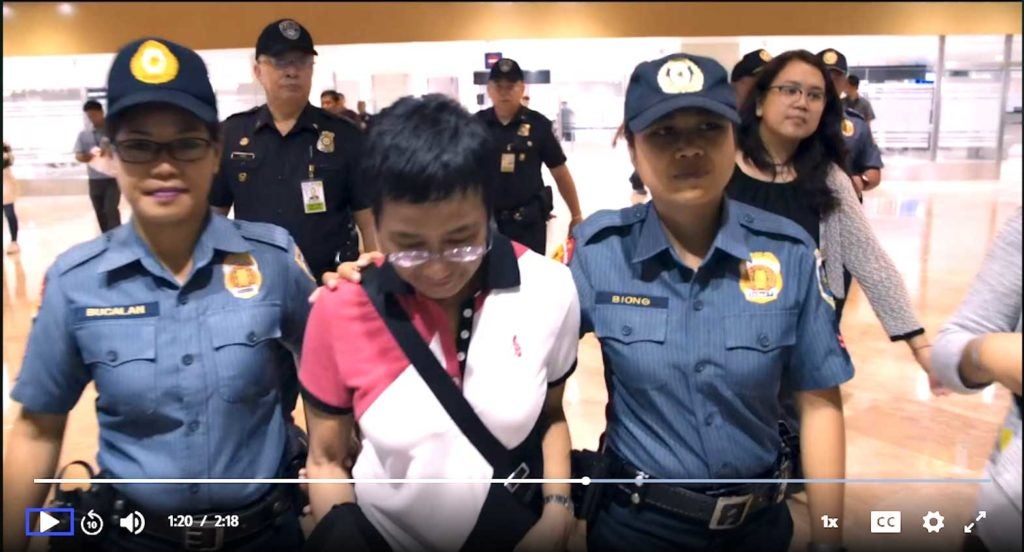 CHICAGO –The much-acclaimed documentary “A Thousand Cuts,” which focuses on press freedom in the Philippines through the story of award-winning journalist Maria Ressa, will be presented as a FRONTLINE feature on Public Broadcasting System (PBS) stations on Friday, Jan. 8.

(In Chicago, the film which runs 110 minutes will be aired on WTTW, Channel 11, at 9 p.m.(CST). Broadcast time varies. For other locations, check your local listing.)

Written and directed by Ramona S. Diaz, “A Thousand Cuts,” premiered at the Sundance Film Festival last February and was met with wide and glowing reviews by critics of major news outlets like CNN, the New York Times and the Los Angeles Times. It went through theatrical screenings last summer and streamed on Netflix.

“A Thousand Cuts” follows former CNN bureau chief Ressa as she and her news site Rappler, report on President Rodrigo Duterte, the corruption around him, and his campaign of extrajudicial killings of drug-offense suspects which resulted in thousands of deaths.

Diaz, in the documentary, chronicles extensively the Philippine 2018 midterm elections—the outcome of which was the sweeping victory of candidates that mostly supported the brutal drug war of the Duterte regime.

She was on record with her interview with then senatorial candidate Ronald “Bato” dela Rosa, the police chief, who proudly proclaimed on camera that he is “proud to say, and repeat, how happy he’d be to kill for Duterte.” The film includes revelations on Duterte’s organized social media trolls whose focus is on disinformation that helps in making Duterte’s approval ratings stay up. 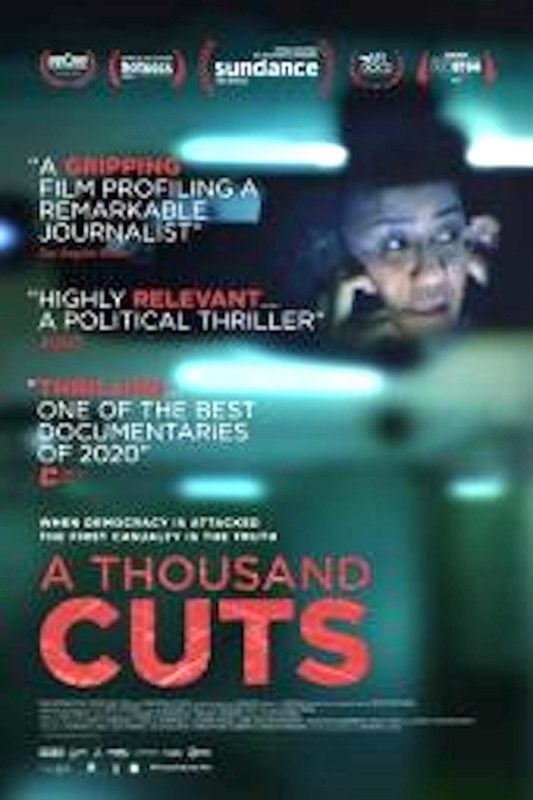 “A Thousand Cuts”: The documentary focuses on press freedom in the Philippines through the story of award-winning journalist Maria Ressa

Michael Ordona of the LA Times wrote, “ Americans viewing “A Thousand Cuts” will hear disturbing echoes…a president answering media questioning by calling outlets “fake news” and attacking reporters professionally and personally; and an administration questionably using the power of the courts to silence its enemies.

“Ressa is a compelling figure whose arrest has made worldwide headlines; she warns that these authoritarian tactics are spreading beyond her country’s borders as democracy dies not in one swift coup but by a thousand cuts. As the film focuses more tightly on her, it becomes a more gripping document…”

Ressa was convicted last June 15 alongside reporter Reynaldo Santos Jr in a cyber libel case — a move seen as a blow to both press and broader freedoms by a government that has become increasingly aggressive in punishing criticism against Duterte, whether by journalists or private citizens.

“I appeal to Filipinos listening to protect your rights. We are meant to be a cautionary tale,” Ressa said in a public statement following her conviction. “Don’t be afraid — if you don’t exercise your rights, you will lose them.”

Ressa and Santos Jr. are facing up to six years in prison and are now appealing the convictions.

The cyber libel case was filed by Wilfredo Keng, a wealthy businessman who claimed that his reputation had been damaged by an article published by Rappler in May 2012 — four months before the country’s cyber libel bill became law.

Philippine laws can’t be enforced retroactively, but the site corrected a spelling error on the story in 2014, changing the word “evation” to “evasion” — which Keng’s lawyers argued made it prosecutable under the cyber libel law.

The cyber libel case is one of at least 11 court actions that have been filed against Ressa, Rappler or its staffers since Duterte became president in 2016— actions meant “to cow, to intimidate,” Ressa told PBS’ “Frontline.”  “All it has done is to make us stronger in our intent to continue to hold government to account,” she added.

“We haven’t seen that concentration of attacks in the Philippines for a long time,” she added, and that government agencies are employing regulatory tactics to take down media organizations.

Rappler is not alone. ABS-CBN, the country’s largest TV and radio news and entertainment network, was shut down last May 5 by the national telecommunications commission after the network’s license expired — an action not done before.

It’s common knowledge Duterte holds a grudge against the network for not running one of his political ads in the 2016 presidential campaign. He had threatened ABS-CBN for its coverage of his war on drugs, saying in Dec. 2019, “Your franchise will end next year…I will see to it that you’re out.”

Reesa’s arrest last June made international front page news.  Ressa sees authoritarian tactics spreading beyond Philippines’s borders as democracy dies not in one swift coup but by “a thousand cuts.” As the film focuses more tightly on her, it becomes a more gripping document.

She was born in Manila but spent much of her youth in the U.S. before returning to the Philippines which she has chosen unlike her sister who chose America. Maria Ressa believed in the 1986 People Power Revolution that ousted dictator Ferdinand Marcos.

At one point, Ressa wryly quotes a twist on a familiar text: “First they came for the journalists. We don’t know what happened after that.”  She argues that what happens in the Philippines is more predictive of American history than you might like to think.