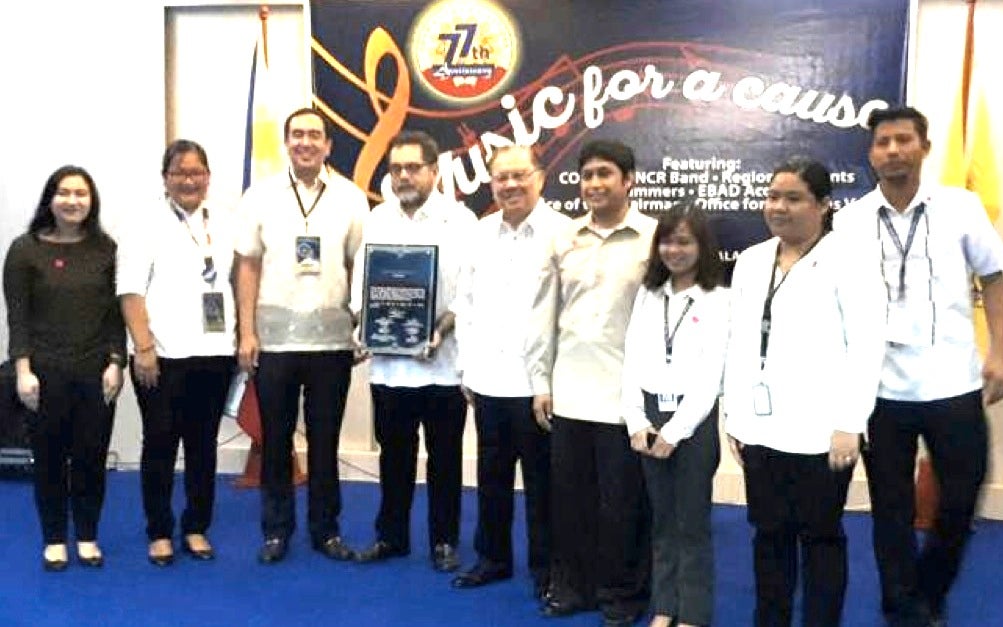 The Department of Foreign Affairs Overseas Voting Secretariat (DFA-OVS) received a plaque of appreciation from the COMELEC En Banc during the commission’s 77th Anniversary celebration, the DFA announced Wednesday, Aug. 23,

COMELEC lauded DFA-OVS for its support and help in the 2014-2015 Continuing Registration for Overseas Voting that “enabled the Foreign Service Posts to attain the goal of the Commission on Election and the Department of Foreign Affairs to achieve the One Million registered overseas voters for purposes of the May 9, 2016 National and Local Elections.”

In addition, #Vote4ASelfieWorthyPH, the overseas voting campaign conducted by DFA-OVS, COMELEC, and The Filipino Channel (TFC) for the 2016 elections was awarded “Gold Anvil” during the 52nd Anvil awards organized by the Public Relations Society of the Philippines (PRSP) last March 2017. The same campaign also garnered the “Award of Excellence” in the 15th Philippine Quill Awards by the International Association of Business Communicators (IABC).

“These accolades are validation that overseas voting has achieved a modicum of relevance in the Philippine democratic process. We could not have done it without the support our partners in media and the hard work of the men and women of the Foreign Service,” said Undersecretary Jose Luis G. Montales, who is concurrently Chairman of DFA-OVS.

“Congratulations to the Overseas Voting Secretariat, the Foreign Service Posts and COMELEC! The challenge now is how to maintain the momentum so we can reach our ambitious goal of having two million qualified overseas registered voters for the 2019 elections,” said Secretary of Foreign Affairs Alan Peter S. Cayetano.

All Filipino citizens who expect to be abroad from 13 April – 13 May 2019 during the overseas voting period for the 2019 Elections, at least 18 years old on 13 May 2019, and not otherwise disqualified by law, may register as an overseas voter, at all Philippine Foreign Service Posts including the three (3) Manila Economic and Cultural Offices (MECO) in Taiwan. (For an updated list go to www.dfa-oavs.gov.ph or www.comelec.gov.ph).