The Spirit of Pasko

The Spirit of Pasko 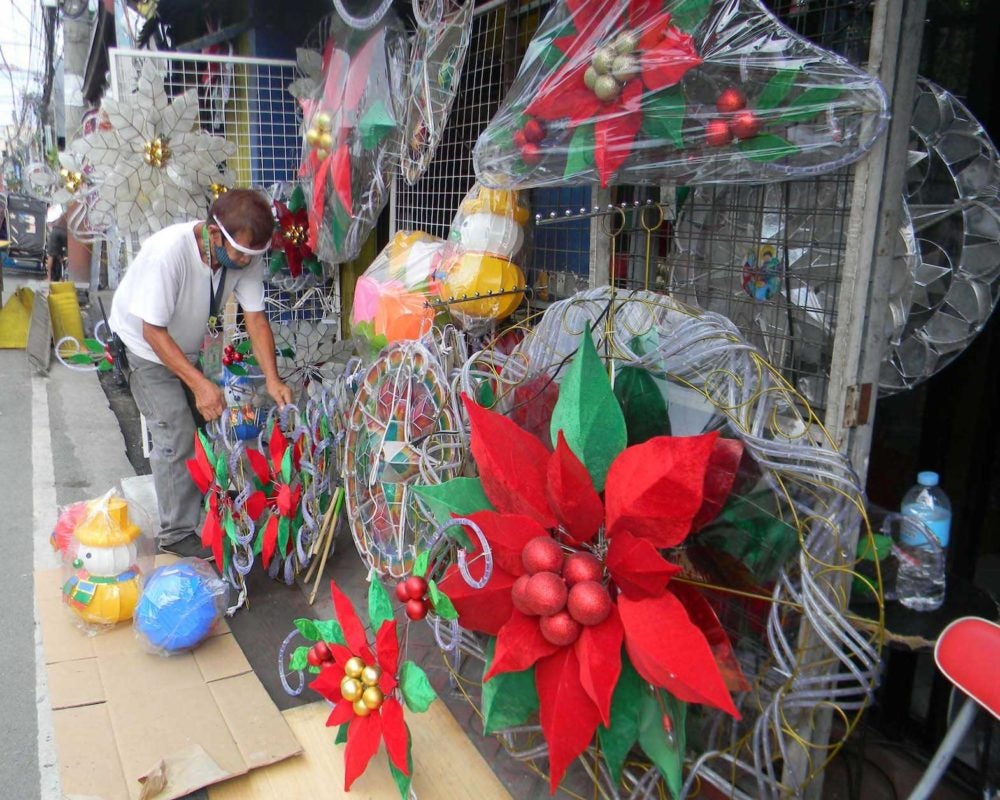 Christmas decorations for sale in the Philippines.

I recall the situation of Marcelo Del Pilar in Madrid in 1894. His wife in Bulacan, Chanay, told her daughters Anita, aged 5, and Sofia, 13, that their father in Spain needed money to finance his cause and meet the high cost of living. Upon hearing this, Anita, the youngest, replied that she would send to her father the one peso she saved from the many coin-gifts she received during Christmas. Del Pilar writes Chanay: “Maraming salamat kay Anita sa kanyang balak sa ipadala sa akin ang napagpaskohan (Thank Anita for thinking of sending her gift to me). Tell her to keep it and I shall ask for it once I arrive home.”

Christmas used to be the perfect season of giving and forgiving, when most global citizens are most generous and kindest. Only last week, the 99.9-percent-Islamic Iraqi parliament realized that and formally declared Christmas a national public holiday.

I also remember reading the wartime diaries of some internees and prisoners in Manila that speak volumes of hope in the midst of physical suffering in terms of hunger and other deprivation. Albert Holland, an American civilian among the detainees, writes on Christmas Eve, 1944:

A prisoner of war, Warren A. Wilson, was detained at the Old Bilibid Prison and he recorded their Christmas Day dinner: “Candy and prunes lugao with extra rice flour hoarded issue (150 given per man instead of usual 125 gm.) and chocolate malted milk, hot drink with 15 cans of evaporated milk added… Everyone seemed very pleased and morale is definitely better today.”

In the Philippines, Yuletide was the longest running occasion of the year, when we heard noisy children going from door to door belting out “Thank you, thank you, ang babait ninyo (you’re so good), thank you” as early as October. There were parol festivals everywhere, with the sound of carillon bells and loud Christmas carols, colorful Christmas lights, and amazing Christmas trees – all of which created the Christmas spirit for everyone, including non-Christian believers and atheists. The 2020 pandemic changed all that.

Christmas used to be the most wonderful time of the year when the biggest population of the planet was happiest, when grandmas, moms, and daughters cooked the old recipes, we got to decorate the Christmas tree and saw the sweetest smiles of our kids when they opened the gifts; when we wore that red-and-green sweater, received more hugs and kisses from perfect strangers, and got to jam out to Jackson Five, Jose Mari Chan, or Pasko na sinta ko with no shame or qualms. The coronavirus altered the way we celebrate this season.

This year’s Christmas reminds me of Jose Rizal in exile in Dapitan. Aquí… No ha habido más novedad que la misa de gallo. Aquí falta vida, vida y vida. “Here Christmas has been like this,” the obviously bored Rizal tells Manuel Hidalgo, husband of his sister Saturnina, “well, rather than bad. There has been no more novelty than the Misa de Gallo. Here, life is missing, life and life.”

Covid-19 subdues all normal human physical interactions, and forces many governments to reinforce the lockdowns, social distancing, and quarantines again. The nine-day preparation before the Birth of our Lord called Simbang Gabi was attended mostly online. As the Italian government extends a national curfew through the Christmas season this year, Pope Francis celebrates the Midnight Mass at 7:30 p.m.

There are three lessons that I learned this year: One, that “the darkest night is the best time to gaze the stars,” as George Santayana (1863-1952) has put it.

Two, that the external and delightful lights and sounds of the season – when we hear the We-three-kings-of-Orient-are Christmas carol written by John Henry Hopkins Jr. in 1857 and rendered by Anne Murray… Or the “O Holy Night… It is the night of our dear Savior’s birth,” composed by Adolphe Adam in 1847 and sung by Josh Groban or Andrea Bocelli, mixed with the Jackson 5 Christmas album selection – do not make Christmas.

And, most importantly, I learned that Christmas is best celebrated in our hearts, when we finally decide to be renewed, giving, and forgiving like Jesus.

BLESSED CHRISTMAS TO ALL!