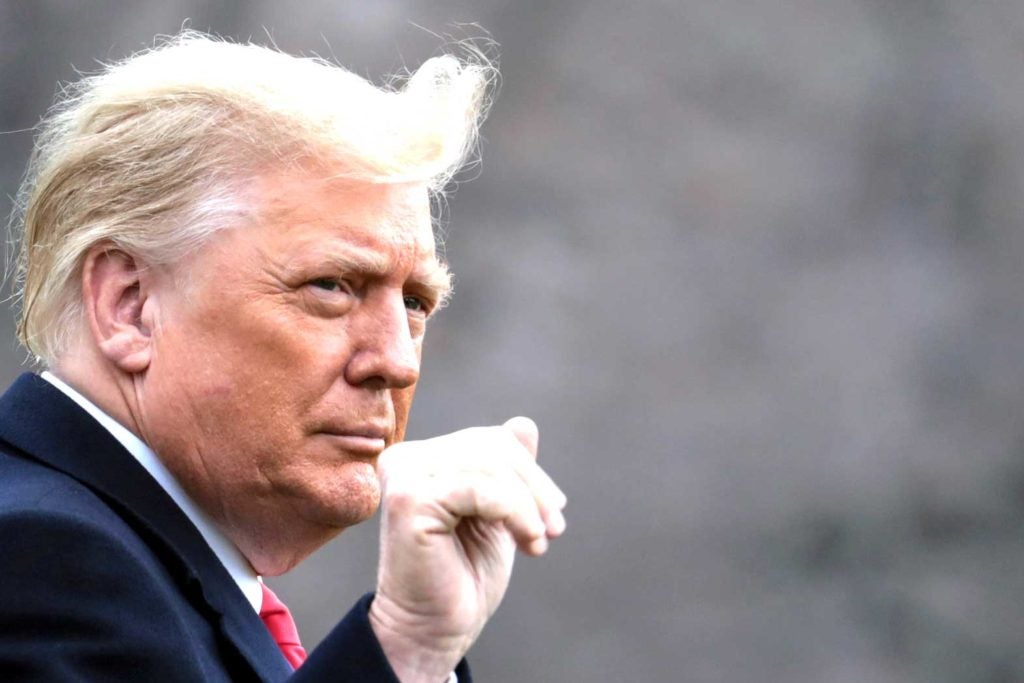 U.S. President Donald Trump departs on travel to West Point, New York from the South Lawn at the White House in Washington, U.S., December 12, 2020. REUTERS/Cheriss May

WASHINGTON  – U.S. President Donald Trump met a group of Republican lawmakers on Monday in his thus-far fruitless bid to gain momentum for claims that the Nov. 3 presidential election won by Democrat Joe Biden was rigged.

Trump has been searching for ways to head off the certification of Biden’s victory by the U.S. Congress on Jan. 6. The win has already been certified by the Electoral College and Biden is getting ready to take office on Jan. 20.

“Several members of Congress just finished a meeting in the Oval Office with President @realDonaldTrump, preparing to fight back against mounting evidence of voter fraud. Stay tuned,” Meadows tweeted.

A source familiar with the meeting said the lawmakers attending were reliable Trump allies from the House of Representatives, including Representatives Matt Gaetz, Jim Jordan and Mo Brooks. The White House declined to offer further comment on the meeting.

Trump has also been considering whether to name a U.S. special counsel to investigate his allegations of massive voter fraud, after his campaign’s attempts to press such claims failed in various courts, due largely to a lack of evidence.

A second source familiar with the situation said that Sidney Powell, a lawyer who pushes conspiracy theories, was at the White House for the third time in recent days on Monday. Powell has been encouraging Trump to pursue the voter fraud claims.

Trump has been asking allies about whether he should pick Powell for the special counsel role, and many of them have urged him not to do so, the source said.

Trump has been hunkered down in the White House for days, talking to advisers on how to fight the election results while the coronavirus pandemic rages.

He plans to leave Washington on Wednesday for his Mar-a-Lago club in Palm Beach, Florida, for the rest of the year.