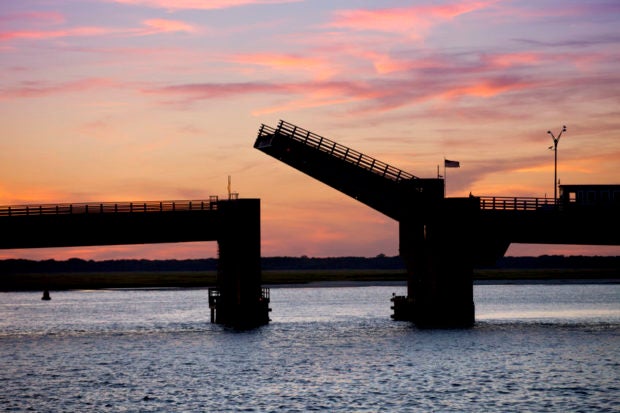 Those “Fast and the Furious” stunts may be realistic after all.

According to an NBC report, American Terrence Naphys and his family were driving through New Jersey when they had to pass a bridge connecting two islands.

After paying the toll at the Middle Thorofare Bridge, the family went on its way and noticed that the bridge began to open.

Since they were at the edge, Naphys instinctively pressed on the gas and made the jump.

Thankfully, he and his passengers—his wife, daughter, and his daughter’s friend—made it safely to the other side.

The bridge was said to have been raised up to six feet under his car, and had it fallen, the vehicle would have met a 65-foot descent into the water.

Naphys is still shaken from the experience. “I will never ever drive that bridge or probably any drawbridge again,” he said.

The bridge operator told police that he didn’t notice the SUV due to a sun glare, and opened it to allow a commercial fishing vessel through. The vessel also couldn’t be contacted via radio communication.

The incident is under investigation by the Cape May County Bridge Commission, which has considered it as an operation error.  Niña V. Guno /ra