When the world misses Simbang Gabi

When the world misses Simbang Gabi 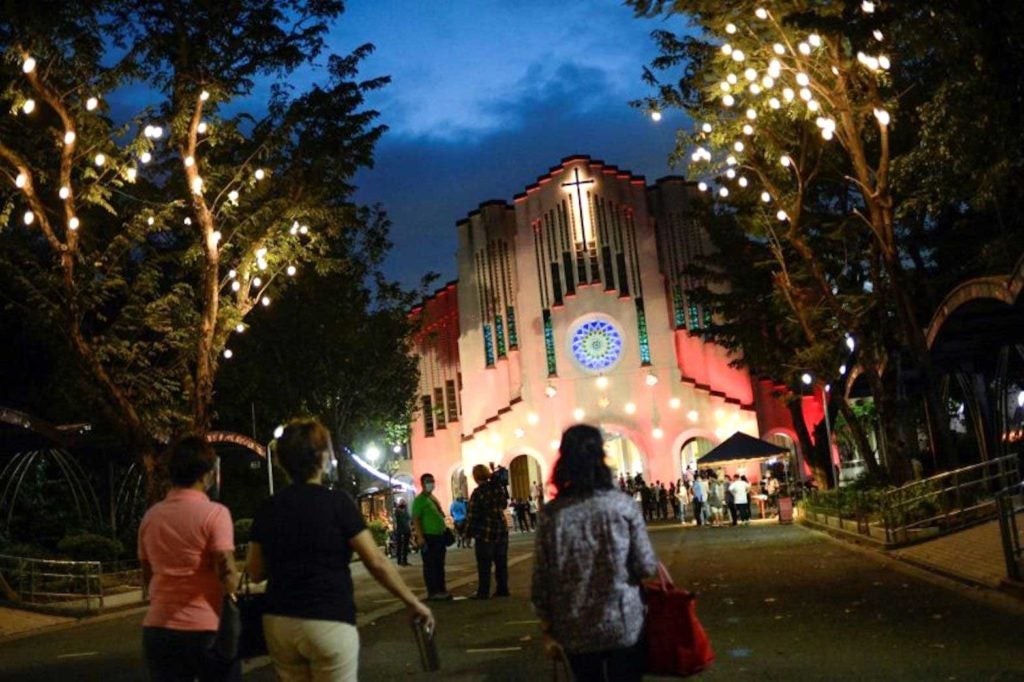 Worshipers on their way to a pre-Christmas dawn mass in the Philippines.INQUIRER FILE

Filipinos do pray, “O God, in your mercy, please end this Covid-19 pandemic. Many of us, especially the seniors, cannot attend in-person the Simbang Gabi that started on December 16. We miss puto bumbong after the Holy Mass. O God, we dearly miss getting more hugs and kisses from loved ones and perfect strangers alike. Tightly and lovingly. O God, please…”

At this time of year, millions of Pinoys across the globe make a little sacrifice of getting up before sunrise or late in the evening to praise God. The whole exercise is definitely a family-and-community-oriented nine-day spiritual rendezvous that began way back in 1669.

I think of those ancient days in cold December when the first act missionaries, farmers, and families would do was to kneel down and adore God at the Misa de Gallo as the roosters began to crow at 3 or 4 a.m. Through the centuries, both the shepherds and the sheep learned to put the Eucharist in the very center of every undertaking, and for all celebrating families, despues la Misa la mesa, “after the Mass (altar) the (dining) table.”

Forty years after the arrival of the first Augustinian missionaries, Catholic Filipinos became the vast majority of the population and that’s a lot of good souls prioritizing the Eucharistic Lord in their lives! History professor at Yale University, Edward Gaylord Bourne (1860-1908), did a thorough study of the Philippine antiquity and summarized his findings in these words: “By 1605, thanks to the missionary zeal of Spanish Augustinians, Dominicans, Franciscans, and Jesuits… since that date the Filipinos have been overwhelmingly Catholic in numbers, and they remain so today.”

In 2018, Pope Francis told Manyo Cardinal Maeda of Osaka that the nine-day festive preparation for the Birth of Christ is indeed a genuine manifestation of “the lively faith of the pastors and of the Christian faithful,” viva fide pastorum et christifidelium. Last year, Pope Francis presided over a Simbang Gabi festive celebration at St Peter’s Basilica, Vatican City, in a historic first. For the first time, a Pope celebrated the uniquely Pinoy traditional Mass, telling the faithful, “Continue to be smugglers of faith.” His Holiness alluded to how millions of OFWs who “smuggle” the faith even to nations where it is not safe to be Catholic.

“Thanks to the Filipino migrants,” concluded Pope Francis during his homily in Rome on December 15, 2019, “this devotion has crossed national borders and has arrived in many other countries.”

Our OFWs offer the best years of their adult life to country and Christianity, pro Patria et Ecclesia, resembling the Spanish missionaries who came in the name of the Crown and the Cross. Singing Hontiveros songs during Simbang Gabi in normal times, OFWs fill up the once dormant churches in the United States, Hong Kong, Kuwait, Italy, Spain, Austria, New Zealand, Australia, and many other countries.

For American Catholics, Simbang Gabi has become a uniquely Filipino Christmas gift to US parishes. Then all of a sudden, in 2020, the Archdioceses of Los Angeles, New York, Chicago, and others in the United States, plus the dioceses in Calgary and Alberta and some cities in Canada kicked off a virtual Simbang Gabi. And both the Americans and the Filipinos were the polar opposite of happy.

For many years, the uniquely Filipino tradition attracted close to 25,000 people every night at St. Mary’s Catholic Church in Oud Metha in Dubai, the rich capital of an Islamic nation United Arab Emirates. This year, only a virtual Simbang Gabi is offered as “part of our preventive measures against COVID-19,” as Filipino Capuchin Fr. Chito Bartolo has announced.

In Philippine history, only two events since 1699 stopped Filipinos in Manila and nearby provinces from attending Simbang Gabi. They were the Philippine Revolution of 1898, and the Japanese invasion of 1941 – but only for a while. After both wars, the Catholic parishes flourished, the bell towers became alive with the Angelus ding-a-lings, the festive Marian processions were once again held in every town and, when December came, the Simbang gabi was restored to its original cheerful lights and sounds.

Given this “new normal thing” in 2020, I still believe that every dark cloud has a silver lining, that, lest I forget, God is bigger than all human problems, and that “nothing is permanent in this wicked world, not even our troubles” (Charlie Chaplin, 1889-1977).

So, Covid-19, you too will pass away and, next year, our Simbang Gabi will be restored to its original cheerful lights and sounds.
Jose Mario Bautista Maximiano (facebook.com/josemario.maximiano) is the author of MDXXI: 500 YEARS ROMAN CATHOLIC (Claretian, 2020) and 24 PLUS CONTEMPORARY PEOPLE: God Writing Straight with Twists and Turns (Claretian, 2019).

LATEST
Silver linings, dark clouds
Dolly in mourning, yet excited about PH release of ‘Triangle of Sadness’
Blu Boys falter again, this time vs Japan
What a computer courtesy of Ricky Lee did for this once aspiring writer
ONE 164: Jarred Brooks vows to end Joshua Pacio’s reign

MOST READ
usa Best Christmas Appetizers
usa Man in hate crime attack on elderly Filipina in NY gets 17.5 years in prison
usa Biden approval rises, bolstered by support from Democrats – Reuters/Ipsos
usa Justice for Ampatuan Massacre victims not complete — Canada-based Filipino journalists
usa Respect for Marriage Act: How it can protect couples
usa How to Find Out Who You Were In Your Past Life
usa Chinese Massage: Meaning Explained
DID YOU KNOW?
25 Best Deals for the Holidays - Gift Guide 2022
Best Crystals for Protection Against Negative Energy
25 Best Holiday Deals: Top Brands to Shop This Holiday Season
Best Barbie Dollhouses 2022
Best Anime Mouse Pad 2022
5 Ways to Hack the Holidays with the Best Cash Back App
4 of the Best Holiday Gifts for Coffee Lovers