Doing the dishes causes the most spats among couples

Doing the dishes causes the most spats among couples

Keeping house and home in order is hard work, especially for full-time workers. It comes as no surprise, therefore, that some relatively simple household chores can cause a lot of tension in relationships.

ShowersToYou.co.uk surveyed 2,459 couples to find which chores cause the most conflicts. All chores considered in this study were a result of trawling through online forums for lists of the most commonly fought over chores within households. Turns out, the chore that causes the most rifts is pretty dirty! 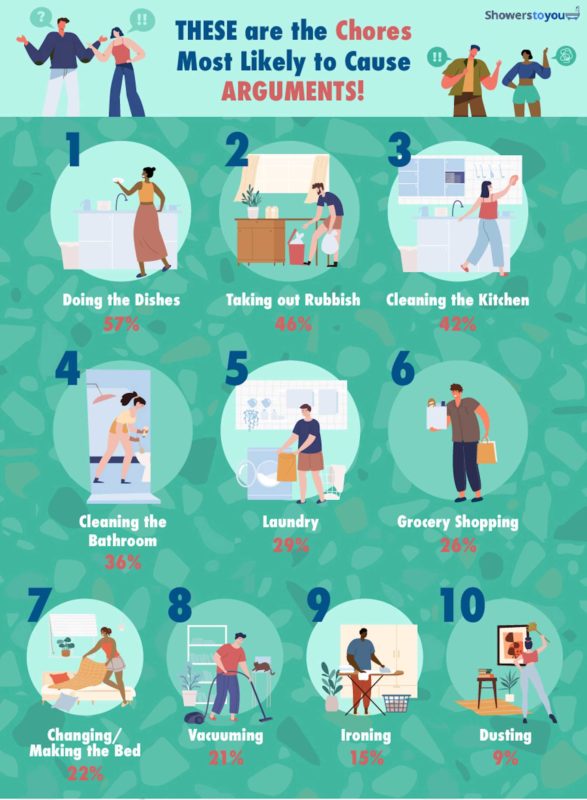 Of the respondents who are no longer in relationships, 15% revealed that quarrelling over household chores was a direct contributor to the breakdown of their relationship.