U.S. champ Wesley So off to rousing start to Champion Chess Tour

U.S. champ Wesley So off to rousing start to Champion Chess Tour 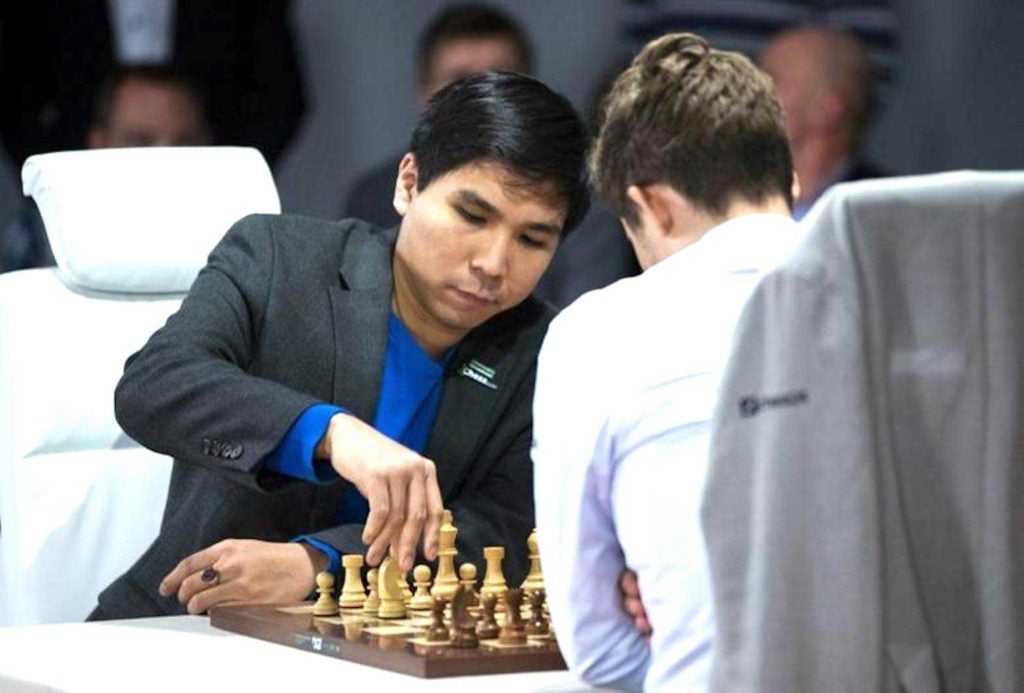 So beat fellow GM Magnus Carlsen in a tiebreak, earning $30,000 in what was the first leg of the $1.5 million online Champions Chess Tour. Magnus Carlsen of Norway is the world champion.

So, 27, tied their main match 4-4 then won the speed tie-break in an impressive performance. He became the first player ever to defeat Mr. Carlsen in his favorite Sicilian Defense.

So grew up in Bacoor, Cavite and later immigrated to Canada and then to the United States, where he was adopted by former actress Lotis Key and her husband Renato Kabigting who live in Minnesota.