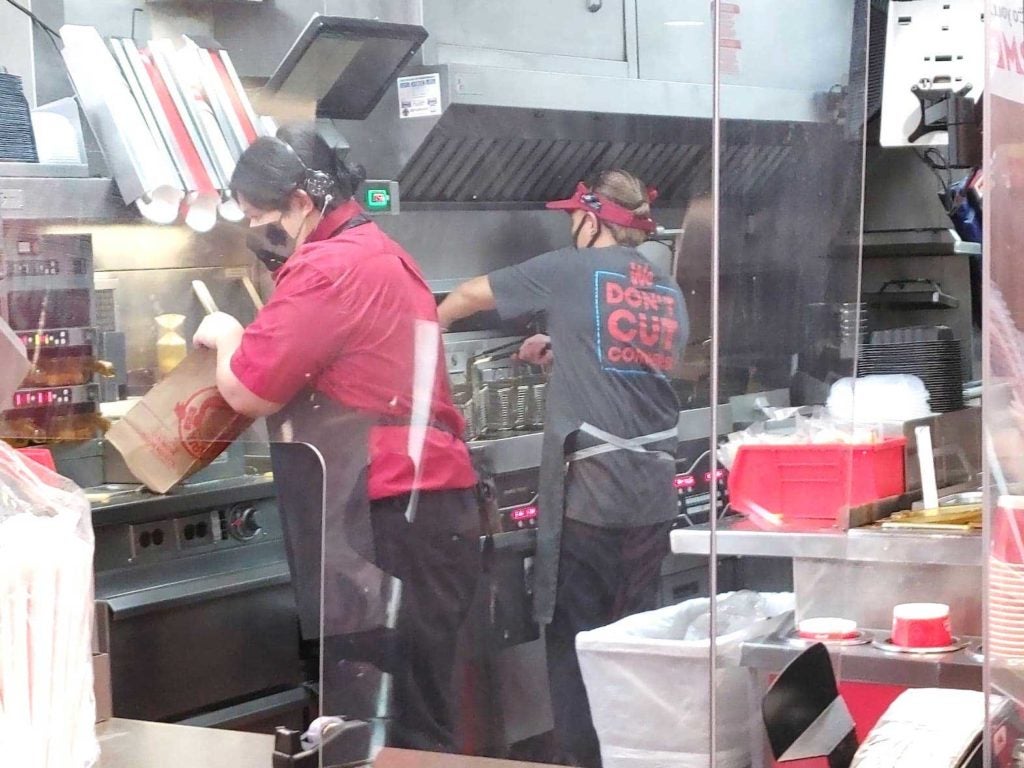 RED DEER, Alberta – Immigrant workers are feeling the brunt of the recent shutdown of the Temporary Foreign Worker Program (TFWP) in this province.

On October 26, Alberta’s Labor and Immigration ministry announced it is limiting the number of jobs available to temporary foreign workers.

A vast majority of the occupations under the TFW program was slashed – 475 occupations in sectors such as accommodation and food services, retail trade, transportation and professional, scientific and technical services.

The move aims to increase capacity to absorb workers in the province who have lost their jobs due to the COVID-19 pandemic, including foreign workers who have been active in the local workforce.

The government is eyeing to save some 1,350 jobs for unemployed Albertans.

Alvin, (not his real name) held a job on a temporary worker’s permit at a fast food store in the province of British Columbia. The 33-year old from Cavite moved to Canada in July, 2018 under the TFW program to support his aging parents, especially his ailing father.

Living in Canada felt like a roller coaster, “sometimes good, sometimes bad,” he said in an interview. The unhealthy workplace environment, high employee turnover rate and issues with management were enough reasons to leave the company when his contract ended, said Alvin.

Soon after, Alvin accepted an offer by another company in Alberta. However, since moving in August, the company has not been able to secure a Labor Market Impact Assessment (LMIA) from the government to hire Alvin.

After three months without formal employment, fear and anxiety are starting to set in, said Alvin. “I am so afraid to go back to the Philippines due to the pandemic. I can’t stop thinking what would happen to me and my family, and with my immigration status?” he said.

While waiting to get hired, Alvin could not access benefits through employment insurance. “I am still lucky that there are a lot of friends helping me,” he said.

Slowing the influx of people coming into Alberta will allow newcomers already in the province to be able to find jobs, ensuring a match between supply and demand, a representative of the government’s labor ministry told INQUIRER.net

“It’s about matching the supply and demand so that those who are here can keep working, and those with applications for permanent residency can get jobs and keep the process of moving forward,” said Adrienne South, Labor and Immigration ministry press secretary in an email interview.

The changes do not impact 27 occupations in the sectors of agriculture, caregiver, technology and emergency response.

South said foreign workers in the province who have been impacted by the pandemic and economic slowdown whose occupations fall under the “refusal to process list” will have the opportunity to look for work where there is demand, as long as they carry valid work permits and their prospect employers have approved LMIAs.

“Through COVID-19, we are suffering through one of the worst economic recessions in Alberta’s history – we have a significant number of people out of work,” said South.

Unemployment rate in Alberta was pegged at 10.7 % in October down from 11.7% in September. The latest number was up from 6.8% from October in 2019, and remains one of the highest in the country.

South said the change will only be a “short term adjustment” and impacts will be monitored closely together with industries, immigrant-serving organizations and municipalities to adjust the province’s immigration approach, as the economy improves.

“Though we talk about abusive employers of TFWs, we fail to include the now Premier Jason Kenney as the biggest abuser of migrant workers even during his time as immigration minister,” said Filipina-Canadian Clarizze Trustcott.

Trustcott, head of Kabisig Society in Fort Saskatchewan, Alberta, opined the temporary shutdown will create a new set of undocumented workers and will create more unemployment and vulnerable workers.

A Canada-wide survey by Migrant Rights Network in late October among migrant care workers showed abuses in this sector worsened during COVID-19.

Longer hours of work, unpaid extra hours of work and being forbidden to leave the house, take public transit, buy groceries, send remittances to families abroad, visit doctors or seven meeting friends were some of the mistreatments reported by some 200 respondents.

One in three respondents lost their jobs during COVID-19 and for some, accessing the Canada Emergency Benefit (CERB) or employment insurance was found to be difficult.