Fauci warns Americans to brace for 'surge upon surge' of virus

Fauci warns Americans to brace for ‘surge upon surge’ of virus 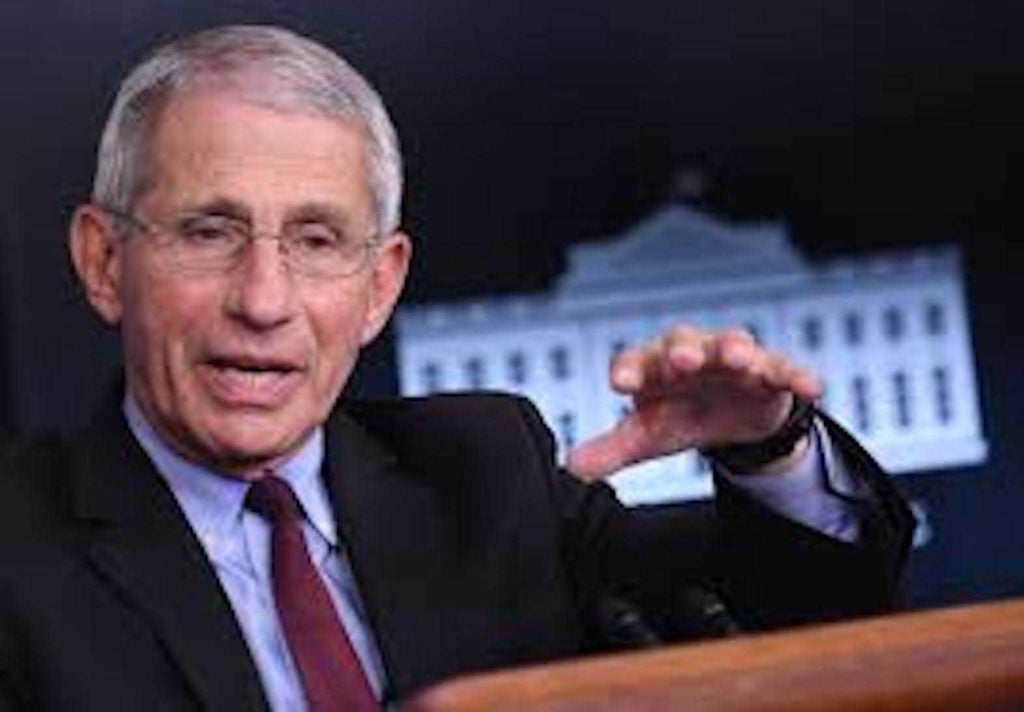 “There almost certainly is going to be an uptick because of what has happened with the travel,” Fauci told CNN’s “State of the Union.” AFP

WASHINGTON – Americans should brace for a “surge upon a surge” in the coronavirus as millions of travelers return home after the Thanksgiving holiday, US government scientist Anthony Fauci said Sunday.

“There almost certainly is going to be an uptick because of what has happened with the travel,” Fauci told CNN’s “State of the Union.”

“We may see a surge upon a surge” in two or three weeks, he added. “We don’t want to frighten people, but that’s the reality.”

This was an ominous trend, Fauci added, with the Christmas holidays and more year-end travel looming, he said.

The virus is blamed for more than 266,000 deaths in the US, the hardest-hit country in the world, with cooler weather bringing daily death figures nearing the worst levels of April.

Fauci’s comments came as US news media reported that first shipments of the Pfizer vaccine against Covid-19 — one of the first to claim high effectiveness, along with a Moderna product — had arrived in the United States from a Pfizer lab in Belgium.

Pfizer was using charter flights to pre-position vaccine for quick distribution once it receives US approval — expected as early as December 10 — the Wall Street Journal and other media reported.

The Pfizer and Moderna vaccines, both said to be safe and perhaps 95 percent effective, have introduced a much-needed glimmer of hope after months of gloomy news.

“This puts the end to the pandemic. This is the way we get out of the pandemic. The light is at the end of the tunnel,” Admiral Brett Giroir, the US official overseeing coronavirus testing, told CNN.

But like Fauci he expressed grave concerns about the months immediately ahead.

“Our hospitalizations are peaking right now at about 95,000,” Giroir said. “About 20 percent of all people in the hospital have Covid, so this is a really dangerous time.”

Until large numbers of Americans have been vaccinated — Giroir said half the eligible population might be by March — much will depend on people taking the recommended precautions, including mask-wearing and distancing, he and Fauci said.

Giroir said it might take until the second or third quarter of next year for most Americans to be vaccinated, but that substantial benefits would accrue much sooner.

By first vaccinating those at highest risk, he said, “we can absolutely get 80 percent of the benefit of the vaccine by only immunizing a few percent of the population.”