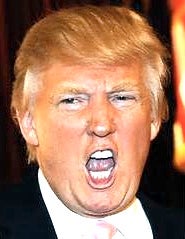 In response to the most recent terrorist attack in Barcelona, Spain, President Trump on August 17 once again recalled a story about what U.S. Army Gen. John J. Pershing allegedly did to stop Muslim rebels in the Philippines in 1906. He claimed Pershing lined up 50 Filipino Muslim prisoners and did something somewhat similar to the gruesome beheading executions of ISIS terrorists. “He took 50 bullets, and he dipped them in pig’s blood. And he had his men load his rifles and he lined up the 50 people, and they shot 49 of those people. And the 50th person, he said, ‘You go back to your people and you tell them what happened.’ And for 25 years, there wasn’t a problem.”

In his latest August 17 tweet, Trump added another decade to his old story: “Study what General Pershing of the United States did to terrorists when caught. There was no more Radical Islamic Terror for 35 years!”

The American news media, including the normally pro-Trump Fox News network, were quick to expose Trump’s Pershing story as fake news, a  “dubious legend at best”, said one, “apocryphal” said another.

It has been a strange week for Trump. At his August 15 press conference at Trump Tower, Trump praised the “many good people” who gathered in Charlottesville, Virginia who had marched with neo-Nazis and Klansmen on Friday night of August 11 with their tiki torches screaming,  “Jews will not replace us!” The next day, after a neo-Nazi used his car to ram into a crowd of anti-Klan protestors killing pedestrian Heather Heyer and injuring more than 100 others, Trump placed the blame for the violence on “many sides.” Even conservative former Speaker Newt Gingrich pointed out that “good people do not march with Nazis.” Only KKK leader David Duke praised Trump for his “honesty.”

Since Trump has chosen to revisit his Pershing tale, I would like to republish what I wrote about it on February 16, 2016 when the story first appeared in the news.

The Philippines was finally mentioned by Donald Trump, the likely Republican presidential candidate in the November elections, but the reference may prompt his Filipino supporters to beg him to please continue to ignore the Philippines.

In a rabble-rousing speech in North Charleston on the day before the Feb. 20 South Carolina Republican primary, Trump cited the story of how U.S. Army Gen. John Pershing executed Muslim rebels in the Philippines in the early 1900s as an example of how the US should deal with Islamic jihadists. “I read a story, it’s a terrible story, but I’ll tell you,” Trump began. “Early in the century, last century, General Pershing — did you ever hear — rough guy, rough guy. And they had a terrorism problem. And there’s a whole thing with swine and animals and pigs — and you know the story. They don’t like that. They were having a tremendous problem with terrorism. Pershing caught 50 terrorists. He took 50 bullets, and he dipped them in pig’s blood. And he had his men load his rifles and he lined up the 50 people, and they shot 49 of those people. And the 50th person, he said, ‘You go back to your people and you tell them what happened.’ And for 25 years, there wasn’t a problem.”

Trump handily won the South Carolina primary and all 56 of its state delegates.

The problem with Trump’s story is not only that it exults war crimes and insults the culture and religion of 1.8 billion Muslims but it is also a complete fiction.

Dr. Frank E. Vandiver, professor of history at Texas A&M University and author of “Black Jack: The Life and Times of John J. Pershing” reported that his extensive research on Pershing and his Moro experience showed no evidence to back this tall tale. In fact, Prof. Vandiver said, “this kind of thing would have run completely against his character.”

David Emery, who investigated the urban legend “Black Jack Pershing vs. Muslim Terrorists” for Snopes.com, confirmed that it never happened. There was also nothing to corroborate the claim that Muslims believe that “eating or touching a pig, its meat, its blood, etc., is to be instantly barred from paradise and doomed to hell.” Bud Dajo, after the massacre.

Emery continued: “It is true that Islamic dietary restrictions, like those of Judaism, forbid the eating or handling of pork because pigs are considered unclean. But according to Raeed Tayeh of the American Muslim Association in North America, the notion that a Muslim would be denied entrance to heaven for touching a pig is “ridiculous.” It is an “offensive caricature of Muslim beliefs,” he said.

But the cold-blooded execution of Moros by American soldiers in the early 1900s, as highlighted by Trump’s story, did occur. In fact, the bloodiest example happened 110 years ago next week on March 5-7, 1906 in a volcanic crater called Bud Dajo just 6 miles from Jolo City in Mindanao.

As a background to Bud Dajo, it should be remembered that Spain was never able to conquer Muslim Mindanao until 1876 when Spain occupied Jolo, the seat of the Sultan of Sulu. This led the Sultan of Sulu to sign a Treaty of Peace with Spain on July 22, 1878, a treaty which had two versions: the Spanish one had the Sultan accepting Spain’s complete sovereignty over the entire Sulu Archipelago while the Tausug version described a mere protectorate relationship between Spain and the Sultanate.

Two decades later, when Spain sold the Philippines for $20 million to the United States at the Treaty of Paris in December of 1898, Spain’s claim to the entire Sulu Archipelago was included in the bargain. On May 18, 1899, Spain officially handed control of Jolo to the US. But Muslim Mindanao was not Spain’s to give away and the Moros continued to resist US rule just as they had resisted Spain for three centuries.

The bloodiest engagement of the Moro Wars was the First Battle of Bud Dajo which occurred in a volcanic crater 6 miles from the city of Jolo, 2,100 feet above sea level.

The battle occurred in the final days of Gen. Leonard Wood’s term as governor of the Moro Province when Wood’s imposition of a cedula tax on the Moros created great resentment against American rule. The Moro rebels established their base in the volcanic crater of Bud Dajo where water was plentiful and the people could farm rice and potatoes.

On March 2, 1906, Gen. Wood dispatched an assault force of 272 men of the 6th Infantry, 211 men of the 4th Cavalry, 68 men of the 28th Artillery Battery, 51 Philippine Constabulary, 110 men of the 19th Infantry and 6 sailors from the gunboat Pampanga to lay siege on Bud Dajo. After climbing up to the top of the crater, on March 5, 1906, Wood’s soldiers fired their mountain guns, rifle grenades and directed the ship’scannon volleys into the crater where the Tausug Moros were holed up.

Out of the estimated 800 to 1,000 Moros at Bud Dajo, only 6 survived. Eyewitness reports that corpses were piled five deep, and many of the bodies were wounded multiple times. To this day, the US 4th Cavalry Regiment’s coat-of-arms features a reference to the Bud Dajo campaign: a green volcano is seen at the crest with an inverted kris symbolizing the Moros’ defeat. The unit’s victory is symbolized by a yellow saber at the charge.

US President Theodore Roosevelt congratulated Gen. Wood for his splendid victory. But the New York Times March 11, 1906 headline presented another account: “WOMEN AND CHILDREN KILLED IN MORO BATTLE; Mingled with Warriors and Fell in Hail of Shot. FOUR DAYS OF FIGHTING Nine Hundred Persons Killed or Wounded—President Wires Congratulations to the Troops.”

Contrary to Trump’s tale, Pershing was not involved in any massacre of Muslims as he was still in the US during the siege of Bud Dajo as he had just been promoted to Brigadier General. Pershing quickly rose up the ranks to become Governor of Moro Province in 1909. On September 8, 1911, he ordered the complete disarmament of all Moros. About 1500 Moros defied Pershing’s order and fled to Bud Dajo to set up their resistance there, ready to fight and die in their scared mountain.

But Pershing was not about to accommodate their death wish. As David Emery wrote, “Pershing’s strategy was to surround the Moros and wait them out while attempting to induce them to surrender, a strategy that worked effectively: the Bud Dajo campaign ended with only twelve Moro casualties. But in his report Pershing seemed keenly aware that the best approach was not to take any action that would encourage religious fanaticism.”

Trump’s call to ban all Muslims

Encouraging religious fanaticism is exactly what Donald Trump wrought when he called for “a total and complete shutdown of Muslims entering the United States until our country’s representatives can figure out what is going on.”

“Until we are able to determine and understand this problem and the dangerous threat it poses, our country cannot be the victims of horrendous attacks by people that believe only in Jihad, and have no sense of reason or respect for human life,” Trump added.

In his Snopes essay debunking the “pig’s blood” Pershing story, Emery also decried the generalization that all Muslims are terrorists. “Such notions reduce an extremely widespread and diverse religion, and the people who follow it, to a monolithic entity with a single set of beliefs and rules to which everyone adheres. Islam has a variety of sects and sub-sects just as Christianity has a multiplicity of denominations; assuming that all “Muslims” believe and behave identically is like assuming that all Catholics and Baptists believe and behave identically because both of the latter groups are “Christians.”

But that kind of enlightened thinking will not draw votes for Donald Trump.