Teens’ brains, technology amid the pandemic

Teens’ brains, technology amid the pandemic 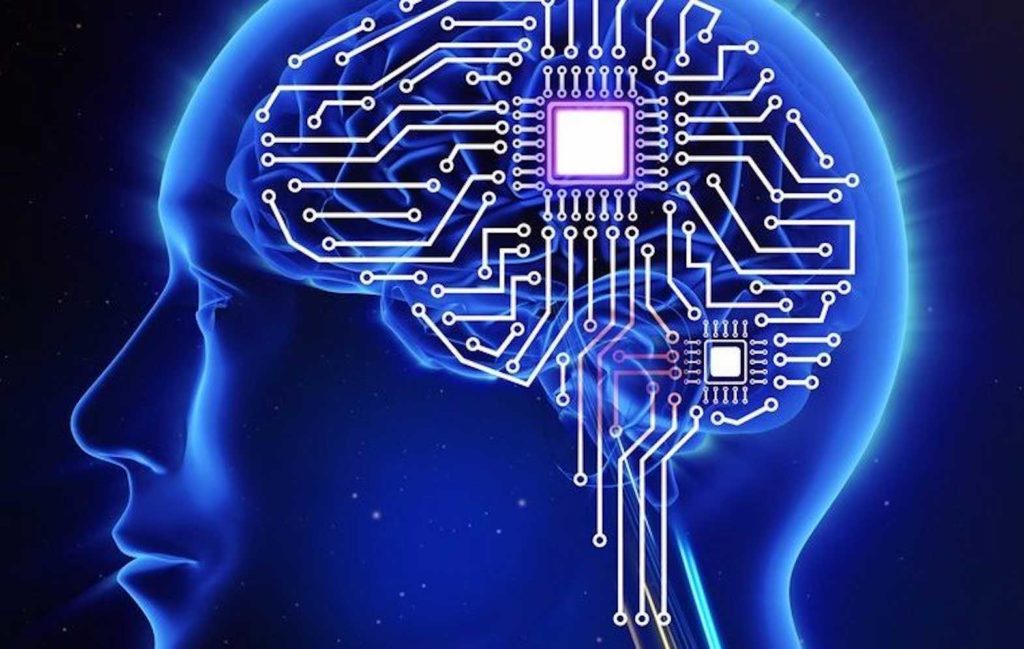 “The razor-toothed piranhas of the genera Serrasalmus and Pygocentrus are the most ferocious freshwater fish in the world. In reality they seldom attack a human.” This was the phrase texted in 18.19 seconds by Marcel Fernandes, a 16-year-old physics student at a university in Florianópolis, Brazil, the speediest texter in the world.

Technically, in psychological terms, Fernandes demonstrated to the world his psychomotor threshold. Psychomotor is a clinical term relating to ‘motor action’ (finger texting behavior) directly proceeding from ‘mental activity’ (cognition). Both are brain driven. The question is what makes Fernandes the world’s cogent psychomotor dandy.

How is technology (texting) affecting the collective brain, behavior and emotion of millions of adolescents currently locked down during this Covid saeculum?

The 16-year-old Brazilian physics student apparently has a lot of cognitive gray matter in his young brain. This is likely fused with tons of engrams— the theorized “physical” cognitive information in the brain, which Fernandes seems to manifest through speed-texting.

In the realm of psychology, cognition generally equates with intelligence, which encompasses cognition or the process by which Fernandes might be taking in and integrating knowledge we know as “intelligence.”

“The past half-century has seen a dramatic increase in the amount of technology available to and used by children — a fact that has clearly shaped the way children learn, develop, and behave,” according to Dr. D. Bavelier, a French cognitive neuroscientist at the University of Geneva.

Empirical studies also show that technological gizmos have turned millions of teenagers or adolescents into some type of intellectual savvies. Their cognitive potential is probably or at least appears at par with rare polymaths of the pre-computer era. Is technology affecting Fernandes’ brain or is his brain simply adapting to technology?

Dr. Klein’s later suggested, “Kids raised in a smart, responsive environment, which is complex and stimulating, may develop a different set of skills. If kids can call on the environment to do things for them, they become less dependent on parents at a younger age.”

Moreover, again according to Dr. Klein, “These kids may gain a sense of competence; they can afford to be inquisitive, exploratory, imaginative, and to adopt a problem-solving approach to life. All of which may promote changes in the brain itself”.

“It is not impossible that an intelligent environment (technology) could lead us to develop new synapses and a larger cortex. A smarter environment might make smarter people.” We are reminded that many current studies are anchored on this theory proposed more than 30 years ago by Dr. Klein.

“At this point, all we can do is guess,” declared Dr. Klein in the 1990s. Is the guessing game he brought forth over? Unfortunately interrupted by the Covid-19?, inquiringly quipped my cynical kibitzer friend.

“Daily exposure to high technology stimulates brain cell alteration and neurotransmitter release, gradually strengthening new neural pathways in our brains (while weakening old ones)”, according to Drs. G. Small and G. Vorgan, in the Scientific American Mind recently downloaded in 2019.

Drs. G. Small and G. Vorgan’s, earlier study suggested that people working on the Internet for several hours without a break report making frequent errors in their work. Upon signing off, many notice feeling fatigued, irritable and distracted, or simply spaced out, experiencing “digital fog.”

This digital fog state was coined by Dr. G. Small to mean “techno-brain burnout.” This stressful state threatens to become an epidemic and is probably already affecting many more teenagers due to lockdowns caused by Covid-19.

Empirical studies also suggest that the brain’s neural circuitry responds constantly to whatever sensory activities we are involved. This includes time we spend surfing the Internet, iChatting, e-mailing, and e-shopping. Apparently, these online processes continually and digitally stimulate the brain.

Dr. P. Moore wrote in the Inferential Focus Briefing article as early as 1997 that “teenagers use different parts of their brain and think in different ways than adults when at the computer.” Does reading tons of books have the same “effect” on the brain, inquired my bookworm kibitzer friend.

Parker-Pope, in her article, Surfing the Internet Boosts Aging Brains, clarified, “Compared with reading, the Internet’s wealth of choices requires that individuals make decisions about what to click on, which is an activity that engages important cognitive circuits in the brain.”  “Real time” is really “real” online, unlike reading a book that depends on mere ideation and imagination, quipped my cynical kibitzer friend.

A teenager can run several instant messages simultaneously demonstrate how certain younger brains can function with speed, like Fernandes. These younger brains obviously acquired basic training from the rapid-fire digital gizmos they have 24/7 access into; gaining astonishing velocities influencing how they think (cognition).

“Besides influencing how we think, digital technology is altering how we feel, how we behave,” again according to Drs. G, Small and G. Vorgan. ‘Feeling’ and ‘behavior’ are linked to emotion. Millions if not all of teenagers rely on digital connectivity for entertainment to communications and to almost everything.

Drs. G. Small and G. Vorgan’s study also suggested that, “As the brain evolves and shifts its focus toward new technological skills, it drifts away from fundamental social skills, such as reading facial expressions during conversation or grasping the emotional context of a subtle gesture.”

As early as 2002, a Stanford University study revealed that “for every hour we spend on our computers, traditional face-to-face interaction time with other people drops by nearly 30 minutes.”.An hour a day of online searches changes the way the brain processes information.

A constant barrage of e-contacts is stimulating, sharpening certain cognitive skills, yet draining at the same time. This creates significant disequilibrium between cognitive and emotional development among teenagers revealed akin studies.

The rub, according to Dr. A. Damasio, a world renowned neuroscientist and prolific writer, “The risk of emotional neutrality becomes greater and greater as the speed of cognition increases. There will be more and more people who will have to rely on the cognitive system entirely, without using their emotional memory, in order to decide what is good and what is evil.”

Similarly, another UCLA study suggested, “While the brains of today’s digital natives (referring to teenagers) are wiring up for rapid-fire cyber searches, however, the neural circuits that control the more traditional learning methods are neglected and gradually diminished”.

This simply means, “The pathways for human interaction and communication weaken as customary one-on-one people skills atrophy.” Is this made more complicated due to the home lockdown of teenagers?

Evolutionary theorists tell us that the human brain evolves only after so many millions of years due to lack of “evolutionary technology” available at that particular era. Today, new technological breakthrough occurs constantly or sometimes in just a few months.

The Covid vaccine seems “almost” ready only after a few months, which my reticent-kibitzer friend quipped “is tacitly an AI assisted process, otherwise just to complete the rigorous laboratory trials would take many, many years.”

Computer memory started with a few kilobytes. Today gigabytes are getting cheaper, common and rapidly outstripped by terabytes then petabytes (PB). Currently, we have the Exabyte (EB) where there are 1,024 PB in an Exabyte (EB). Only Google has an estimated 15 EB data held.

Nerveless, the result of “too much information” is not a danger that our cognitive machinery will short out. We can in fact process all that data, our brain will not explode or implode due to data explosions, quipped my mentalist kibitzer friend .

The danger and perhaps more, comes from the emotional system’s shorting out, so we are told.

The computer is the mother of contemporary technology, wrote my alter-ego-kibitzer friend. It is subtly molding our behavior for the future. Its impact is now patent in the bioelectrochemical of the brain as contemporary studies unfold the ubiquitous overwhelming effect of technological breakthrough to our cognition and emotion.

However, the danger of our high-speed society — caused by high-speed technology — in coming generations is not that teenagers will be overloaded by information; it is that they will become brilliant on all the cognitive or intelligence tests but devoid of emotion that could be ethically rudderless, so we are told again.

An early psychosocial intervention among lockdown home kids is but one solution to mitigate a new generation of adult-enablers with too much intelligence but with impaired emotional quotients. Will a future physicist-Fernandes refute the context of this piece?

A kid left out without early, timely and appropriate intervention? Your guess is as good as anybody’s.

Dr. Aggie Carson-Arenas is a Certified Clinical Psychology Specialist, a former associate professor and university research director. He is a Behavior Analyst Specialist in Nevada, an educator, clinician, researcher, consultant, columnist and a published author. Dr. Carson-Arenas together with his daughter Abbygale Williamson Arenas-de Leon authored, “You’re Okay, I Am Perfect (How teens and adolescents & those in between quest for identity).” Abbygale also authored “88 Things Every Professional Should Know… or Else.”