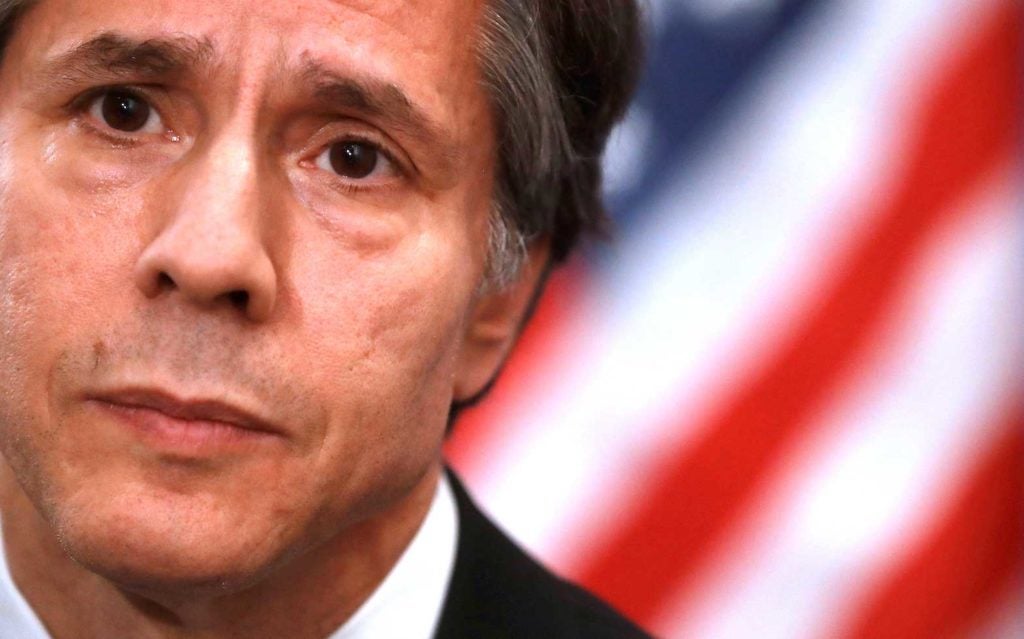 Two of the top national security officials President-elect Joe Biden named on Monday, Antony Blinken as secretary of state and Jake Sullivan as national security adviser, are known for collegiality, support for U.S. alliances and a reflex for using diplomacy as the tool of first resort.

While praised for their mastery of policy detail — honed, in Blinken’s case, through long service on the staff of the White House national security council and the Senate Foreign Relations Committee — some critics ask how the two may make the transition to front-line leadership posts in U.S. national security.

While some U.S. presidents, notably Abraham Lincoln and Barack Obama, have assembled heavyweight cabinets that included some of their sharpest political rivals, Biden’s choices include former staffers who have worked together and with him for years.

The following are some of the policy issues that Blinken and Sullivan, who served at the State Department and then as Biden’s chief foreign policy adviser in the Obama administration, will face as they seek to turn the page on President Donald Trump’s sometimes chaotic foreign policy:

China is expected to be the main challenge for Biden’s foreign policy team at a time when relations between Washington and Beijing have sunk to the lowest point in decades.

While Trump repeatedly warned during the election campaign that a victory for Biden would mean that China would “own America,” Blinken and Sullivan have both argued that a Biden administration would anything but a pushover for Beijing.

What they have promised is that Biden would apply a more consistent policy toward China, in contrast to Trump’s at times disjointed approach that has ranged from fighting a bitter trade war to lavishing praise on Chinese President Xi Jinping.

They are also expected to galvanize support from allies to pressure Beijing to respect international norms on issues such as trade, Hong Kong, the South China Sea, coronavirus and human rights.

Despite that, Biden’s foreign policy team will be under pressure to show that they are not simply reverting to the Obama administration’s approach, which some critics believe was naively based trying to coax Beijing into playing by the rules.

Bonnie Glaser of the Center for Strategic and International Studies said the Biden team should beware of getting bogged down in formal dialogues with Beijing. “The Chinese are masters at emphasizing process over outcomes,” she said.

Blinken and Sullivan are expected to devise a tougher approach to Russia. When Biden said before the election that he would “make it clear to our adversaries the days of cozying up to dictators are over,” he left little doubt he considered Russian President Vladimir Putin among them.

Blinken, who served under Obama when Russia annexed Crimea from Ukraine, said in September that Biden believed in countering aggression by Moscow, including through sanctions. He also accused Russia, in a CBS interview, of “trying to exploit our difficulties.”

Biden wants to extend the lone remaining U.S.-Russia strategic nuclear arms control treaty. Unless extended, the New START pact expires 16 days after his Jan. 20 inauguration, ending all restraints on deployments of strategic nuclear warheads and the bombers and missiles that carry them.

Sullivan was a key player in the secret negotiations that ultimately led to the 2015 Iran nuclear deal, and he and Blinken have both called for a return to diplomacy with Tehran.

The pact, which Trump abandoned in 2018, sought to limit Iran’s nuclear program to prevent it from developing atomic weapons in return for the easing of economic sanctions.

In withdrawing from the deal, Trump restored U.S. sanctions and has imposed many more in a failed effort so far to force Iran into negotiations.

Biden has said he would rejoin the accord if Iran first resumed strict compliance. Biden would work with allies “to strengthen and extend it, while more effectively pushing back against Iran’s other destabilizing activities.”

However, returning to the original deal is no simple matter and Iran is all but certain to demand concessions.

Blinken has assailed Trump’s engagement with Kim Jong Un, saying the unprecedented summits he held with the North Korea leader failed to yield progress on Pyongyang’s denuclearization and left the United States in greater danger than before.

“What do we get in return? Worse than nothing,” Blinken told CBS News in September, referring to the Trump-Kim meetings.

What is less clear, however, is how Blinken and the rest of Biden’s team will deal with North Korea. Blinken has promised to work more closely with allies and to press China for “genuine economic pressure” to get Pyongyang to the negotiating table.

Biden’s national security team will face tough decisions on Afghanistan, where Trump last week decided to cut the number of U.S. forces to 2,500 from 4,500 by mid-January, reducing Kabul and Washington’s leverage with the Taliban insurgents.

The Trump administration’s efforts to nurture a peace deal between the Afghan government and the Taliban have languished, with Taliban violence increasing and little incentive for the militant group to compromise as the U.S. draws down.

The big question is whether a Biden administration will fulfill a U.S.-Taliban agreement struck in March and pull all U.S. troops out by May 2021 without holding the Taliban to their commitments to reduce violence and to break with al Qaeda and other Islamist groups who might pose a threat to U.S. interests.

Blinken has said open-ended U.S. deployments in places like Afghanistan and Syria “with no clear strategy should end and will end” under Biden. But such decisions will depend on military assessments of conditions on the ground and consultation with allies, leaving the door open to a continued U.S. presence.