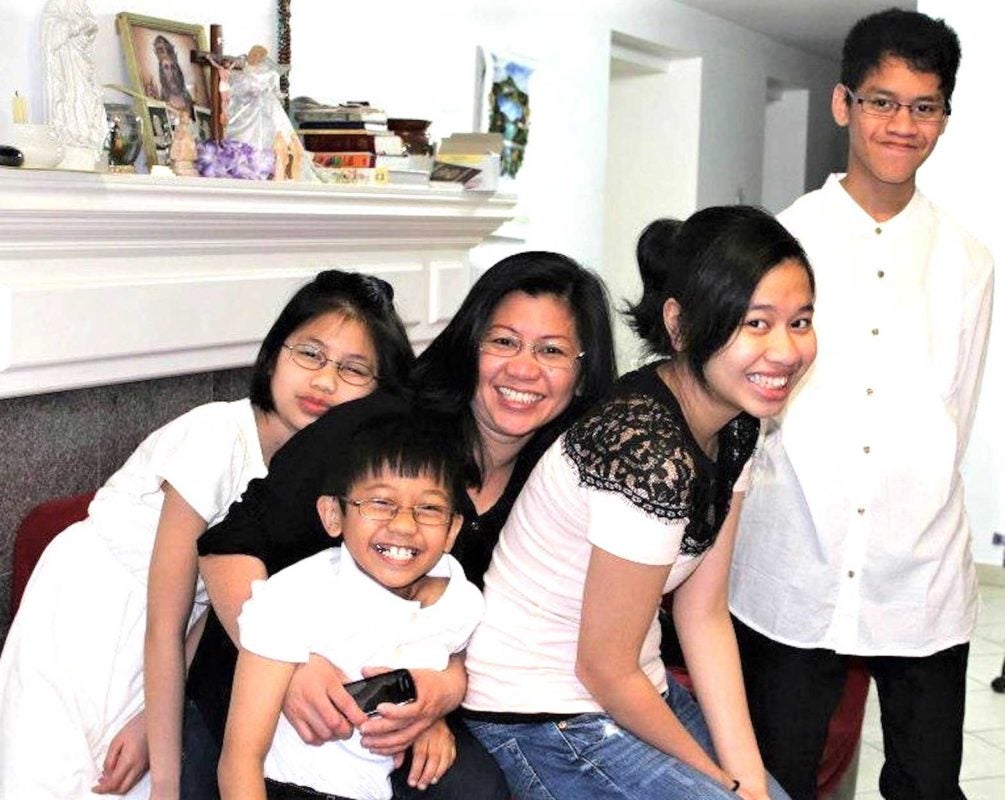 I have been very fortunate to meet many special people at various stages in my life: people that I admire; men and women whose vision and personal beliefs jive with mine; friends with whom I can be comfortable and in whose presence I can let my guard down. They can be a high school classmate, a colleague, or someone from my old and current profession.

Rhea Villavicencio is one of them. Rhea is a former live-in caregiver and one of my best friends. Maybe more like a sister than friend. I met her in 2012, when she started interning in the non-profit office where I was employed as media specialist.  She was studying towards a diploma in Community Support Work in Social Service. We have worked together ever since, volunteered

together, and helped each other get through hurdles both at home and in the workplace.

I had never seen an intern as hardworking or as talented all-around as Rhea Villavicencio. When she started something, she would not leave it unfinished. After her internship was over, Rhea was hired fulltime as an admin assistant, but her tasks didn’t end there.

Having a background in computer management and programming in the Philippines, she soon became the office techie who was in-charge of fixing glitches in the computer network, the Wi-Fi systems, and printer operation. She upgraded software, installed virus checkers, scanned hard drives for viruses. Rhea was our in-house, daily tech support.

Easy going and friendly, she was well-liked in our office. You could hear her laughter from several cubicles away as she trouble-shot one technical problem after another. Rhea even helped me learn a new publication software that I needed for my print media projects. She was patient and knowledgeable and was always ready to answer my questions. Later she became my lay-out and design consultant during our social media and poster campaigns.

All these, aside from doing her admin job, and spending her free time teaching computer courses to new caregivers and helping seniors on Saturdays, organizing a volunteer club and learning how best to help newly-arrived caregivers whom she met outside the office.

Rhea Villavicencio was first to arrive and last to leave the office, six days a week. No bonuses, no overtime pay.

She came to Canada through the Live-in Caregiver Program (LCP) in November of 2004. As a single parent with four little kids to raise, it had been an easy decision to make. It helped that her mother, Nanay, was around to look after the children. As soon as she received her open visa, Rhea first applied as barista at Starbucks, then as housekeeper in a big downtown hotel, and utilizing her killer work ethics, also got outside cleaning contracts that sometimes kept her out of the house until past midnight.

Rhea sponsored her children in 2011, accompanied by Nanay so she could continue looking  after the little family. Thankfully, the LCP did not require its members to present a set level of income to apply for family sponsorships in those days.

Rhea knew that to be able to support her family and send her children to school, she had to work hard and work smart. She needed to upgrade her skills to leave caregiving and cleaning behind. Having Nanay around enabled Rhea to work and study at the same time. 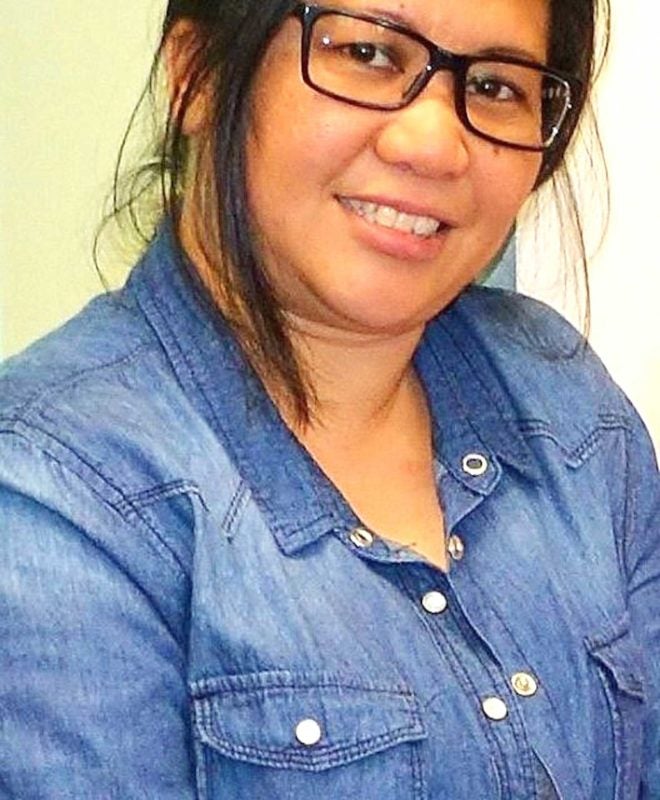 Many other nanny-housekeepers work three jobs, caregiving plus one or two other part-times, like cleaning houses or offices on weekends, because they had so many financial obligations both here and in the Philippines. These women often got caught in the cycle of doing multiple low-paying jobs and realized too late that they were already trapped in the system.

Rhea is a proud and stubborn person. She keeps her personal feelings and struggles to herself. I suppose stubbornness and pride are good qualities if you are fighting to achieve something. Like a pit bull, you have to latch your fangs into whatever you wanted, and no matter how rough the going is, never let it go. Rhea is a pit bull.  She held on to her dreams, through good times or bad, until she acquired enough experience and skills to pursue higher pay. She took the punches. She would stay working on something until she could barely walk. She never complained.

Meanwhile, Nanay helped keep their home life going smoothly and the children properly looked after. You can tell by just talking to Nanay that Rhea came from good genetic stock. (Nanay was smart, hardworking, and can whip out a good dinner with a minimum of expense, even recycle left-overs into another dish so new that her discriminating grandkids wouldn’t even recognize it. But that’s another story. Nanay deserves a whole story unto herself.)

Today, Rhea is doing the type of work she had set her eyes on, with a higher salary, good health benefits, and paid overtime; but she still takes time to help guide new caregivers during weekends. Her oldest child Andrea, is now working as a flight attendant. The two younger ones, JM and Ella, are about to enter college, and Lance, the youngest, is in 3rd year of highschool.

Rhea is also trying out Foreign Exchange Trading with Andrea, Ella and Lance. All three, being children of the Internet, are enjoying the work. Rhea wasn’t surprised at the success her youngest is having at trading. Apparently, Lance is making some real money. He’s a natural. To which I said, “Maybe you can learn from the boy!”

Nanay is now a landed immigrant, currently processing her citizenship application, and working at a department store. Life has gotten easier.

What really impressed me is the fact that Rhea has helped so many women through the years even during her free time, guiding them through their immigration and personal dilemmas, and assisted them in correctly filling out their various applications forms, without any financial expectations.

She could, I shouted at her once in a while, have charged these women. She helped empower them, after all. Enabled them to move a few more steps closer to their own goals.

But no, she wouldn’t. That’s Rhea Villavicencio.

Crisanta Sampang is a former caregiver who wrote about her life in Singapore in ‘Maid in Singapore’. An author and filmmaker, she continues to write for Philippine Canadian News.Com  as well as Mill Woods Mosaic. She is finishing her second book – ‘Maid in Vancouver’.