Comfort Women: Apology from others, cruelty from our own

Comfort Women: Apology from others, cruelty from our own 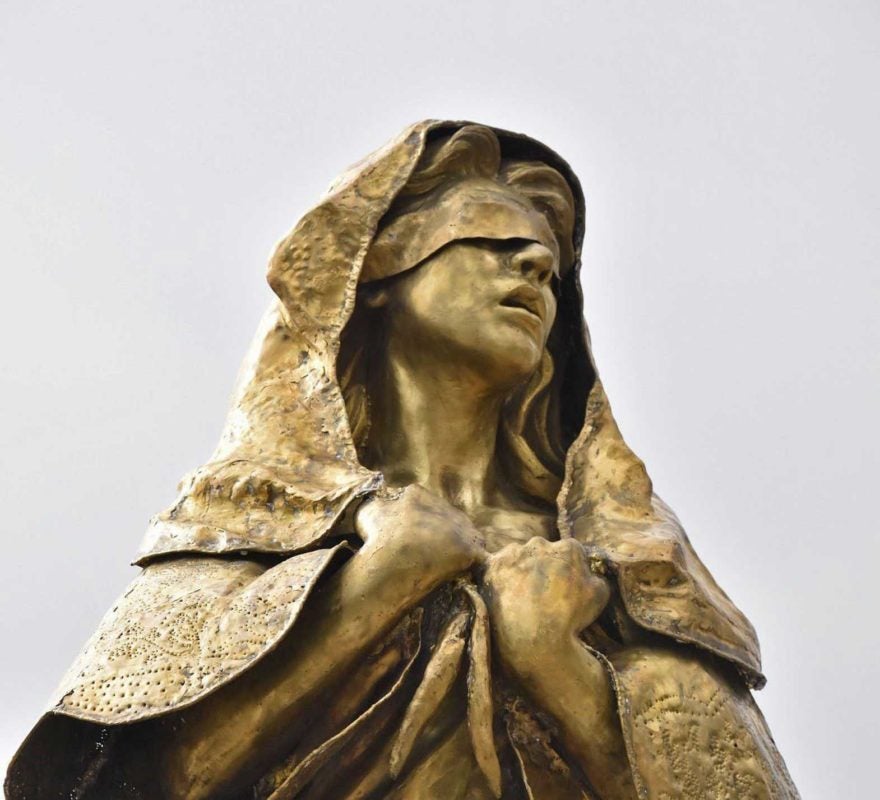 The Philippines’ Comfort Woman statue: The national leadership was of the opinion that, in order not to “antagonize” other countries, the memorial was better placed in a private property. YOUTUBE

Some time ago, I was watching BBC News in which Filipino women were featured as living victims of the Second World War — as “comfort women” for the conquering Japanese army. With the whole world as audience, Aling Mileng, an octogenarian, recounted her ordeal in the hands of the savages when she was 15 years old, “I was really struggling because I didn’t want my clothes to be stripped off. I kept my legs together, tightly crossed. After I did that, they punched my thighs so that they could do what they wanted.”

December 8, 2017 was special on two accounts: One, it was the Solemnity of the Immaculate Conception, Patroness of the Philippines. And two, a statue named “Filipina Comfort Women” was publicly displayed along Baywalk in Manila. The National Historical Commission of the Philippines) put an NHCP marker to declare officially that the statue was a protected heritage. The statue was meant to remind us of two things. First, to maintain a profound respect for women, a Filipino value that we treasure so much; secondly, to honor all Filipino “comfort women,” living and dead, who suffered traumatic experiences worse than death.

On April 27, 2018, the government removed the statue from Manila and transported it to Antipolo, where its artist, Jonas Roces, casually stored it inside his private studio. The national leadership was of the opinion that, in order not to “antagonize” other countries, the memorial was better placed in a private property. As you would expect, concerned citizens condemned the transfer even as they declared their opposition to historical revisionism.

But it begs the question: How can our government be so dumb when, in 1994, then Prime Minister Tomiichi Murayama signed a public apology addressed to the Korean, Taiwanese, Filipino, and Dutch former comfort women, saying, “As Prime Minister of Japan, I thus extend anew my most sincere apologies and remorse to all the women who underwent immeasurable and painful experiences and suffered incurable physical and psychological wounds as comfort women”?

To show sincerity, the same official apology was copied one by one, each signed by the Prime Minister, sent, and received by about 350 living victims. In the same year, the Japanese government set up a semi-public Asian Women’s Fund (AWF) to distribute compensation to them and their families.

How can our government, the offended party, be so heartless to our own women when the foreign government, the offending party, has already realized its gigantic mistakes, officially admitted guilt and manifested its willingness to repair the damage, albeit a little bit too late, as many of our women have gone?

How can our government, the offended party, be so callous when the foreign government, the offending party, has already acknowledged that the brutish inclination of men, particularly those far away from home, made them savages? That when conquerors completely controlled the situation, those savages were armed with more teeth and fangs to devour the weak. That they imprisoned more than a thousand Filipino women for the sole purpose of using them as “comfort women” during the entire length of the Japanese occupation, and that they satisfied their urges by devouring our women, keeping them like pets, and using them repeatedly as sex slaves.

Each of the Japanese military installations in the Philippines during the occupation had a location were our beloved women were held, which they called a “comfort station.” One such place was Bahay na Pula or the Red House in Mapaniqui in the municipality of Candaba, Pampanga.

What is worse than bodily torture and slow death? Rape and gang rape! They are traumatic experiences that impact the bare soul of the victim in a mental-physiological way. Their effects and spiritual aftermath are abysmal and the psychological wounds usually lead to a daily nightmare for any dalagang Filipina. Feel the agony when she wakes up in the middle of the night, crying, and staring off at nothing, tulala.

Rape is an indescribable evil. Imagine what it did to a thousand Filipina girls, who valued purity and virginity more than life itself. What power on earth could have assisted a Filipina victim after being repeatedly raped? What positive motivation was ever possible for a sex slave after an inglorious war? And after that inglorious war, still tulala, all she heard was “NEXT!”

How can our government be so merciless?