Statement of Fil-Ams for Biden/Harris on Democratic victory

Statement of Fil-Ams for Biden/Harris on Democratic victory 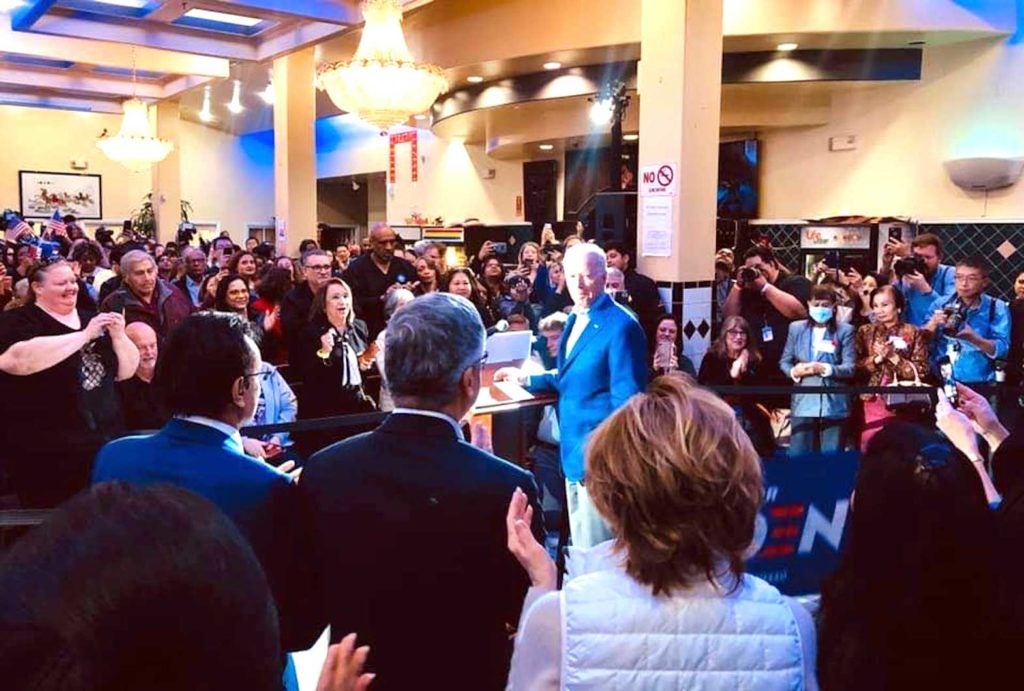 The American people have spoken, and as a result Vice President Joseph Biden is now the President-elect. In the words of President Lincoln, by embracing their “better angels” voters everywhere have chosen transparency over darkness, opportunity over privilege and accountability and civility over chaos.

Whether by raising money, manning phone banks or sharing what they saw as the virtues embodied by President-elect Biden with other members of the community, Filipino Americans can say with pride and satisfaction that they played a real part in the Biden victory. While some are veterans of many campaigns, for others this was the first time they were motivated to speak their mind, act on their conscience and do the hard work that propels a candidate to victory.

Historically, campaigns have overlooked Filipino, Asian, Pacific Islander, disenfranchised, new immigrants, young voters of color, and mono and bilingual voters.  Filipino Americans for Biden Harris did not and our efforts contributed to a significant margin of victory as evidenced by the razor sharp margins it took to reach 270 electoral votes necessary to win the White House.  Every Filipino American vote counted.

However, as Filipino Americans and others are aware, the Biden victory marks not just the end of the campaign, but the beginning of the real challenge of uniting what has become a divided country. Filipino Americans will have a role to play in this effort as well, by supporting the work of President-elect Biden and Vice President-elect Kamala Harris as they implement their plan to control the spread of the coronavirus, get supplies to front-line healthcare workers, revitalize the economy and provide parents, seniors, families and entire communities with the hope and resources they need to survive and thrive in the face of what has become a challenging world.

Clearly, while the election may be over, the struggle continues. Fortunately, Filipino Americans have demonstrated that they are up to the task and are willing to play whatever role they are called upon to play.

Filipinos American history proves when we are called upon we summon the best within us to meet the challenges facing us.  Today, marks the call for all Filipino Americans, regardless of party affiliation, zip code, place of birth, age, who you love, how you pray or the color of your skin, to unite to create opportunity for an America that enables individuals, families and communities to live a life built on safety, hard work and shared sacrifice.

We also ask all Filipinos to commit to President-elect Joe Biden because we know he is committed to us to our families, our children, our elderly because he has the experience, skills and compassion needed to govern in a way that provides America’s working families with tools, choices, and freedom they need to “build back better” by calling on the resources of the government and private sector to create new jobs and — when necessary — to deliver further immediate relief to Filipino American working families, small businesses and communities.

President-elect Biden and Vice President-elect Harris, Filipino Americans are ready to be called upon to be part of a future that works for all communities, not just well-connected individuals, focused on promoting justice and safety for all, caring for the environment stewardship that helps to create new jobs, sustainable sources of energy and healthier communities, advancing racial equity, mobilizing Filipino American talent to build 21st century caregiving and education workforces designed to help ease the burden of care for working parents, and listening to medical and scientific experts and devise a strategy for managing the effects of the pandemic and protecting Filipino frontline health workers.