Trump wants to be Marcos, time to save American democracy

Trump wants to be Marcos, time to save American democracy 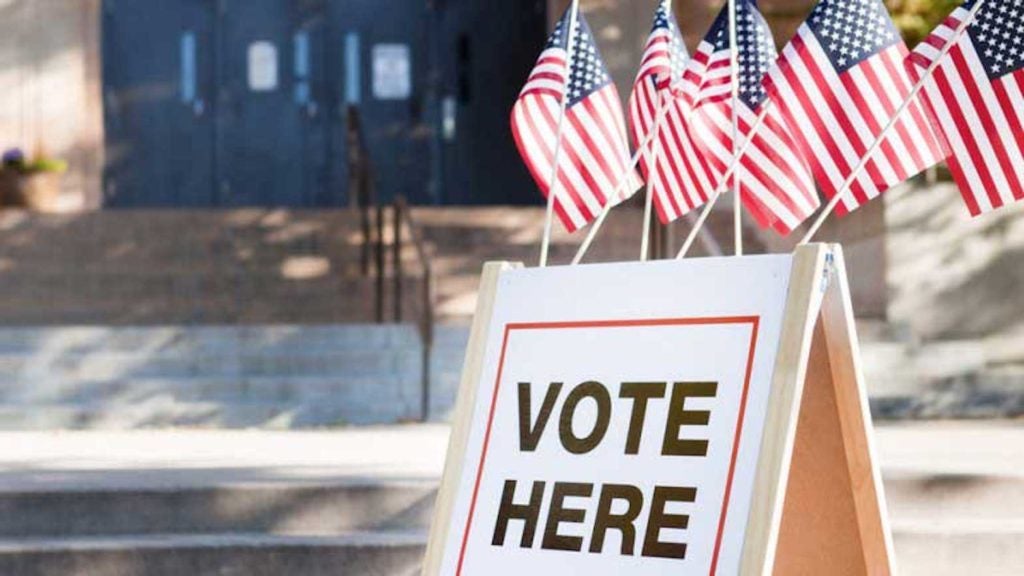 All the signs are there. There’s barricades going up around the White House before the election.

It reminds me of the Black Lives Matter rally, when Trump had peaceful protesters gassed to clear the path for him to have a Bible thumping photo-op at the church across the street from the White House.

Force seems to be in the equation in an election that almost certainly will be contested by Donald Trump should he lose.

Autocrats can’t lose. The late Iraqi strongman Saddam Hussein won with 100 percent of the vote in 2002.  He won 11 million to NOTHING.  11 million votes. The Philippines Marcos was no different. Maybe he allowed a few more stray votes just to look good.

But Trump can’t stand losing. Especially if losing could mean prison time for Trumpy.So, if it came down to Trump or democracy, guess what a self-serving megalomaniac like Trump might choose? That makes this election critical.

It used to be some people didn’t see themselves in our democracy. So they didn’t vote. They’d say, ”Why bother? ”We can’t say that any more.  Bother now.

Especially if you’re part of America’s great diversity, say an Asian American of Filipino descent, or a person of color, or a working class person, or  a woman, or an LGBTQ person. You should be feeling the threat as we approach Nov. 3.  The threat is real. You have to vote. I did already.  You must.

Like the bilingual sticker on the mask says, “I voted.” On October 14, I masked up and took a rare COVID venture outside my home.  I drove to my county registrar’s office. I felt every stroke of black as I filled in all the white boxes. Our white boxes.

Here’s the good thing about voting early. You get to savor your vote. My white boxes. Now darkened to my delight. (Maybe you pull a lever, or punch something, or do something on a computer? We fill in the white boxes. What a treat).

And then you gleam. I voted. And tell everyone.

Until it’s all over and the fat candidate concedes, it’s like walking around with a live lottery ticket. You want everyone to get in to grow the pot. Of course, I’m being agnostic. I don’t care about how you vote. Just do it.

Once it’s over, the real work begins.  The count. The legitimizing. And for the losers, the rationalizing. So, if you haven’t voted, now it’s your turn.

You’ve still got time.  On the Day of the Dead, I hope you remembered all the COVID fatalities– the more than 230,000 in our country alone–and get out there.  Vote for them.

You have through Tuesday. If you’re in Philadelphia, AALDEF will have poll watchers. And around New York City, AALDEF exit pollsters will be looking to survey Asian American voters. If you see them,  tell them how you voted and why.  No one else will care about your voice like the AALDEF exit pollsters.

There shouldn’t be any one among us who is hesitant about voting. The threat of having your health care stripped away should make you want to vote.

Are you getting the money you need to pay rent? Or to keep your business from failing? All that should make you want to vote. And then there’s this thing called democracy itself.

Remember the first time you did something bad and nothing happened to you? You got away with it. And I mean more than just going 45 in a 25 mph zone. A lot more.

That’s the new American moral standard, usually favored by criminals, but now firmly set by Donald J. Trump, president of the United States, and chief proponent of the  $750  income tax for billionaires.

Under Trump, there’s right and wrong and getting caught. Trump’s advice? Don’t get caught. Otherwise you’re a sucker and loser. Or you have the luxury of being president and then you’ve got the ultimate protection, immunity, for as long as you’re commander-in-chief.

With all the potential criminal charges facing the man who is protected simply for being a sitting POTUS, I’d say he’s plenty motivated to stay in office. That’s why I’m not sure what will happen on Tuesday. Will we see headlines like: “Trump denies votes just as he does virus.”

Will there be an attempt made to invalidate uncounted votes? Or just an attempt to declare victory based on “voting irregularities”?

No one is expecting a graceful concession speech from Donald Trump. Then again, if he wins, or has his way, then we could expect more of the last four years, only far worse. He’d be a scorched earth lame duck. And he’s already scorched us pretty badly.

Since taking office, Trump has evaded accountability and thumbed his nose at conventional expectations of political civility. As the American role model for us and the world, he took advantage of every edge and didn’t play fair. He has proven to be the most venal and corrupt leader of the free world, bereft of conscience and morals.

Over the last four years, Trump brought out the worst in America. And I’m not sure it can be undone.

For all Asian Americans this is real.

I’m thinking of CNN anchor Amara Walker’s revelation how she as an Asian American of Korean descent was confronted not once but  three times by people who got in her face about whether she belonged in America. It happened at the New Orleans airport.

Walker described how an older man walked by her and gave her a “Ni hao.” But it wasn’t a friendly hello when followed by “Ching chong.”

“I was stunned,” Walker said. “It’s happened to me before sadly, but every time it shocks me.”

She moved on and tried to ignore it. But later she saw the man again at an airport shop and confronted him. She asked him if he knew how racist he was being. The man smugly denied anything had happened and walked away.

Walker was mad, but went back to her gate. Five minutes later, a younger man of South Asian descent,  not wearing a mask comes up to her and says, “Hey, do you speak English?”

Walker says she asked the second man why he would assume she didn’t? The man responded by mocking a generic Asian sound. As onlookers got involved trying to defend Walker, security was called. But when a police officer arrived, instead of confronting the man harassing Walker, the officer lectured Walker and her producer. According to Walker, the intimidating officer said, “Asking someone if they speak English is not racist, OK, do you understand?”

The transgressions against Walker are all a  consequence of Donald Trump using Anti-Asian hate rhetoric since March when he began calling COVID-19, the “China Virus” or the “Kung Flu.”

More than 3,000 incidents were reported to Stop AAPI Hate in the first months of the pandemic. Many Filipinos have been stopped and called “Chinese.” Think of that. Think of the president’s overall handling of the virus, downplaying, acting like a super-spreading public health denier, and all at the people’s expense.

This is what America has become. This is why you must vote.

Finally, to my conservative friends.  I know you are good people. Please vote. If not for a person, then for our country. It should be obvious, but I glimpsed Peggy Noonan’s column in Saturday’s Wall Street Journal. And she, one of the nattering nabobs of the political media, declares she is not voting.

“Is abstaining an honorable choice?” she asked rhetorically in her column, but then answered. “For me, it is the only one. Sometimes you just have to hold up your hand and say no, bad choice, bad paths.”

But abstention? This isn’t premarital sex. This is democracy. Abstaining is the chicken’s way out. And that besmirches the chicken. If you can’t allow for a positive compromise for the sake of our country, you’re not playing the game right.  But this is the mindset that’s created the highly partisan gridlock that’s killed governance since the late ‘80s.

Noonan should turn in her nabob card. Her abstaining is the ultimate in white privilege. White elitists will survive no matter what happens. They can afford not to vote. She’ll still have a voice.

Everyone else? Mark your ballot– with glee. It’s your vote, your voice. It’s worth the wait, and all the trouble. Trump as Marcos is not a good look. It’s our time to save democracy.

Emil Guillermo is a journalist and commentator. He is the recent winner of two Plaridel Awards from the Philippine American Press Club USA for Best Commentary and for Best News Story. He writes a column for Inquirer.net’s North American Bureau. Twitter @emilamok. Watch him on www.amok.com and on facebook at Emil Guillermo Media.