An Asian GOP gathering. The organization abandoned President Donald Trump and threw its support to his rival, Joe Biden. SCREENGRAB

NEW YORK – An Asian American group of Republicans abandoned President Donald Trump less than a week before the presidential election.

The organization, which is largely based in Florida, said in a statement, “We need a president with empathy, integrity, and broadness capable of bringing all sides to the table.

Cliff Li, head of the Asian GOP, told Nikkei Asia that there has been a gradual “opinion shift” among Chinese American conservatives. He claimed to be personally outraged by Trump’s calling the new coronavirus the “China virus” “and  “kung flu” as it showed the president’s “total disregard of the impact it could have on the Chinese American community.”

Li, who was the chair of the Asian American outreach team for Florida’s governor Ron DeSantis, said  Asian GOP aims to push “the silent majority” of Asian American conservatives toward Biden. 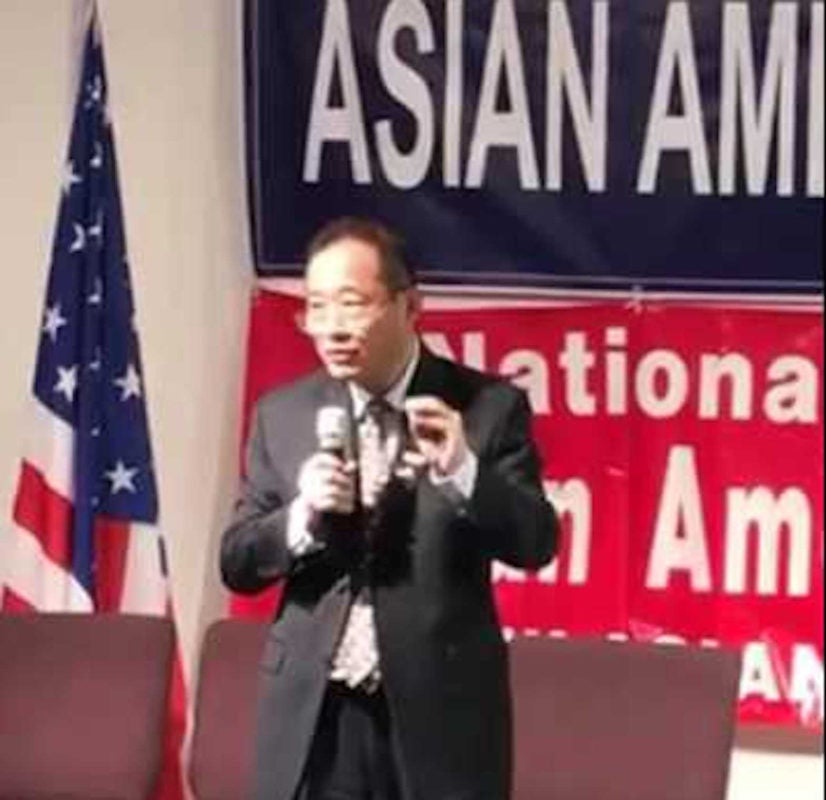 Trump “failed on all fronts” in handling the COVID-19 crisis, Li said. “Even [Trump] got the virus himself, he still hasn’t changed. This is somebody who refuses to learn from his mistakes [and] refuses to be the person who wants to unite everyone together to deal with the crisis.”

Li, who left China for the U.S. after the 1989 Tiananmen Square crackdown, told Nikkei Asia, “When a party becomes somebody’s party, this party is on the wrong track. Hopefully, the Republican Party will get back to [being] a party of the value and a party of the ideology, instead of an organization of a flawed politician.”

The Asian GOP had worked with the Republican National Committee (RNC) for outreach to Asian communities. Its website shows activities at the Trump-owned Mar-a-Lago Club and Safari Night Ball at Mar-a-Lago.

But the organization soured on the GOP last year when Cindy Yang, a massage parlor owner and an Asian GOP fundraiser was accused of selling access to the Trump family members to Chinese businessmen.