One of the best things to do this Halloween season, since many of us are stuck at home anyway, is to binge-watch horror movies on Netflix. This is a really great way to get into the spirit of Halloween. What better place to do it than a reliable, convenient streaming service like Netflix?

Netflix is home to thousands and thousands of movies, and their horror catalog is nothing to scoff at either. From cult classics to modern cinema, you will be able to browse through a ton of movies to choose from for your Halloween movie night.

To start you off, here are 10 of the best horror movies you can watch on Netflix right now, in no particular order. 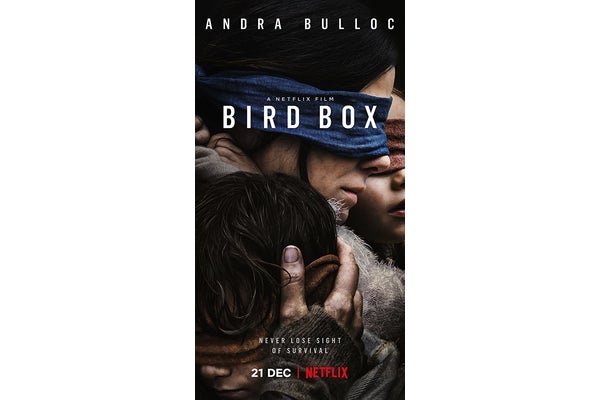 Bird Box is a horror film that came out in 2018. It stars Sandra Bullock, Trevante Rhodes, John Malkovich, Danielle Macdonald, and Sarah Paulson. It is directed by Susanne Bier and the move is based on a book of the same name by Josh Malerman.

This movie is great for two things: the acting and the concept behind the film. The movie, aside from the first act, is set in a post-apocalyptic world after the planet is left in shambles after a terrestrial being attacks Earth, a being that, if a human lays their eyes on it, will drive them insane to the point of fatal self-harm.

It’s a good movie to watch. Sandra Bullock most especially takes the center stage and captivates the viewers with her amazing acting. The mystery of the movie’s supposed antagonist and how it’s affecting this movie’s world is also quite interesting to watch unfold. 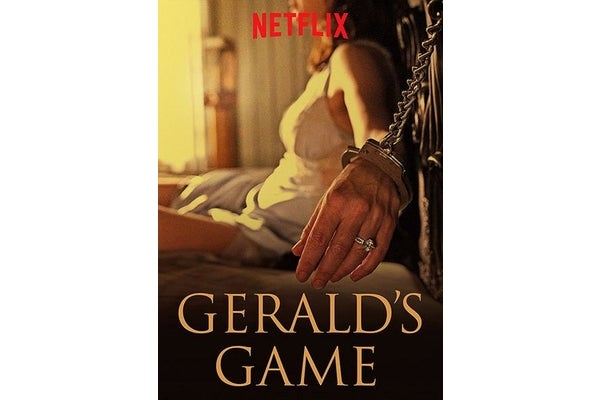 Gerald’s Game is a movie adaptation of Stephen King’s novel of the same name. The movie is directed by Mike Flanagan, one of the most prominent filmmakers in horror today. It stars Carla Gugino and Bruce Greenwood. It tells the story of a couple who goes on a trip in hopes of rediscovering their romantic life.

This movie feels really claustrophobic, tight, and personal. It has a sense of intensity, a lot of intensity, yet it also feels very grounded and human. And of course, this movie is incredibly chilling.

It deals with trauma and how someone struggles with that internally all through their lives. The situation the main character finds herself in forces her to face her inner demons, as well as figure out a way to survive this horrible endeavor. This movie is most definitely one of the best horror movies on Netflix. 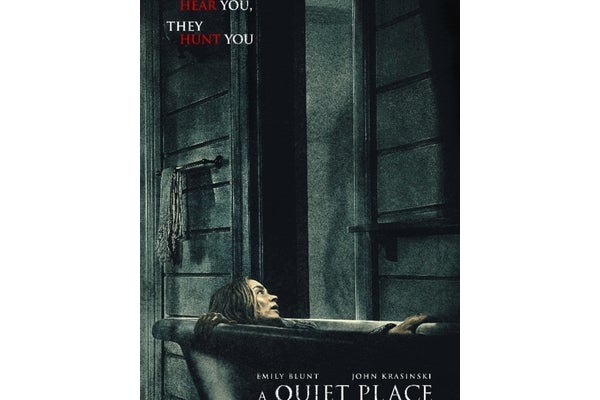 A Quiet Place is a movie directed by John Krasinsky, formerly known as Jim from The Office. He also stars in the film alongside his real-life partner Emily Blunt.

The movie is set in a post-apocalyptic world where extraterrestrial beings who are blind yet have incredibly acute hearing dominate the world and destroy anyone they hear.

This movie’s premise is very interesting. A superior being that relies only on sound and everyone needs to be very silent to make sure the aliens don’t attack them.

The movie also focuses on this specific family instead of highlighting how this event has affected the entire world, which gives it a more grounded and relatable feeling.

A Quiet Place isn’t exactly the scariest horror movie out there, but it most definitely is one of the most well-written and best-crafted horror movies on Netflix. 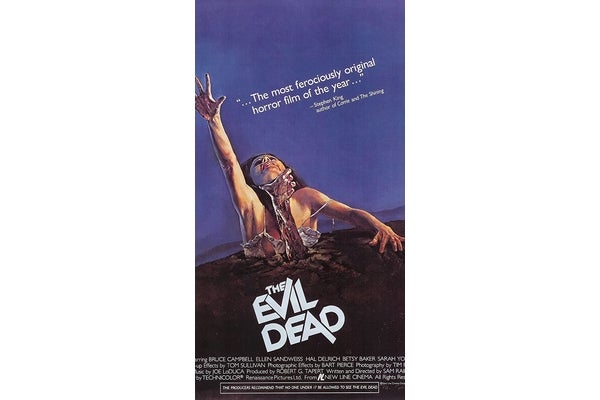 The Evil Dead is a supernatural horror film that came out in 1981. This movie is a horror classic that has since developed a cult following and has spawned various sequels, a remake, and other spin-offs.

It tells the story of this group of friends who decided to have their vacation at this cabin in the woods. If horror movies are any indication, an isolated cabin in the woods is never a good place to be, unless you want to have a horrifying experience instead of a relaxing vacation.

This is a very old film, yet it did so well with what it had. It was a time when visual effects had to be all manual and technical, yet every monster in the movie looked incredibly terrible.

The scares were very effective, some scenes were very traumatizing, but if you’re a fan of the horror genre, you’ll agree that this is one of the best horror movies on Netflix right now. 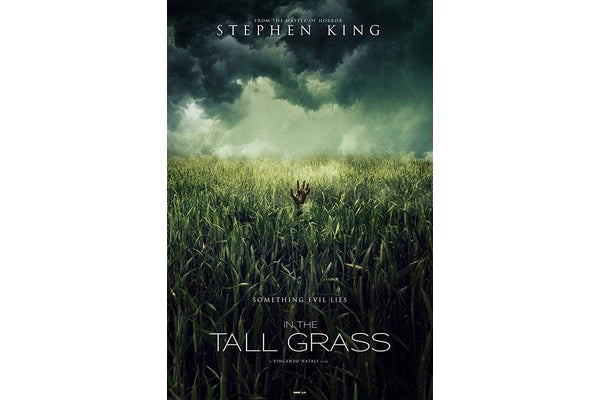 In The Tall Grass is an obscure supernatural horror film by writer-director Vincenzo Natali. It is based on a novella by Stephen King and his son Joe Hill.

This movie has a very odd plot device, yet the way the movie moves around this particular premise is very interesting and very well done. It is closer to being a psychological thriller rather than being a full-blown horror movie, yet it can still deliver effective scares when it needs to.

One of this movie’s strengths is it’s incredibly well acted. This stars Harrison Gilbertson, Laysla De Oliveira, Avery Whitted, Will Buie Jr., Rachel Wilson, and Patrick Wilson, and all of them are spectacular in this movie. It is also very well written too.

This movie will make you not want to go anywhere near a field of grass anymore. 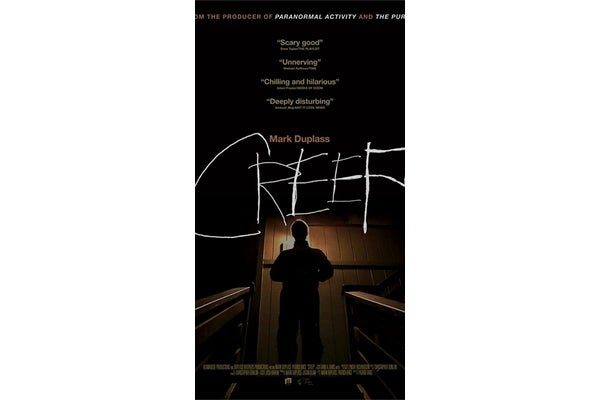 Creep is a found footage horror film that revolves around two characters only. It was directed by Patrick Brice and he stars in it as well alongside Mark Duplass, who co-wrote the story.

The premise of the movie is very simple. A struggling videographer finds a listing on Craigslist, a client looking for someone who can document his day-to-day life. As soon as these two characters meet, the movie really starts taking off.

The character interaction between these two polarizing characters is really the heart of the movie. On top of being a horror movie, it also has elements borrowed from other genres such as drama and psychological thriller. It even has a few humorous moments which makes it a little bit of a horror-comedy as well. 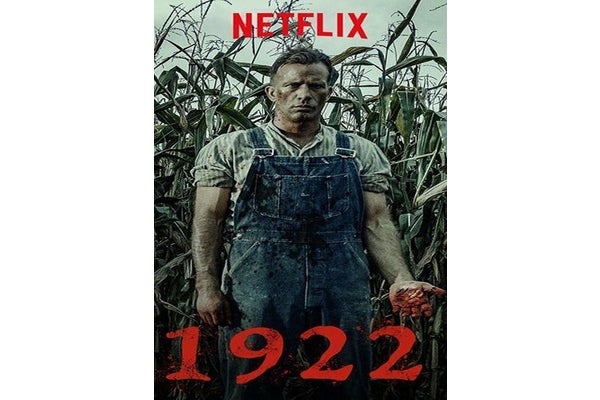 1922 in a horror drama period piece written and directed by Zak Hilditch. The movie stars Thomas Jane, Neal McDonough, and Molly Parker. It is based on another Stephen King novel of the same name.

More and more Stephen King novels have been adapted into movies lately. Thankfully, many of them are so very well done. 1922 is one of those adaptations. With gorgeous cinematography, wonderful acting, and thrilling moments, this film deserves to be included in your Halloween movie night.

This film tackles the themes of family, ambition, betrayal, and trauma. The perfect ingredients for a good family horror film. The things that the main characters go through is always an effect of a prior decision, which makes everything that’s happening a little more impactful.

In the end, the movie delivers the right amount of scares, but a whole lot of other emotions too. 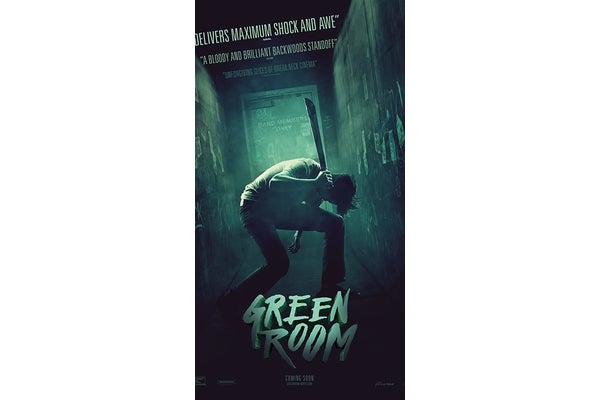 Green Room is a horror-thriller film directed and written by Jeremy Saulnier. It focuses on this punk-rock band who, after having a gig canceled at the last minute, are forced to perform in a bar filled with racist skinheads.

Unwavered by this, they decided to push forward with the gig, and thus the movie moves forward.

This movie isn’t exactly very easy to watch. It’s one of those films that’s really, truly gruesome. This aspect of the film is never out of place, though. A film like this needs to be gruesome in order to deliver what it needs to deliver.

Other than that, this indeed is a great horror film, if you can stomach the various horrible scenes. 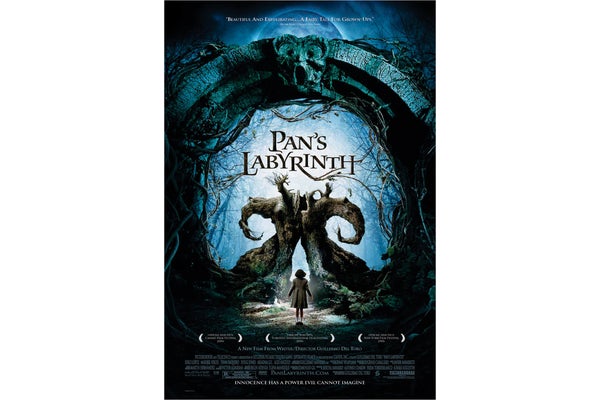 While the movie is more dark fantasy rather than horror, this is a movie you need to include in your watch list on Halloween night.

Pan’s Labyrinth tells the story of a young girl who goes off into this fantastical world filled with magical creatures. Instead of them being gleeful, colorful, and wonderful, they’re grotesque, dark, and grim. This movie is sort of like a dark take on Alice in Wonderland.

Guillermo Del Toro did a wonderful job, as always, directing this film. The story is very disheartening, yet it fits the world this movie is set in. Be sure to watch this horror movie on Netflix come Halloween night. 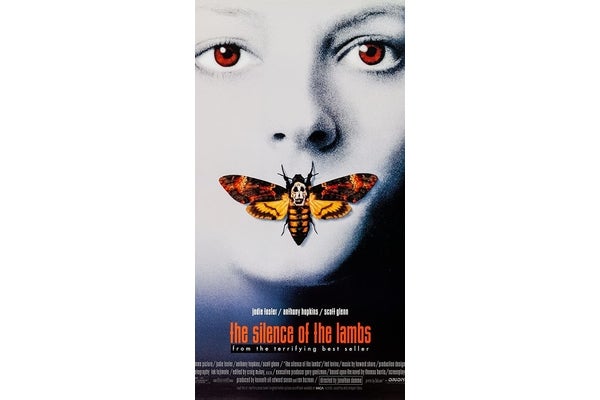 The Silence of the Lambs is a psychological horror film starring Anthony Hopkins, Jodie Foster, Scott Glenn, and Ted Levine. It is directed by Jonathan Demme and it is an adaptation of an old classic book by Thomas Harris.

The movie is about an FBI rookie who enlists the help of an infamous serial killer cannibal named Hannibal Lecter to capture another serial killer known as Buffalo Bill.

This movie is incredible from start to finish. The acting, the direction, the story, script, everything about this film is fantastic. It’s one of the best horror movies on Netflix right now and if you haven’t seen it yet, you should most definitely do so now.

These movies range in quality and emotions, but they will surely satisfy a horror fan’s appetite.

Be sure to check these out on Netflix and include them in your watch list of horror movies on Netflix. You should be good to go if you’re going to have a movie night on Halloween.