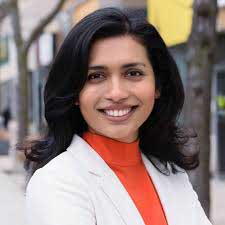 Member of Provincial Parliament Doly Begum is sponsoring a bill to have June declare as Filipino Heritage Month in Ontario. FACEBOOK

Begum, member of Ontario’s New Democratic Party and the elected representative for Scarborough Southwest, states that the bill is “an opportunity to recognize the province’s diverse Filipino community and their contributions to Ontario’s economic, cultural, social, and political well-being.”

Having a Filipino Heritage Month allows all “Ontarians to reflect, celebrate, and appreciate the history and pivotal contributions that Filipino Canadians have made and continue to make across the province,” says Begum.

The city of Toronto had declared June as Filipino Heritage Month in 2017, and the federal government of Canada did the same in 2018.  However, Alberta is the only province that has June as Filipino Heritage Month. Of the million or more persons of Filipino descent living in Canada, “25 percent reside in Ontario…and we must acknowledge and give thanks to the thousands of Filipino Canadians who are working on the front lines, and who are doing their part to keep the province afloat,” adds Begum.

Pagao says the bill would help “preserve our cultural heritage, our identity and beliefs.”  Corpuz explains that “Heritage Month celebrations provide the space to teach and learn…cultural history of the Filipino Canadian community and how the community is viewed in the Canadian narrative.”

Javier says that passage of the bill would “amplify our critical roles, and space to highlight efforts to recognize advocacy efforts in the community.”  For Salcedo, Heritage Month “would make visible (our) stories, struggles, and celebrations of the community–provide opportunities for the youth to feel empowered.”

As for the next step for the bill, Begum says that after the introduction and first reading, all the members of Parliament will proceed with the second reading, and as the bill is nonpartisan, she expects smooth sailing for its passage.