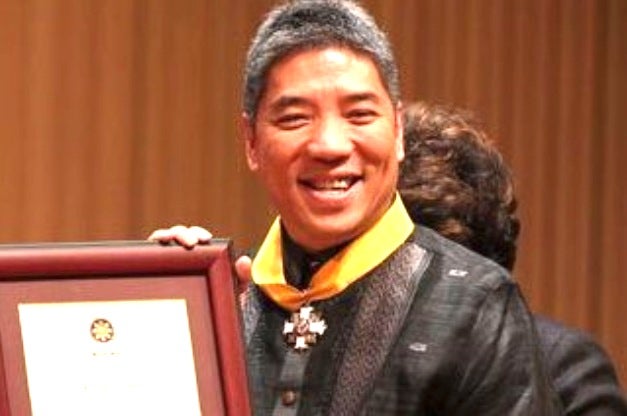 HONOLULU–Multi-awarded Filipino historian Ambeth R. Ocampo will be in Hawaii during the last week of August to present a series of lectures on heroes, money and the Marcos diaries, under a cultural mission supported by the Philippine National Commission on Culture and the Arts.

“Ocampo is the Philippines’ foremost expert on the country’s national hero, Jose Rizal, author of 32 historical publications, and the recipient of academic and cultural awards from universities and governments of the Philippines, Japan, Spain, and France,” says Dr. Patricio Abinales, chair of the UH Center of Philippine Studies, which is co-sponsoring the lecture series with the Philippine Consulate in Honolulu and the Filipino Association of University Women, with participation of the Knights of Rizal and the East-West Center.

On Thursday, August 31, 10:30-11:45 a.m. at Leeward Community College, Ocampo will speak on Rizal’s years of exile, imposed by the Spanish colonial government of the Philippines.

On Friday, September 1, 12 noon-1 p.m., at Burns Hall, East-West Center, he will present the diaries of former Present Ferdinand Marcos, who left the documents, written during his martial law reign when he fled to Hawaii in February 1986. Ocampo is preparing the diaries for publication, collating from different manuscript sources, and annotating from newspapers and the Official Gazette.

Both lectures are free and open to the public. This is Ocampo’s first appearance in Hawaii.

Ocampo is also presenting Mukhang Pera: The Politics of Banknotes of the Philippines at an invitation-only dinner at the Philippine Consulate on Tuesday, August 29.

Mukhang pera literally means “looks like money” but is often taken to denote a greedy or materialistic person. The lecture plays on this double meaning by showing how politics influences history and the way it is represented in the banknotes of the Philippines. Ocampo has received three National Book Awards as well as numerous awards for his cultural and historical contributions.

He is a Fullbright Scholar and a professor at his alma mater Ateneo de Manila University, the University of the Philippines Diliman, Far Eastern University, San Beda, and De La Salle University, where he received his masters in Philippine Studies. Last year, he received the Fukuoka Prize in the academic category for outstanding achievements in Asian studies.