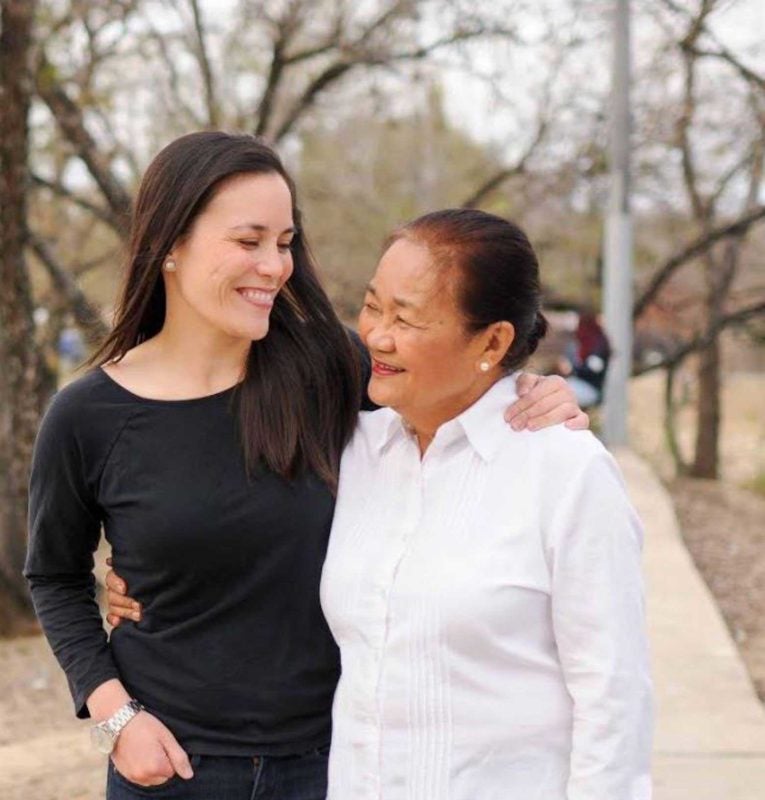 Gina Ortiz Jones and her mother, Victorina Ortiz. Gina was only 926 votes short of a House seat in 2018.

NEW YORK – Two Filipino American incumbents and one 2018 near-winner are in the running for US Congress this Nov. 3.

Rep. Robert C. ‘Bobby’ Scott is the first representative in the U.S. Congress of Filipino ancestry is Rep. Robert “Bobby” C. Scott of Virginia’s 3rd District. His grandfather, Valentino Cortez, was born in 1894 in Benguet province. He stowed away on a ship during the Spanish-American war.

The American ship bound for the United States had a kind and generous captain. When the young stowaway was discovered, the ship was far from the Philippines to return the stowaway. Captain James E. Hamlin decided to adopt this adventurous, daring boy. 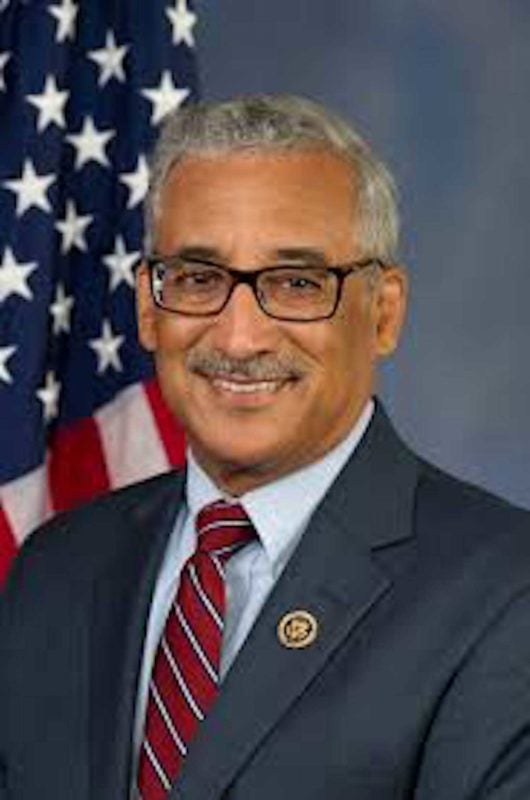 Captain Hamlin with the young Filipino Valentino returned to Wake County, North Carolina where Val grew up and got a good education. He took the name of his adoptive father and became known as Valentin “Val” Cortez Hamlin.

Val Hamlin became a pharmacist and married Amelia Roberts, an African American. They had two children, and one daughter Mae Hamlin, who graduated from Fisk University with a B.A and an M.A. in Education. She married Dr. Charles Waldo Scott, a general surgeon and civil rights activist, whose name is at the non-profit C. Waldo Scott Center for H.O.P.E. in Newport News, Virginia. They are the parents of Robert Cortez “Bobby” Scott, who was elected to the U.S. Congress in 1992.

Bobby Scott was educated at Groton School, Harvard College (a classmate of former Vice President Al Gore), and Boston College Law School in 1973. He served in the Massachusetts National Guard and U.S. Army Reserve. As a Democrat, he was elected to the Virginia House of Delegates in 1977, Virginia State Senate in 1982 and finally to the U.S. Congress in 1992

Representative Terrance John (TJ) Cox is the first ever Filipino American member of Congress from California.  His mother, Perla DeCastro (now Davis), was born in Manila and attended the University of Santo Tomas before immigrating to the U.S.  His father was Kenneth Cox, a European-Chinese immigrant, who immigrated to California before becoming a chemical engineering professor at the University of New Mexico.

TJ was born in Walnut Creek, California, and educated in New Mexico and Nevada. He graduated with a B.S. degree in chemical engineering from the University of Nevada, Reno and later earned an MBA degree from Southern Methodist University.

He is one of the few registered professional engineers in Congress.  In 2011, he founded a community development enterprise that over the next 10 years invested over $130 million in projects, such as community health clinics, job-training facilities, social services campuses, and clean energy plants throughout the Central Valley of California. His wife, Kathleen Murphy, M.D. is an intensive-care pediatrician at Valley Children’s Hospital in Madera, CA and at Bakersfield Memorial Hospital.  Together they have four children. 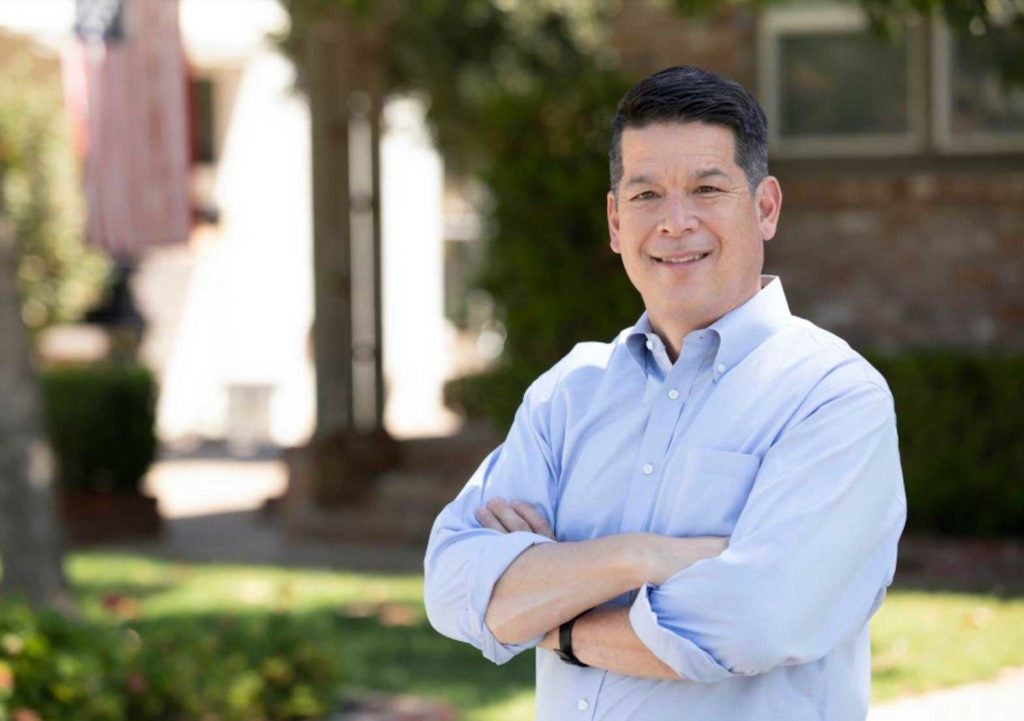 With his background in engineering, finance, healthcare and community development, TJ knew he could make a positive difference in the lives of individuals and families of the 21st District. In 2018, he was motivated to run against the Republican incumbent David Valadao, a representative that voted with Donald Trump 99% of the time. On election night, the race was initially called for Valadao, but TJ persevered.  Finally, by the first week of December and four weeks after the election, TJ Cox was declared the winner by 862 votes.

The upcoming November 2020 election will be another competitive one.  David Valadao is running to regain the seat and Republicans are pouring in millions of dollars into his campaign.  Today, the race is listed as the only Democratic incumbent “toss-up” race in California.

Gina Ortiz Jones is running for Congress in Texas’ 23rd District, which stretches from San Antonio to El Paso, and includes more than 800 miles of the U.S.-Mexico border.

Her mother, Victorina Medenilla Ortiz, is originally from Pangasinan and graduated from the University of the Philippines Diliman with a Master of Arts in Teaching Special Education. After teaching for several years in the Philippines, Victorina was presented with an opportunity to come to the U.S. as a domestic helper. She jumped at it, because she knew even if she came to the U.S. in that capacity, and if she was willing to work hard, “the sky’s the limit.”

Victorina raised Gina and her younger sister Christi by herself, while working multiple jobs, and at one point their family relied on programs like reduced lunch and subsidized housing to make ends meet. Like so many Filipino families, their family was guided by their faith, their commitment to one another, and hard work. Victorina would eventually return to teaching, and she’s been in the classroom for over 40 years.

Gina graduated from John Jay High School in San Antonio where she earned a four-year Air Force ROTC scholarship to attend Boston University. After four years, she graduated with her B.A. and M.A. in Economics, and a B.A. in East Asian Studies. Gina served as an intelligence officer in the U.S. Air Force and was deployed to Iraq.

She later served in the Defense Intelligence Agency and the Executive Office of the President under Barack Obama. She stayed on when President Donald Trump was elected to see what good she could continue to do, but resigned when it became clear that the administration “was not interested in the public nor in service.”

In 2018, Gina ran for the congressional seat in District 23 and came up just 926 votes short of winning, despite being massively outspent. If elected, she will be the first Filipina American ever to serve in Congress, as well as the first openly LGBTQ person and first female Iraq War veteran elected to represent Texas in Congress. @TheFilam