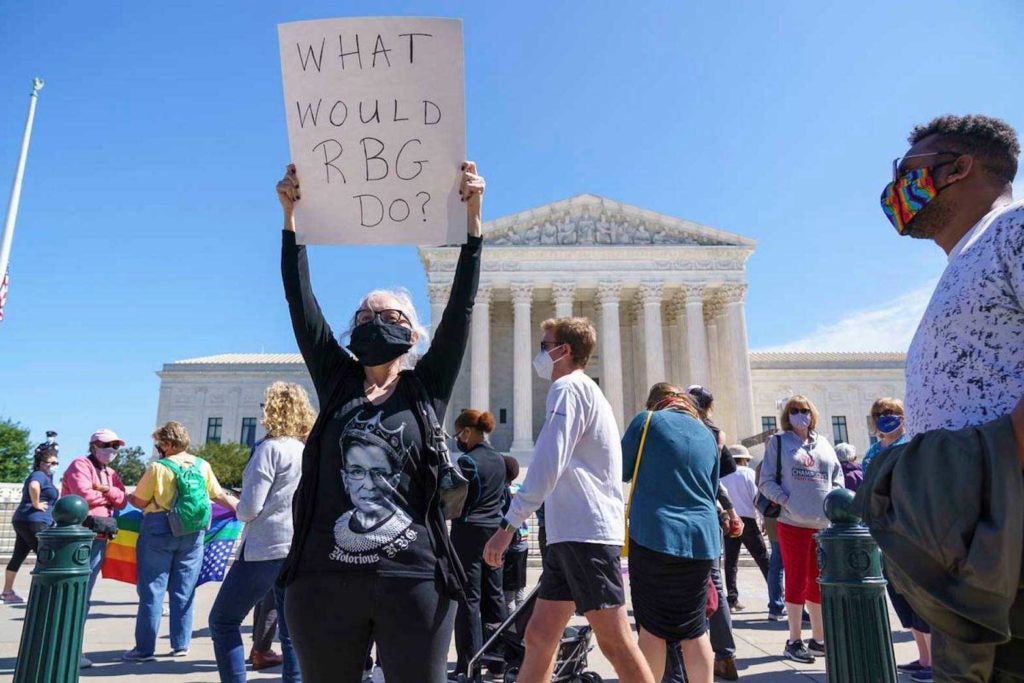 The inspiring journey of Ruth Bader Ginsburg, who died last week, led me to remember one of my favorite quotes. It’s from one of the works of the great playwright George Bernard Shaw:

“This is the true joy in life, the being used for a purpose recognized by yourself as a mighty one; the being thoroughly worn out before you are thrown on the scrap heap; the being a force of Nature instead of a feverish selfish little clod of ailments and grievances complaining that the world will not devote itself to making you happy.I’ve long struggled to lead a life based on these principles. Ruth Bader Ginsburg certain did. The quote summed up her story perfectly.

Here’s a lawyer who committed her life to a “mighty” purpose, and didn’t stop working toward it, fighting for that goal, until her last breath.

She simply would not quit. This was evident in the way she lived her final days.

It’s safe to assume Ginsburg wanted to hang on, to outlive the presidency of  a man who has been denounced worldwide as a corrupt narcissist.

When it became clear that she wasn’t going to win that battle, she made a last ditch effort to try to save the nation from the potentially damaging impact of her passing.

Even though she knew Trump and his allies would likely not honor her request that choosing her replacement be left to whoever wins the upcoming election, she still made it known that that was her dying wish.

Ginsburg was the tireless fighter for the rights not only of women, but also of minorities and disenfranchised communities in the US.

“We are a nation made strong by people like you.” she said in a gathering of immigrants.

Serving on an increasingly conservative court, the liberal Ginsburg understood the importance of speaking out for the benefit of future generations.

“Dissents speak to a future age,” she said. “It’s not simply to say, ‘My colleagues are wrong and I would do it this way.’ But the greatest dissents do become court opinions and gradually over time their views become the dominant view. So that’s the dissenter’s hope: that they are writing not for today, but for tomorrow.”

Though she was not known as a street activist in the causes she fought for, Ginsburg offered sound advice on activism and civic engagement: “Fight for the things that you care about, but do it in a way that will lead others to join you.”

In her last public appearances, Ginsburg looked frail and fragile, though one could see the fighting spirit in her eyes and in her smile.

She was, in Shaw’s words, “totally worn out” but remained “a force of nature,” who became an icon of the unending struggle for human rights and dignity.

“If you want to be a true professional, you will do something outside yourself,” she said in a speech at Stanford University in 2017. “Something to repair tears in your community. Something to make life a little better for people less fortunate than you. That’s what I think a meaningful life is — living not for oneself, but for one’s community.”