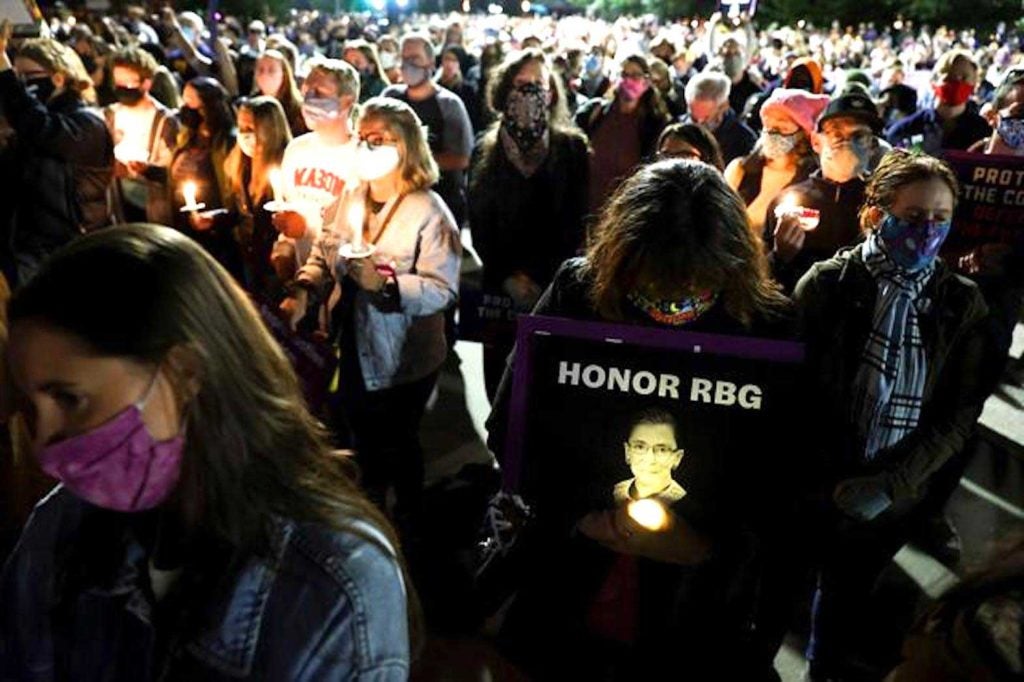 NEW YORK  — A majority of Americans, including many Republicans, want the winner of the November presidential election to name a successor to Ruth Bader Ginsburg on the U.S. Supreme Court, according to a Reuters/Ipsos poll released on Sunday.

The national opinion poll, conducted Sept. 19-20 after Ginsburg’s death was announced, suggests that many Americans object to President Donald Trump’s plan, backed by many Senate Republicans, to push through another lifetime appointee and cement a 6-3 conservative majority on the court.

The poll found that 62% of American adults agreed the vacancy should be filled by the winner of the Nov. 3 matchup between Trump and Democratic former Vice President Joe Biden, while 23% disagreed and the rest said they were not sure.

Eight out of 10 Democrats – and five in 10 Republicans – agreed that the appointment should wait until after the election.

Trump needs the support of the Senate, which currently has a 53-47 Republican majority to confirm a nominee. So far two Republican senators – Maine’s Susan Collins and Alaska’s Lisa Murkowski – have said publicly since Ginsburg’s death Friday that they think the winner of the election should make the nomination.

Democrats are still seething over his refusal to act on Democratic President Barack Obama’s Supreme Court nominee, Merrick Garland, in 2016 after conservative Justice Antonin Scalia died 10 months before that election. McConnell said then that the Senate should not act on a court nominee during an election year, a stance he has since reversed.

The looming fight over the Supreme Court vacancy so far does not appear to have given either of the two major political parties much of an advantage in an incendiary campaign season that already was expected to break participation records.

The Reuters/Ipsos poll was conducted online, in English, throughout the United States. It gathered responses from 1,006 American adults, including 463 Democrats and 374 Republicans. It has a credibility interval, a measure of precision, of plus or minus 4 percentage points.