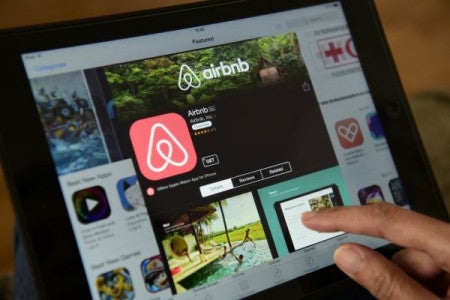 Image: Services like Uber, Lyft and Airbnb are becoming increasingly popular for travel in the U.S., according to a report. Image: Airbnb via AFP Relaxnews

About half of American travelers will use services like Airbnb, Uber and Lyft this summer, signaling a rise in consumer confidence in the sharing economy.

According to the newly released Allianz Travel Insurance Sharing Economy Index, the popularity of the sharing economy has tripled within two years.

The report was based on the responses of 1,009 Americans from an online Ipsos I-Say survey.

Compared to traditional travel services, Americans said they see better value in the sharing economy (35 percent in 2017, up 9 percent from last year), and believe they offer more authentic experiences (33 percent, up 11 percent).

But though consumers may be more familiar with the concept, only 17 percent of respondents said they are “very trusting” of the services, while 83 percent of Americans said they are at least “somewhat skeptical.” JB