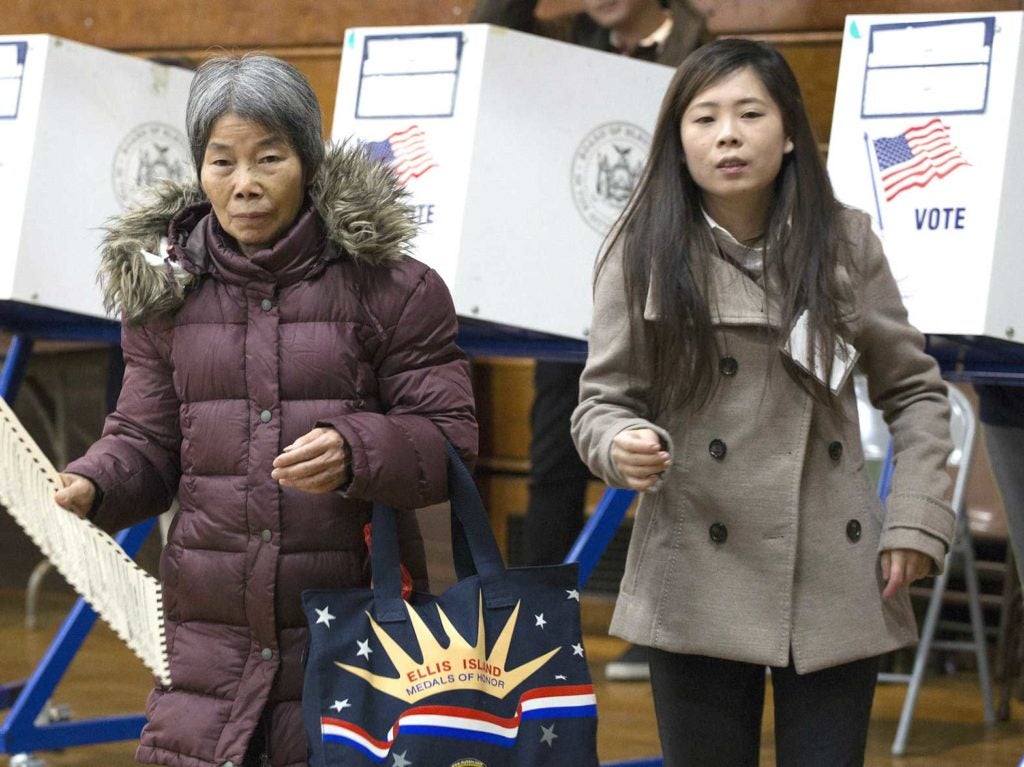 Restricting the analysis to those who have decided on a candidate to support in the upcoming presidential race, 65% support Biden, 34% support Trump, and 1% support another candidate. 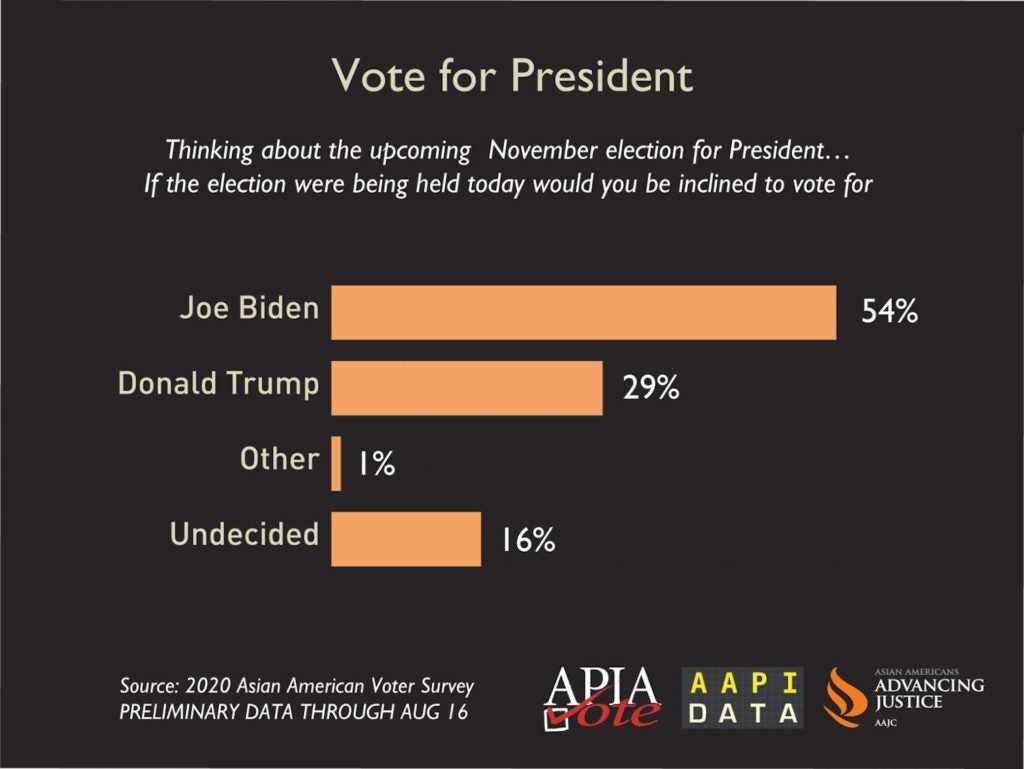 These results are consistent with past trends.  A majority of Asian Americans have supported the Democratic Party candidate in presidential elections since 2000.

Self-reported party identification remains in line with past surveys.  Almost half of all those polled identify as “Democrat” (47%), one-fifth identify as “Republican,” and almost one-third (32%) say that they are Independent, don’t know, or do not identify with political parties.

Among those who identify as Independent/other, about one-third lean Democratic (32%), one-fifth lean Republican (22%), and the remaining lean toward neither of the two major parties (46%).

As noted in a previous AAPI Data blog post, AAPI voters are poised to have an impact in several battleground states such as Arizona, Florida, Pennsylvania, North Carolina, and Texas, where they are considered a potential swing vote. However, their role in these states and across the country depends on turnout and mobilization. 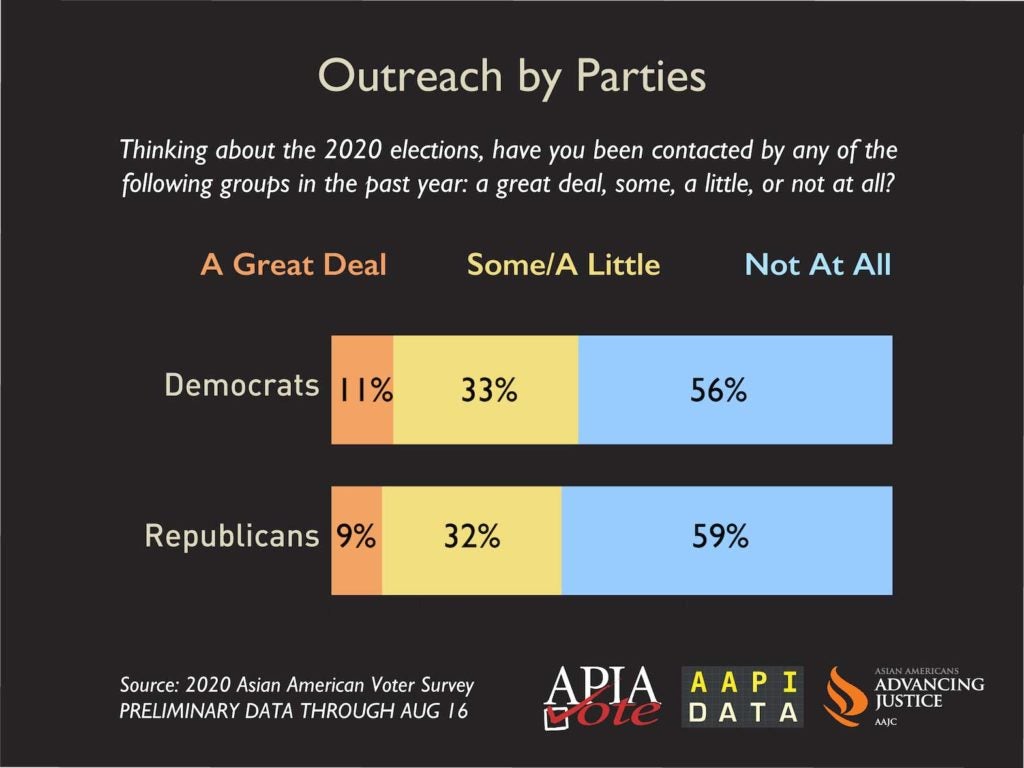 Results from AAPI Data early polling suggest that the vast majority of Asian Americans have not yet been contacted by either of the two major parties.  About 56% of registered Asian American voters say that they have not been contacted at all by the Democratic Party, and the proportion is similar for lack of contact by the Republican Party (59%).

These results are based on 1,026 registered voters who identify with one of the six largest Asian American eligible voter population groups: Chinese, Filipino, Asian Indian, Vietnamese, Korean, and Japanese. The number of respondents by detailed origin include 217 Asian Indian, 234 Chinese, 145 Filipino, 126 Japanese, 118 Korean, and 186 Vietnamese. Of the total, 499 took the interviews online in English, and 527 responded to the survey via telephone in English and one of three Asian languages (Chinese, Korean, and Vietnamese).