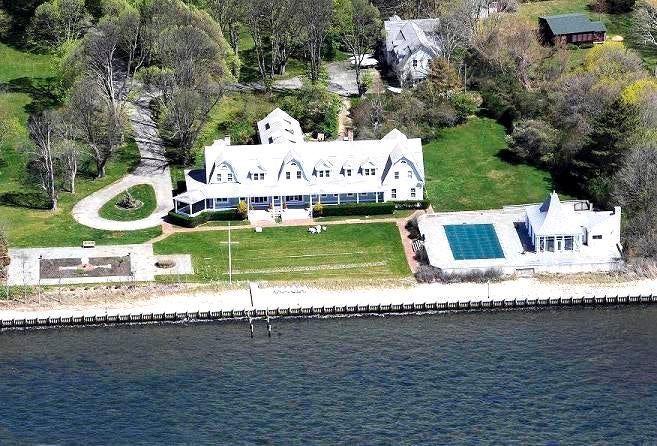 The Lindenmere Estate in Long Island, New York was formerly owned by the Marcoses. THE FILAM

NEW YORK – The huge Long Island estate formerly owned by the late Ferdinand Marcos and his wife, Imelda, is on the market for $4.99 million.

The sprawling Long Island property, known as the Lindenmere Estate, at 16 Sedgemere Road, Center Moriches has 14 bedrooms, 17-and-a-half baths, a glass-enclosed pagoda pool house, and killer views of the Moriches Bay. The Lindenmere was built in 1916 as a residence but has also been used as a hotel and a bed and breakfast.

The Marcoses purchased the estate for an unknown amount in 1981. The Philippine government seized the property in 1987 and tried to sell it; but for nine years there we no takers. It was bought in 1996 for $1.6 million by Jennie and Peter Marago, but they are not the current owners.

The estate includes a wrap-around porch, a large heated pool, tennis courts and a second house for guests and an elegant glass enclosed pagoda-style pool house with a bar. In total, the property spans 341,075 square feet.

The first-floor space includes multiple sitting areas and a fireplace. The oversized formal dining room that has floor-to-ceiling sliders, which open to the bay. The large chef’s kitchen and four bedroom suites can be found on this floor.