Protesters slam demotion of Fil-Am school official in So. California

Protesters slam demotion of Fil-Am school official in So. California SAN DIEGO, California —  Members of the Filipino community are up in arms against the demotion of a respected Filipino American administrator of a local high school.

Pickets outside offices of Sweetwater Union High School District denounced the demotion of Filipino American Principal Mary Rose Peralta of Chula Vista High School. Peralta was moved from principal of a high school to that of a middle school.

Mitz Lee, a former member of the San Diego Unified School District’s Board of Education and chairperson of the Asian Pacific American Coalition, disputes the school district’s claim that moving Peralta to a middle school is routine practice.

Lee and other supporters of Peralta contended that moving a high school-level administrator to a middle school is rare and considered a demotion. 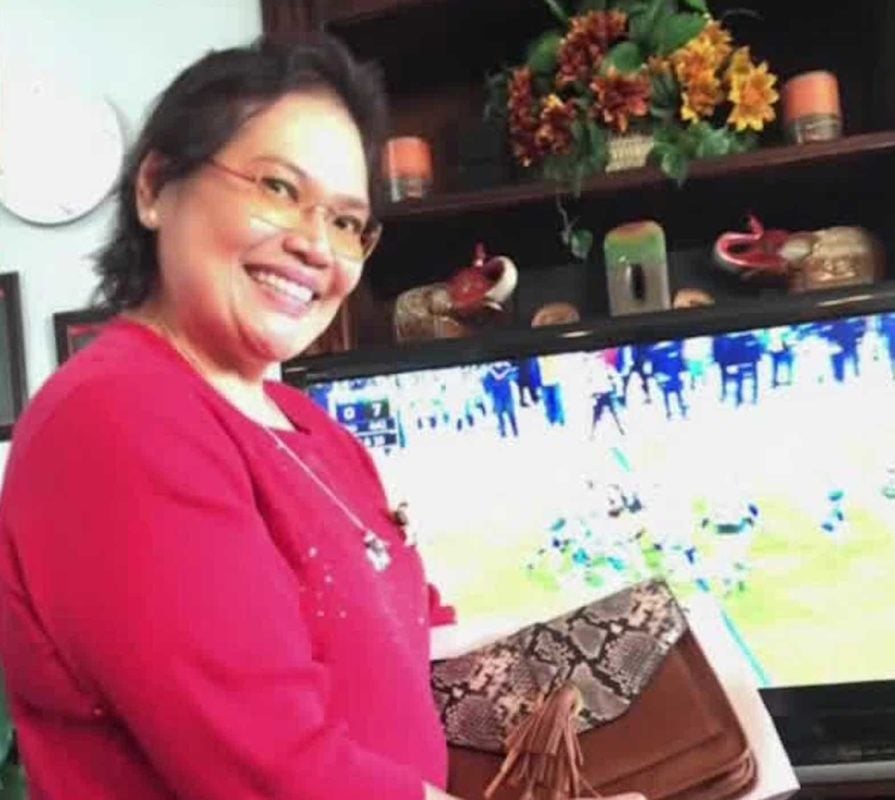 “The district may not admit to it, but basically you’re talking about a drop in enrollment, a drop in the number of teachers you supervise, and there’s also a pay cut. So all of those things constitute a demotion for an administrator,” said Herb Delute, a board member of the Filipino American Educators Association of San Diego County.

Protesters called the reported demotion of both administrators as an unfair.

Principal Peralta was described by Viktoria Camacho, a former student of Chula Vista High School, as a great person that always greeted people with a smile and walked around with a welcoming presence.

“For me, I felt very safe with Ms. Peralta as Principal. I knew that going on campus, it wasn’t just to learn math or English, it was to learn about myself and she gave me that opportunity,” said Camacho.

Tony Olaes, founder of The Filipino School in San Diego and one of the organizers of the recent picket, stated that he feels “insulted and appalled,” by the demotions of Principal Peralta and Assistant Principal Josafat. Olaes claimed, “It is a slap in our face as a community.”

The school board also received criticism for the 2015 appointment of the current Interim Superintendent Moises Aguirre to his earlier position as the assistant superintendent of business services, which community members described as an act of cronyism or nepotism.

“And this man has never, ever, been in a classroom… he doesn’t even have a teaching credential,” said Tom Hassey, a current teacher at Chula Vista High School. Hassey said that there have never been any problems with Peralta during her tenure as an administrator at Chula Vista.

Protesters also questioned Peralta’s demotion as she is recognized as an accomplished administrator who has earned several awards for her work.

Delute said Peralta’s achievements include the Mabuhay Fil-Am Festival’s Bayani Natin Award in 2012 and being named one of the California State Assembly’s 80th District Women of Year in 2014. 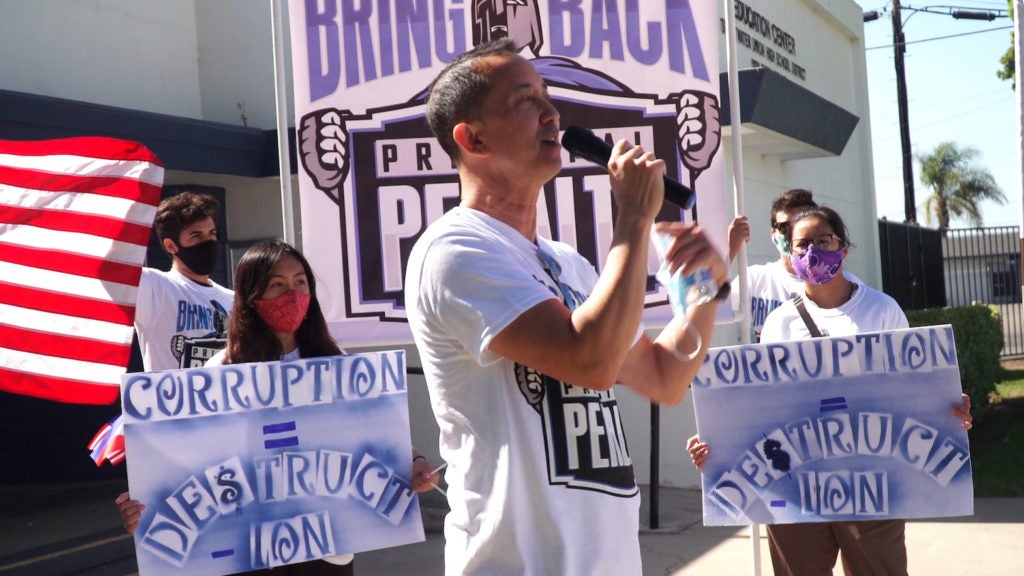 Tony Olaes, Director of The Filipino School, speaks to the crowd about Principal Peralta.

District Spokesman Manuel Rubio declined to comment on the controversy, claiming, “Any specifics regarding … personnel matters … I can’t comment on that.” He added,

“The school district makes several changes in the summer.  Every year there are changes for administrative teams… There’s a variety of moves that happen every year.”

Rubio said he was aware of the Filipino community’s concern regarding the lack of Filipino administrators and educators when 9.6% of the local population are Filipinos, the second largest group.

He mentioned other Filipino administrators, stating, “We have the principal of East Lake High School, is actually African American and Filipino. Our principal currently at East Lake Middle School is Filipina… There’s several within the assistant principal ranks as well.”

Critics of the alleged demotion sent a letter to members of the Sweetwater Union High School District demanding an apology to the Filipino American community and the reinstatement of Mary Rose Peralta (and Assistant Principal Jason Josafat of Palomar High School, who declined to comment) “to their rightful positions or the equivalent administrator positions.”

They also demanded the creation of a Filipino American Advisory Council to create an oversight equity that would ensure equity in hiring, promotion, curriculum and other areas of concern.

Signatories of the letter include Audie de Castro, honorary consul of the Philippines; Estela C. Matriano, executive director of The Filipino School; Herb Delute, board member of the Filipino American Educators Association of San Diego County; and Maria Fontimayor, president of the Council for Teaching Filipino Language and Culture.

Alumni of Chula Vista High School started a petition calling for the reinstatement of Peralta. The petition has 8,929 signatures at the time of writing.

The petition claims that Peralta’s demotion resulted from the graduation event held at Chula Vista High School for the class of 2020 in which the names of the graduating students were painted on the football field and the graduates were allowed to take photos with their names, while complying with social distancing protocols.

Principal Peralta could not be reached for a statement.