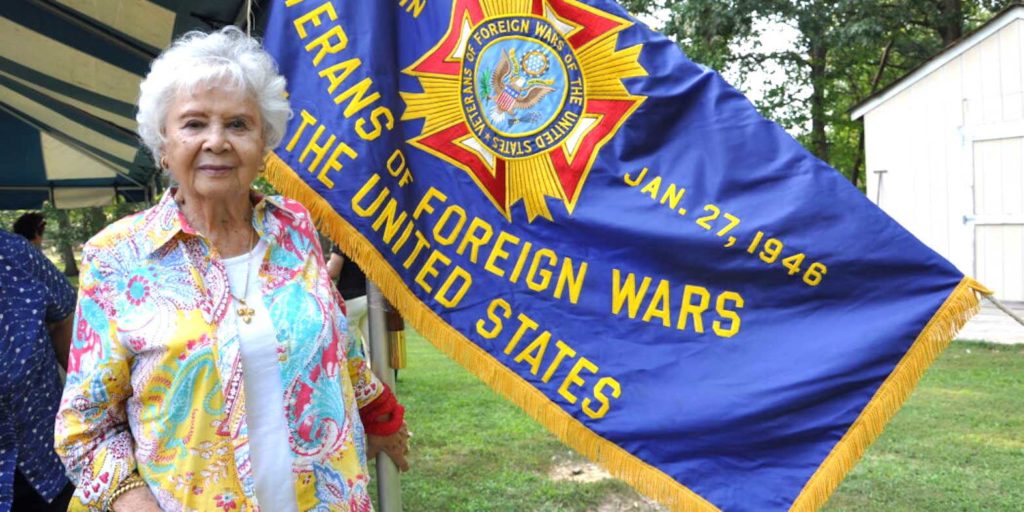 Photo taken at a Memorial Day picnic in 2018, hosted by the Veterans of Foreign Wars (VFW) Post 5471. Vangie Paredes is a lifetime member of the VFW Auxiliary. JON MELEGRITO

WASHINGTON — Evangeline “Vangie” Abellera Paredes wasn’t expecting her family to throw her a normal birthday party because of the coronavirus. But on July 24, two days before her natal day, she was pleasantly surprised to see more than a dozen smiling faces on a Zoom grid. Rita Cacas, a close family friend, couldn’t let the special day pass, so she arranged a virtual birthday celebration with the nursing home in Washington, D.C. where Paredes lives.

“Oh, my goodness, this is a great surprise, ” Paredes gushed, beaming in front of a desktop computer. “Look at all my friends. I love it.” Then she proceeded to identify them, one by one: her only sister from Las Vegas; a niece from California; a nephew from Virginia;  a friend from Seattle; her only son who lives nearby; and close family friends from Maryland. She remembered most of their names.

So, what do you want for your birthday, someone asked. “I need a new cell phone,” she replied. “This old one keeps losing power. I keep plugging it.” Someone chimed in: “You have more energy than your cell phone, Vangie. You don’t need to get plugged.

Vangie Paredes was honored on her 100th birthday with a program and reception at the Philippine Embassy. MANILA MAIL

She laughed. She said she’s doing some exercising, walking a little bit, catching up with the daily news about the virus. “That’s a dreadful thing. Please take care of yourselves,” she reminded everyone.

Cacas put together a slide show honoring Paredes and her achievements over the years. Afterwards, as assistants at the nursing home took out the birthday cake, everyone sang “Happy Birthday,” followed by a ukulele-accompanied rendition of “Dahil sa ‘Yo” (Because of You), a favorite Filipino love song.

The hour went by quickly and the birthday celebrant still had lots to say. “Let’s all get together again on your 105th birthday,” someone said, as the Zoom grid showed everyone waving and blowing kisses.

Paredes was born on July 26, 1916 in Brooklyn, NY. Her father, Tomas Rulloda Abellera, a U.S. Navy man, met and married Francisca Estrada who was a translator on Wall Street. In 1921, her family moved to Washington, DC because her father began working at the Navy Yard. She graduated from Eastern High School in 1936, and received a scholarship to attend the Washington School for Secretaries.

She was offered a job for the Philippine Commonwealth Government-in-Exile, and became the personal secretary to President Manuel Quezon. During that time, she also attended classes at the George Washington University for two years.

By the end of the 1930s, she had witnessed significant historic political, social, and government events occurring in Washington, DC that would change the course of history for the Philippines. In 1934 the U.S. passed the Tydings-McDuffie Act guaranteeing independence to the Philippines, which was finally granted when World War II ended in 1945. 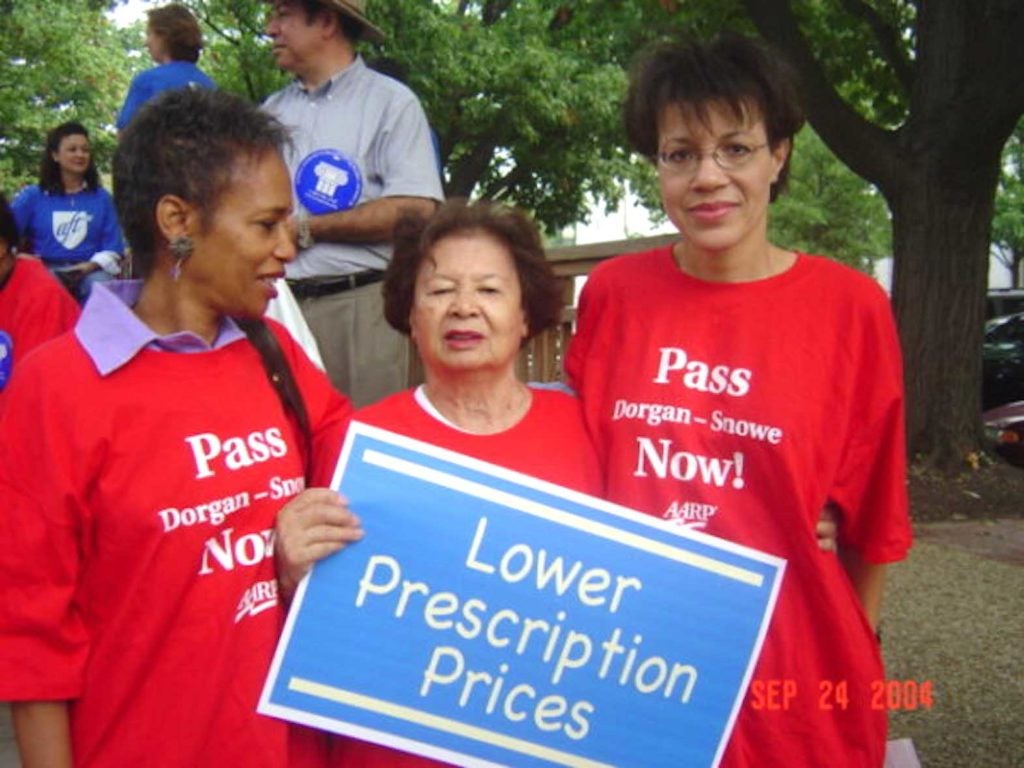 She met Juanito “Johnny” Paredes (1905-1971), a nephew of Quintin Paredes (Philippine Resident Commissioner from 1937-1939 during the Commonwealth era) when they both worked at the Resident Commissioner’s Office. They were married in 1940 and had a son, Juan, who currently lives in Washington, DC with his wife, Francine.

When the Resident Commissioner’s Office became the Philippine Embassy after the war, Paredes was eligible to retire and live in the Philippines, but it meant giving up her American citizenship. She did not want to do this, so she went to work for the Federal government, and for the next 35 years (1957-1991), she worked for the Pentagon.

When she retired, she received the highest civilian award given to Federal Employees. As a volunteer with AARP since 1990, she received the prestigious AARP (District of Columbia Chapter) Andrus Award for Community Service in 2010.