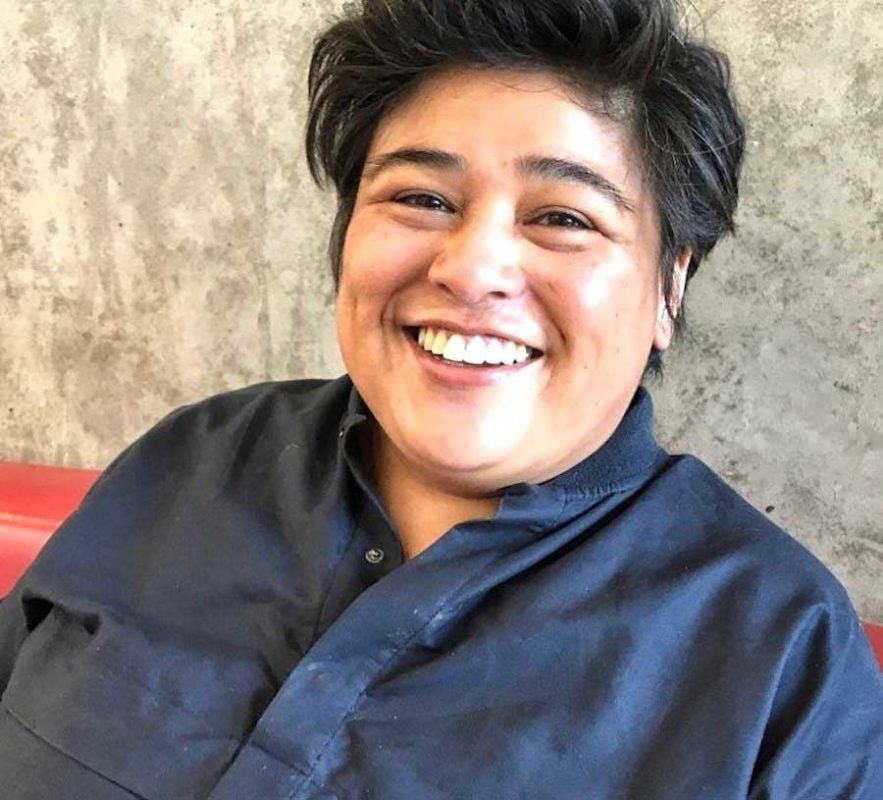 Dr. May Farrales, Ph.D is the first Filipino to be appointed professor at Simon Fraser University. SFU PHOTO

May Farrales, Ph.D will be joining SFU’s faculty as an Assistant Professor in Urban Social Change, cross-appointed between Geography and  Gender, Sexuality and Women’s Studies. Farrales is an SFU alumnus, having obtained her Bachelor’s degree in 1997.

Farrales holds a PhD (2017) in Geography from UBC and has recently completed a postdoctoral fellowship at the University of Northern British Columbia in Prince George.

Her research has “centered on the embodied and lived experiences of people of color in settler colonial urban geographies.”

At SFU, she plans to develop her research with immigrant communities and the racial geographies of smaller Canadian urban centers.

A passionate teacher, she will teach courses on migration and Queer geographies in the Department of Geography. She is also the assistant managing editor of ACME: An International Journal for Critical Geographies.

Farrales was a Postdoctoral Fellow with the Health Arts Research Centre and ECHO project at the University of Northern British Columbia. Her research interests are focused on understanding how different forms of colonialism work over time and space. Her areas of research include transnational, critical race, feminist geographies, critical Indigenous, and queer studies.

Her doctoral dissertation, “Gendered sexualities in migration: Play, pageantry, and the politics of performing Filipino-ness in settler colonial Canada,” examines “how Filipinx sexualities in Canada are informed and influenced by colonial legacies and its continuing logics.”

Specifically, the dissertation sketches out how gender and sexual paradigms in the Philippines are brought to Canada through labor migration and are re-scripted in relation to racial, gender and sexual regimes in Canada.

“It examines how these negotiations take shape at three particular sites and Filipinx community-organized spaces on the unceded, traditional and ancestral territories of the Musqueam, Skxwú7mesh, and Tsleil-Waututh peoples (Vancouver).

Her family  immigrated to Canada in 1973 with two of her elder sisters, the eldest only three years old at the time. May is the third child, followed by another sister.

“We place a high value on education and so we decided early on that their mother, Lydia, should stay home and look after their early schooling,” Emmanuel (Manny)Farrales told Philippine Canadian News.com (PCN.com). “ Our first purchase in Canada was a set of World Book encylopaedia,” he added, saying that the books exposed their children to a love for reading.

Like most Filipino immigrants, Lydia, who was a teacher in the Philippines and Emmanuel, a chemist, did not find jobs in their professions as they settled in Vancouver. But the hard-working couple, who placed a high value on education, managed to raise their four daughters and send them to post-secondary schools. All four have university degrees. Their eldest daughter, Lynn, is a medical doctor. Another child graduated from nursing at University of British Columbia and another has an arts degree from Emily Carr University.

Farrales first got into community activism when she joined the Philippine Women Centre (PWC) in Vancouver in the early ‘90s together with other young Filipino women. The PWC is credited with substantial work in advocating for the rights and welfare of Filipino domestic workers and women in general. Its research and advocacies have resulted in major changes to the federal government’s Live-in Caregiver Program (LCP), among others.

It was at the PWC that Farrales met UBC Professor Geraldine Pratt who was doing a participatory research into Filipino domestic workers in Vancouver. Pratt encouraged her to pursue a Master’s program at UBC and was her main supervisor during her studies.

The Filipino Canadian academic community greeted Farrales’ appointment with joy and pride that a prestigious university like SFU chose a kababayan – the only Filipino professor to hold the position.

“It is a testament to the importance of her research with Filipinx communities in BC, including LGBTQ Filipinxs and Filipinxs living in smaller cities and towns in BC,” said John Paul (JP) Catungal, assistant professor of Critical Racial and Ethnic Studies in the Institute for Gender, Race, Sexuality and Social Justice at UBC.

He says having an institutional home at SFU will “enable Dr. Farrales to continue doing this work and to grow it in exciting directions,” adding that it also opens up the opportunity for students, including youth from the Filpinx communities to learn from Dr. Farrales through the courses that she will offer.

Farrales’ appointment is a recognition of her “path-breaking accomplishments, including the strengths of her community-engaged research and advocacy, her student-informed pedagogical approaches, and her strengths as a geographer,” said York University professor Ethel Tunguhan, Tunguhan, an assistant professor of Politics and Social Science at York, is currently Research Chair of Canadian Migration Policy, Impacts, and Activism.

Dr. Robert Diaz, associate professor in the Women and Gender Studies Institute at the University of Toronto said May Farrales’ joining SFU “highlights the significant intellectual and political work that she has already given to communities that Filipino Canadian Studies needs to include. It is an acknowledgement of the richness of  research and teaching on gender, race, sexuality, and migration. She is already a mentor and leader in the field, so I a look forward to teaching, engaging with, and conversing with her scholarship.”