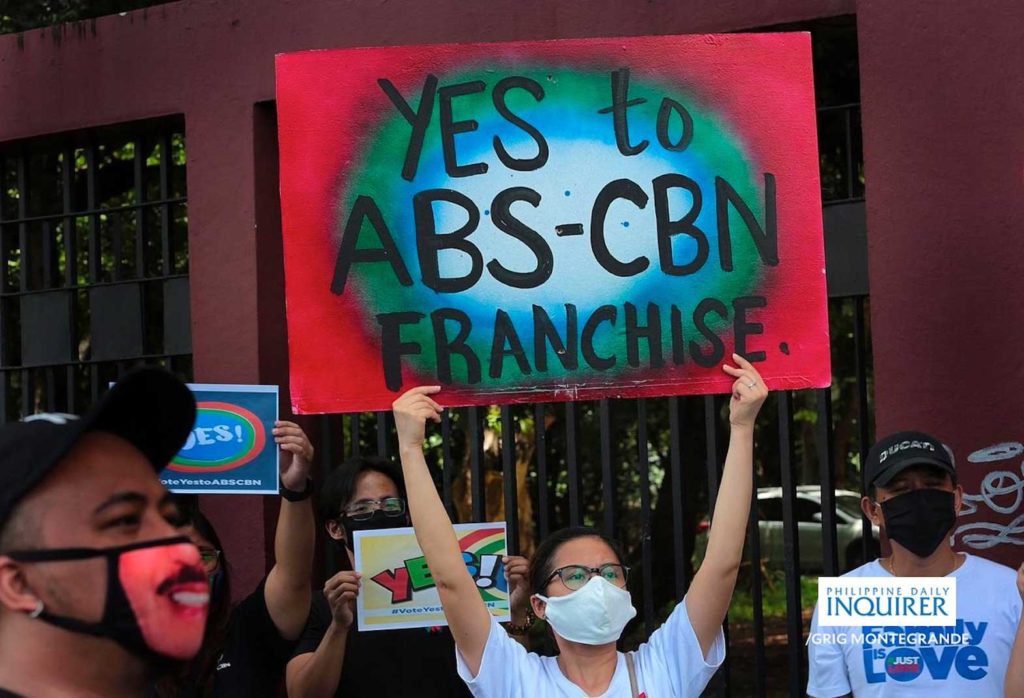 NEW YORK—In the charade that nowadays passes as legislative decision-making, 70 Philippine House representatives recently voted against renewing the franchise of ABS-CBN, making it abundantly clear that during the Duterte administration, the executive branch reigns supreme (and the Supreme Court seems to agree). So much for separate and equal branches of government.

Only 11 representatives voted in favor, going by testimonies given by relevant government agencies, all of which found no basis for the charges against the franchise. It was an impressive array that completely exonerated ABS-CBN of trumped-up charges motivated by a president’s pique and totalitarian instincts: the Department of Justice, the Bureau of Internal Revenue, the Bureau of Immigration, the Commission on Elections, the Securities and Exchange Commission, the Department of Labor and Employment, and the Philippine Economic Zone Authority.

Not a single one of these agencies could fault ABS-CBN’s dealings with them.

And 92 percent of the public, according to polls, favored the renewal. One group, known as AHS 70 (Ateneo High School 1970) issued a statement opposing the House 70, saying, in part, “Together with millions of Filipinos going through this unprecedented period of the pandemic, we agonized as 70 members of the House committee on franchises voted down the ABS-CBN franchise application on Friday, July 10, 2020 in a process so flawed and a treatment so pronouncedly different than is given other similar applications betraying the reality that indeed in this case there was not even the pretense of providing a level playing field. … [W]e instead became witnesses to small-minded politicians who had allowed their petty grievances to get to the better part of their judgment and conscience.”

Representative Rodante Marcoleta, defending the decision, declared that it was Congress that had the final say. True, but one would think it would be a judgement based on the facts, not on any political calculations. It was as though a jury declared a defendant not guilty of all the charges leveled against him or her, only to have the judge obviate that decision by finding the accused guilty, after all.

With the suppression of independent media and the Anti-Terrorism Act now signed into law, Philippine constitutional democracy is being bludgeoned to death. And not by a thousand cuts either. These are direct, sustained, heavy blows to the heart and mind of an already fragile civil state.

At a virtual press conference recently, two US House representatives, Jan Schakowsky of Illinois and Judy Chu of California, assailed the Duterte government for the passage of ATA. The two wrote a letter to the Philippine ambassador to the US to call for the repeal of the measure. A total of 45 members of the US Congress have signaled their objection to the controversial law.

Former Philippine House Representative Neri Colmenares was at the virtual press conference and welcomed the support of Schakowsky and other US representatives against the measure, stating, “It will really have a major pressure [on] the Philippine government to tone down its human rights attacks.”

I was saddened to hear of Susan Quimpo’s death this July 14, a year shy of her 60th birthday. I don’t remember when I first met the theater artist, activist, and art therapist in New York but it was likely in the 1980s, through mutual friends.

She was well known for her tireless work in educating students about the grim realities of the Marcos dictatorship—an era that has sadly been given short shrift in the texts that public school students are required to read, so that we have, not surprisingly, sentiments among the young, that that period was largely peaceful, worthy of nostalgia. And these, voiced by those not yet born during those years. 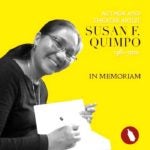 In the spring of 2017 I was a visiting professor at my alma mater, Ateneo de Manila University, teaching a workshop in creative nonfiction (CNF) and another on poetry. I had read Susan’s Subversive Lives: A Family Memoir of the Marcos Years, co-written with an older sibling Nathan Gilbert Quimpo, and found it to be a gripping, highly personal, and revealing portrait of a family during one of the darkest periods in postwar Philippine history—though the current Dutertean dispensation may soon claim that dubious honor, with its unconstitutional policies taken from the Marcos playbook. Susan was the youngest of 10 siblings, seven of whom joined the underground left, with two of them dying in their fight against the Marcos regime.

I invited her to give a talk to my CNF class, shortly after she had returned from the US on a speaking tour—Ohio University Press had just published the US edition—to promote the book. I had my class read an excerpt beforehand, and encouraged them to ask questions and offer comments after her informal talk.

It proved to be a lively session, helped along by the fact that my students, enrolled at a private, well-regarded liberal-arts university, were cognizant of the horrors of the Marcos years, in contrast to the less privileged students at public schools (at the lower levels) whose access to texts and various perspectives on the martial law years were largely limited, due to the curricular offerings.

At lunch after the talk, she filled me in on her US book tour. She said it went well, except on the West Coast, where a segment of the Philippine left, identified with the die-hard Jose Maria Sison faction, dissatisfied with the book’s complex and critical perspectives of the radical left, campaigned to have one talk cancelled and two other appearances limited. To this group, freedom of speech, even speech that detailed the sacrifices a family endured in resisting fascist rule, had to be stamped with party approval. Not for this group Voltaire’s dictum, “I wholly disapprove of what you say—and will defend to the death your right to say it.”

I would hope that among the many students she spoke to about the continuing poisonous legacies of the Marcos years, some will stand up to speak truth to power, as she did fearlessly, and always with a quiet dignity. Did she go gently into that good night, to quote Dylan Thomas? Perhaps, but she certainly raged against the dying of the light.