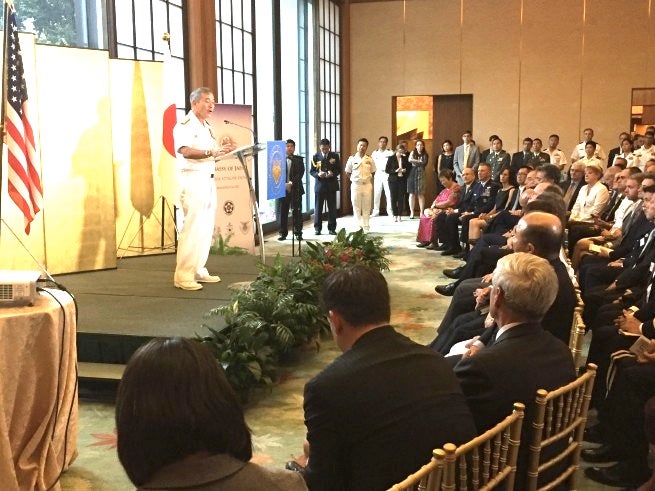 WASHINGTON, DC — North Korea’s missile tests, China’s aggressiveness in the South China Sea and the Islamic State (IS) threat in the Philippines are among the three major regional concerns the United States Pacific Command (PACOM) is facing.

Harris described North Korea as “a clear and present danger” to global peace and stability.

Last week, Pyongyang launched its 12th missile test this year, which is also its second intercontinental ballistic missile (ICBM) test in less than a month.

The PACOM chief said that the regime of North Korea’s leader, Kim Jong-Un, is not only a threat to South Korea, Japan and the U.S., but also “to the entire world because North Korea’s missiles point in every direction.”

“It’s the reason why we call for all nations to implement far stronger economic sanctions against Pyongyang,” he added.

According to him, China plays a vital role on the issue, and should exert influence and help promote denuclearization in the region.

Harris, however, noted that China must also tone down its aggressive activities in the South China Sea, citing Beijing’s reported militarization and construction of artificial islands in the disputed area.

“Some might find it odd for me to advocate cooperation with China on one hand while criticizing Beijing on the other, but as I like to say, great powers can walk and chew gum at the same time,” he said.

China claims almost the entire South China Sea, with neighboring countries such as the Philippines, Brunei, Malaysia, Taiwan, and Vietnam, as its rival claimants.

Regarding IS, Harris said the terror group is a clear threat that must be brought down.

While its main operating areas are in the Middle East and North Africa, the PACOM chief noted that the terror group is trying to expand its influence in Southeast Asia, particularly in Marawi City, Philippines.

An IS-linked terror group laid siege of Marawi City on May 23, and the Philippine government’s operation to reclaim the area has since been ongoing.

Harris pointed out that the incident in Marawi should serve as a wake-up call for the Indo-Asia-Pacific nations.

“Only through multinational collaboration can we eradicate ISIS and other violent extremist organizations before they spread,” he stressed.