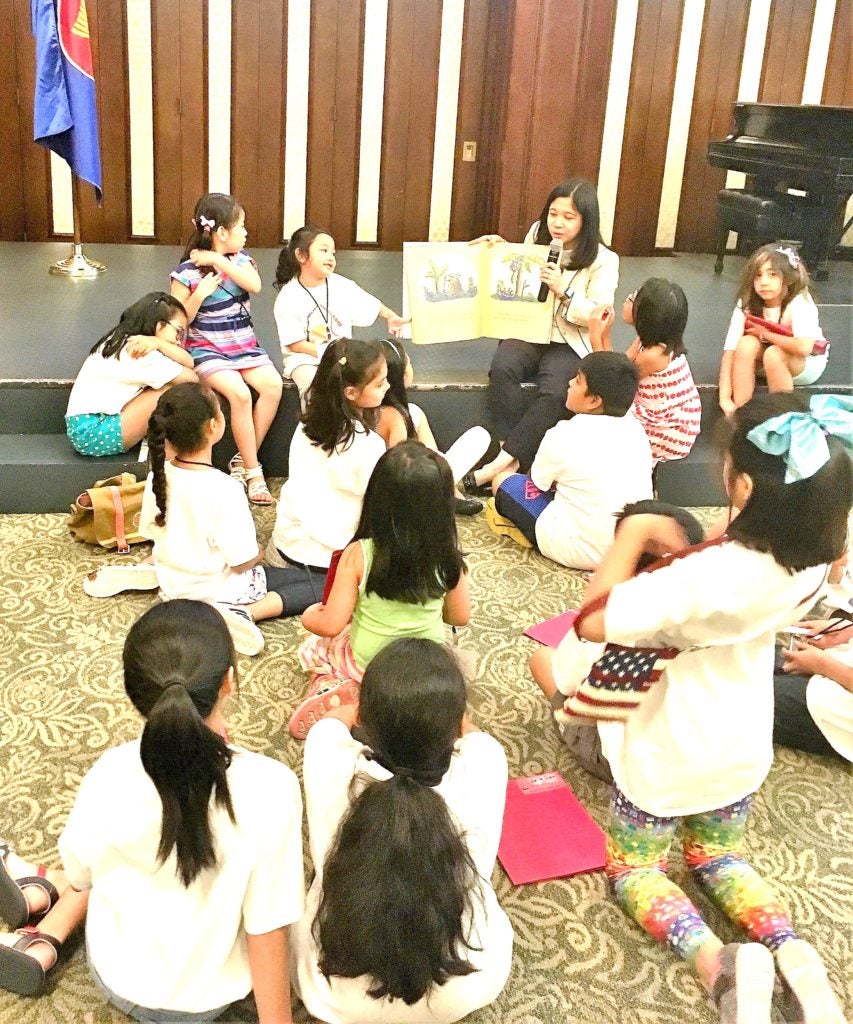 NEW YORK – A recently concluded five-Saturday summer school taught a batch of Filipino American children all about the Philippines, its history, folkways, art and culture.

The 19th “Paaralan sa Konsulado” (PSK) is a joint project by the Philippine Consulate General in New York and the Association of Filipino American Teachers in America (AFTA) Inc., a 501(c)3 organization run by Fil-Am teachers educators in New York City.

The culminating program was based on the year’s theme, “Kabataan: Pag-asa ng Bayan” (Youth: the Future of the Country), a presentation of what the children learned during the summer session, including Philippine language, art, history, civics and culture expressed in performing arts. Deputy Consul General Felipe Carino III gave the award fof an essay competition.

Filipinos and Filipino Americans ages 6 to16 were divided into three groups during the information sessions that took them to a journey of the rich culture of the Philippines. They explored its heritage through geography, fun and games, camaraderie with other Fil-Am children, and a culinary experience hosted by Consul General Theresa Dizon De Vega. 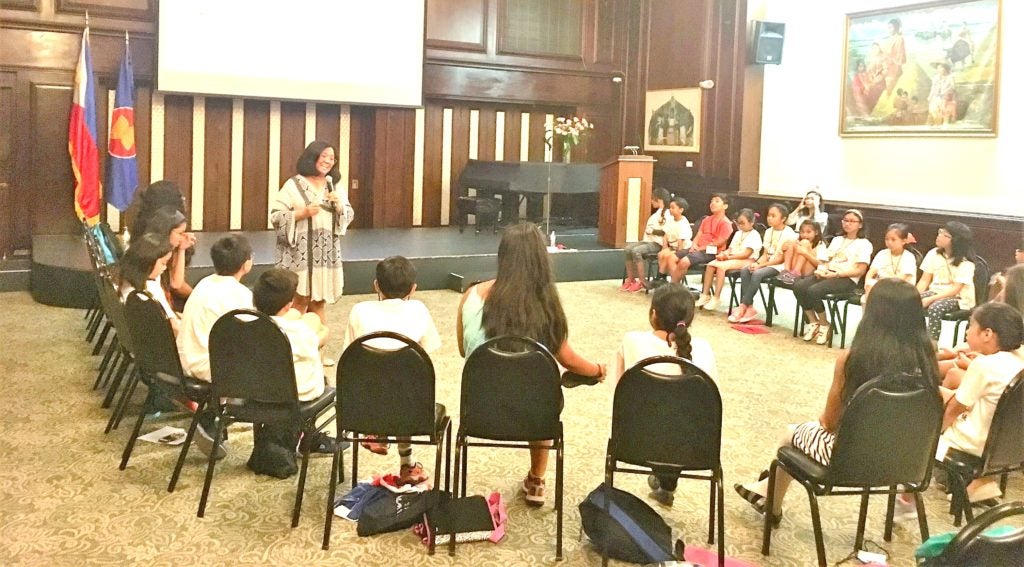 One of the highlights of the program this year was a timely conversation against bullying, presented by Dr. Joie Calub of the NYC Department of Education.

Table manners and etiquette were taught during the Filipino luncheon at the Kalayaan Hall, led by Ave Primo, followed by a storytelling session.

A reading of “Alamat ng Pagong at Matsing” (Legend of the Turtle and the Monkey) by Consul General De Vega brought the Fil-Am children closer to home as they surrounded her to listen to a familiar story.

One of the highlights of the program this year was a timely conversation against bullying, presented by Dr. Joie Calub of the NYC Department of Education. Awareness of the symptoms of a victim and a bully were both discussed, as well as how school children should behave, what they need to do and what they should tell their parents. The roundtable session concluded with a pledge against bullying. 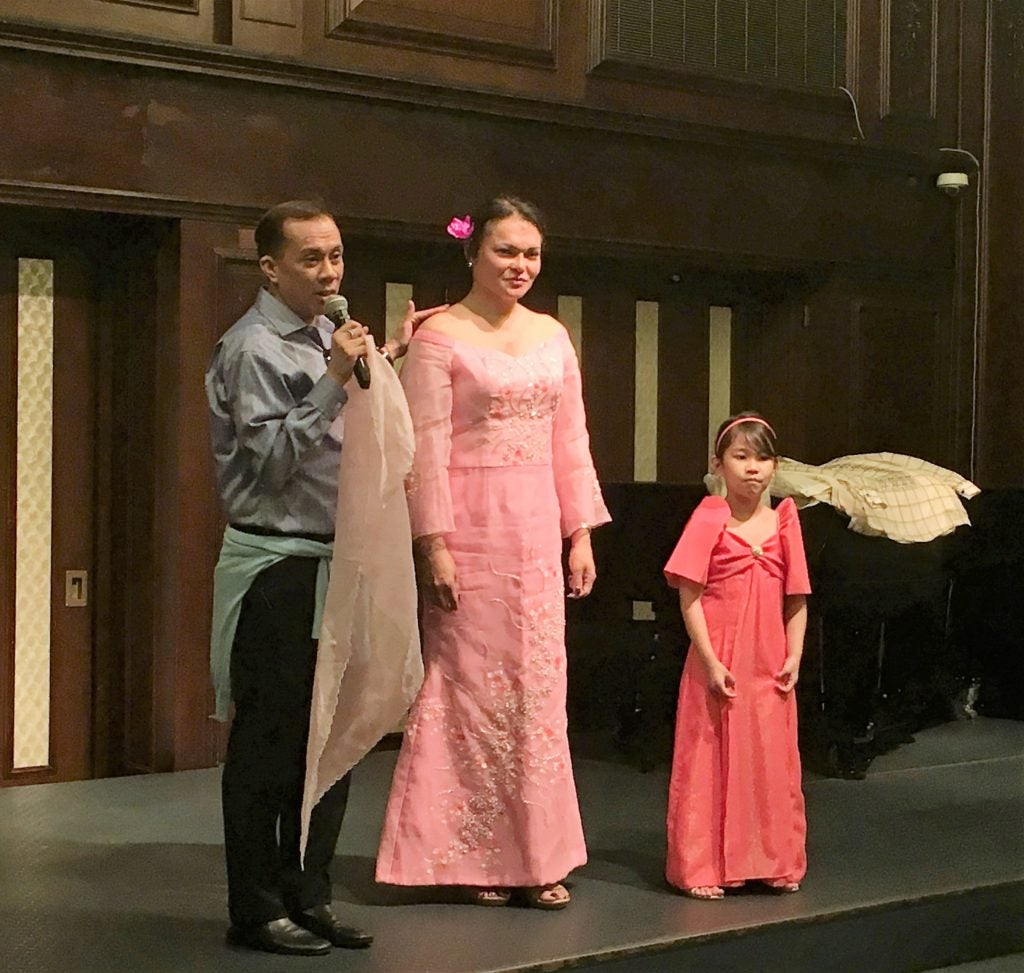 A mini-fashion show by Erno John Hormillosa showed the various eras of Philippine national dress, from the pre-colonial Baro’t Saya (blouse and skirt) made of silk in matching colors, gentlemen’s Barong Tagalog in a variety of hand-woven and opulent fabrics, to the traditional Maria Clara gown, inspired by the epic Noli Me Tangere, and the pre-Spanish Patadyong (loose skirt) worn in the lowlands of the Visayas.

The president of AFTA, Roxanne Cajigas, Ph.D. has been instrumental in incorporating Philippine couture. She stressed that the flagship program of the Philippine Consulate General of New York and AFTA Inc. has evolved for the past 19 years, and it will continue to serve the Fil-Am community in many years to come as younger generations of teachers come on board to contribute their talents.

Former graduates of PSK have volunteered to assist in the continuing program. Next year, when PSK turns 20, AFTA promises a bigger celebration