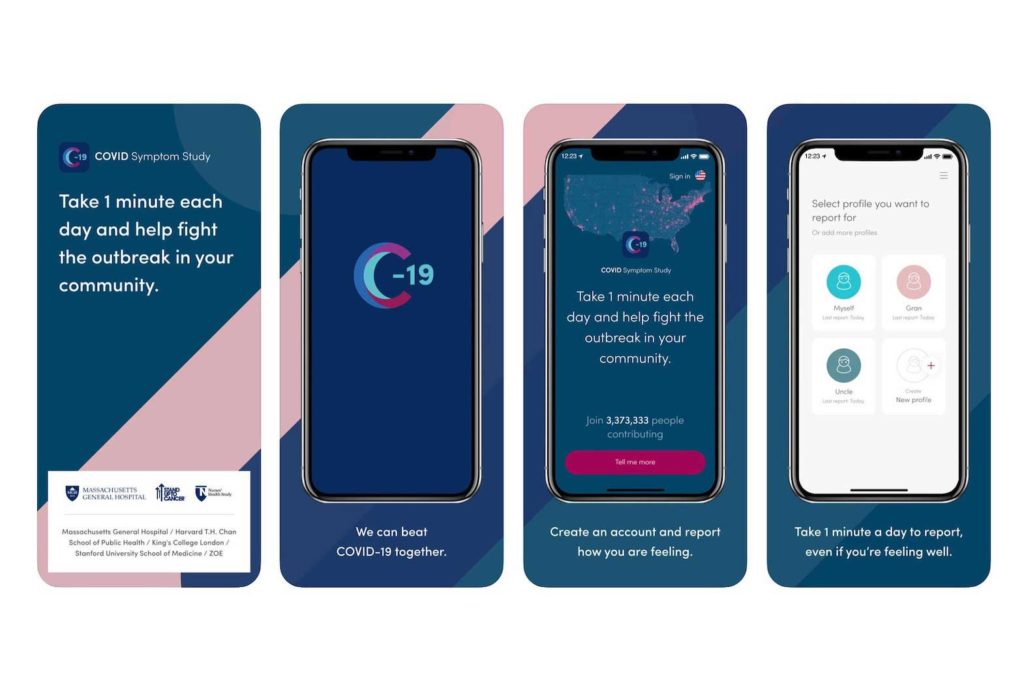 My 18-year-old daughter, Caroline, responded quickly when I told her that she’d soon be able to download an app to alert her when she had been in risky proximity to someone with Covid-19, and that public health officials hoped to fight the pandemic with such apps.

“Yeah, but nobody will use them,” she replied.

My young smartphone addict’s dismissal sums up a burning question facing technologists around the country as they seek to develop and roll out apps to track the newly resurgent pandemic.

The app developers, and the public health experts who are watching closely, worry that if they do not engage enough people, the apps will fail to catch a significant number of infections and people at risk of infection. Their success relies on levels of compliance and public health competence that have been sorely lacking in the U.S. during the Covid crisis.

“We can’t even get people to wear masks in this country,” said Dr. Eric Topol, director of the Scripps Research Translational Institute in San Diego. “How are we going to get them to be diligent about using their phones to help with contact tracing?”

The tracking apps, a handful of which have already been launched in the U.S., enable cellphones to send signals to one another when they are nearby — and if they are equipped with the same app, or a compatible one. The devices keep a record of all their digital encounters, and later on, they alert users when someone with whom they were in physical proximity tests positive for the virus.

For an app to stop an outbreak in a given community, 60% of the population would have to use it, although a lower rate of participation could still reduce the number of cases and deaths, according to one recent study. Some say an adoption rate as low as 10% could provide benefits.

In many places where apps have been implemented so far, adoption has failed to reach even that lower threshold. In France, less than 3% of the population had activated the government-endorsed app, StopCovid, as of late June. Italy’s app had attracted about 6% of the population. The percentage of residents who have downloaded the app endorsed by North and South Dakota, Care19, is in the low single digits.

One exception is Germany, where more than 14% of the population downloaded the new Corona Warn App in the first week after its launch.

Covid -19 apps are generally intended to supplement the work of human contact tracers, who follow up with people who’ve tested positive for the virus, asking them where they’ve been and with whom they’ve been in contact. The tracers then contact those potentially exposed individuals and advise them on the next steps, such as testing or self-quarantine.

Human contact tracing, slow and laborious in the best of times, has been a notable failure in the United States so far: An insufficient number of sometimes inadequately trained people have been deployed, and the infected people they’ve contacted often won’t cooperate.

The prospects for digital tracing appear no better. “Ideally, we’d have a digital way to supplement the human contact tracing,” said Topol. But “there hasn’t been any place yet globally where there’s proof that it goes from a clever idea to really helping people.”

Close to 20 tracing apps are in use or under development in the U.S.

A growing number of U.S. app developers are targeting state health agencies because Google, the maker of Android cellphone software, and iPhone maker Apple won’t enable an app to use their joint platform without a state’s endorsement. The Google-Apple technology, despite very limited use so far, is considered by many the most promising platform.

However, many states are lukewarm to the Google-Apple technology — and to digital contact tracing more broadly. In a Business Insider survey published in June, only three states said they had committed to the Google-Apple model, while 19 — including California — were noncommittal. Seventeen states had no plans for a smartphone-based tracking system. The remaining 11 didn’t respond or gave unclear plans.

In April, California Gov. Gavin Newsom said his office was working with Apple and Google to make their technology a part of the state’s plan for easing out of the stay-at-home order. Two months later, the Golden State seems to have backed off the idea.

Instead, it is training 20,000 human contact tracers with the hope they will hit the ground running this month. The state’s Department of Public Health told California Healthline in an email that most contact tracing “can be done by phone, text, email and chat.”

The multiple obstacles to successful use of digital tracing apps include indifference or outright hostility to anti- Covid measures. Some people won’t even wear masks or are leery of other public health efforts.

Moreover, to the extent that people do adopt phone-based tracing, it might miss potential outbreaks among the hardest-hit populations — seniors and low-income people, who are less likely than others to engage with smartphones.

“If adoption is high among 20-year-olds and low among seniors and in nursing homes, we probably don’t want the result to be that seniors and nursing homes don’t get the attention they should get through contact-tracing efforts,” said Greg Nojeim, director of the Freedom, Security and Technology Project at the Center for Technology and Democracy in Washington, D.C.

Unresolved technical challenges could also hamper the effectiveness of the apps.

To capture risky close encounters between users, some apps employ GPS to track their location. Others use Bluetooth, which gauges the proximity of two cellphones to each other without revealing their whereabouts.

Neither approach is perfect at measuring distance, and either might incorrectly assess a Covid threat to users. GPS can tell if two people are at the same address, but not if they are on different floors of a building. Bluetooth determines distance based on the strength of a phone’s signal. But signal strength can be distorted if a phone is in somebody’s purse or pocket, and metal objects can also interfere with it.

The biggest barrier to public buy-in is the privacy question. Advocates of the Google-Apple system, which uses Bluetooth, say the two companies enhanced the prospects for wide adoption by addressing fundamental privacy concerns.

Google-Apple won’t allow apps to track the locations of smartphone users, and it ensures that all contacts traced are stored on the phones of individuals, not on a centralized database that would give public health authorities greater access to the information.

That means every decision based on the tracking data is up to the smartphone users. They decide whether to notify other app users if they contract the virus or whether to follow the advice — to self-quarantine and contact public health authorities — that would accompany an alert of possible exposure.

The Google-Apple system makes it easy for apps that use it to communicate with one another, which could be particularly important in multistate regions — the Washington metropolitan area, for example — where each state might have a different app and people frequently travel back and forth across state lines.

But developers of apps that don’t use the Google-Apple platform will struggle to sync with it, especially if their apps track locations or use a centralized server. Those include the Care19 app in the Dakotas and Healthy Together, Utah’s app, which both use GPS and Wi-Fi to track locations. Healthy Together also allows public health officials to see people’s names, phone numbers and location history.

These models are anathema to privacy-first app proponents, which might limit their uptake. In fact, North Dakota has announced it is planning a second app based on the Google-Apple technology.

Some public health experts, however, warn that the strong privacy focus of Google-Apple, to the exclusion of other important factors, may limit the value of the apps in tackling the pandemic.

“Apple-Google in their partnership have pretty narrowly defined what is acceptable,” said Jeffrey Kahn, director of Johns Hopkins University’s Berman Institute of Bioethics. “If these things are going to work as everyone hopes, we have to have a fuller and more soup-to-nuts discussion about all the parts that matter.”