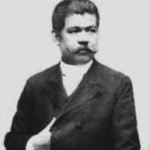 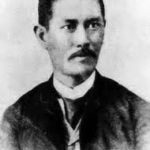 Propagandists Marcel H. Del Pilar (above) and Graciano Lopez Jaena both died in poverty in Spain.

Marcelo H. Del Pilar was tenaciously determined and fought for reform in the battlefield of the Propaganda Movement away from home. As soon as he arrived in Barcelona from Hong Kong in May 1889, though unsure, he wrote to his wife: It will not be long before we see each other again.

Feel the angsts of the tired and overwhelmed Plaridel in 1896, who woke up every morning with tears in his eyes. The German word angst means “fear,” and in the case of Del Pilar, it was the fear of not seeing his family, his wife Chanav and his daughters, Sofia, 9 years old, and Anita, one year and four months when he left.

Del Pilar was a man “with a character of a warrior,” the German graphologist Herr Langerbruch once described him. For eight years, returning to his family was his steady obsession.

For eight long years, homesickness was his worst enemy. The worst of all his sufferings, said the late Fr. Fidel Villarroel, Dominican historian and archivist, was the one “that made the warrior shed tears like a boy, and put his soul in a trance of madness.”

In one of his letters, Del Pilar told Chanay about his dreams that occurred very often. In his dreams, he had Anita on his lap and Sofía by her side and he kissed them by turns. In those dreams, both his hijas told him: “Remain with us, papá, and don’t return to Madrid.” He ended the letter by saying that he would wake up soaked in tears.

Once, while his daughters, Anita and Sofia, were playing in the sala, his wife, who was in the kitchen, told them that their father in Spain needed money to finance his cause and the cost of living in a faraway land. Upon hearing this, Anita the youngest told her mother she would send her father the one peso that she saved out of the Christmas coin gifts given to her.

Is he a perfect example of what Finja Brandenburg’s Soul Notes says about a family man pouring a “silent tear (that) holds the loudest pain?”

I wouldn’t even dare to guess how tremendously tormenting for our hero to hope that the Filipinos he sincerely loved missed him in return. Would we remember what OFWs do for our country?

Del Pilar didn’t even know that his compatriot, our Hiligaynon orator Graciano López Jaena, had died of tuberculosis on January 20, 1896 and was buried in a mass grave called Fossar de Pedrera in Barcelona, nine kilometers south from where he was. López Jaena departed this earthly life in destitution, collecting cigarette butts to keep himself warm during winter, and his remains were to this day never repatriated.

How many of our OFWs suffer like him? And how many of the families of our OFWs are like López Jaena’s who was unable to see the bagong bayani before he was buried in borrowed ground in a strange land?