I decided not to go to my “big sister’s” funeral.

With Covid-19, how are we expected to get our Filipino death selfie? You know, the “open casket-big family” picture that we post on social media for all the relatives in the Philippines.

But I can’t go. As an OG at risk, it’s prudent to stay home and address the spirits in pre-Zoom mode. No passwords necessary. (I will honor her below. She was the triumph of family immigration.)

Originally, I might have attended since everyone’s begun reopening. But it just may have been a bit too soon.

California and Hawaii, the two most Asian American states in the country, both have had record increases in coronavirus cases just in the last week. As I write, California just announced 7,000 new cases in one day.

And those two states aren’t even considered hot spots yet like Florida, Arizona, and Texas. Those states are seeing such huge spikes that recovering states, such as New York, Connecticut, and New Jersey, are starting to impose travel restrictions on hot spot areas.

When it comes to public health, you don’t mess around.

So why is Donald Trump playing fast and loose with our health? He’s even gaslighting America on basic things about the virus, from slowing or not slowing tests to the veracity of case numbers.

Fast food Trump may consider the stats like a McDonald’s sign where numbers can be fudged. Billions served? What—cholesterol-related disease?

But the stats can’t be ignored. More than 120,000 Americans dead, and counting.

Meanwhile, many Asian Americans are rightly angered that the president insists on his continued use of the slur “Kung Flu.”

It’s no joke. It’s a slur. Doesn’t matter what non-Asians think. It’s just as bad as using the “N-word.”

On Saturday, Trump mentioned KF at his Tulsa, “Make America Sick Again” rally. But on Monday, Press Secretary Kayleigh McEnany was protecting her boss, lying about the mention even after we all saw it uttered in Tulsa.

“It is not about Asian Americans whom the president values and prizes as citizens of this great country,” McEnany said on Monday. “It is an indictment of China for letting this virus get here.”

And then she conflated Trump’s use of the use of KF and the media’s use of “Chinese virus,” as if they were the same. They’re not.

Of course, I take issue with the notion that Trump loves Asian Americans. He probably saw the Pew Report that called Asian Americans the fastest-growing racial or ethnic group of eligible voters in the U.S. (OK, he didn’t see it, but a staffer probably did. And notice how he suddenly is mentioning Asians when he cites inclusively the phrase “Blacks, Latinos and Asians,” as if that’s all he has to do for diversity’s sake.)

Still, Trump loves us enough to endanger us by again repeating the phrase “Kung Flu” on Tuesday in Phoenix, before his typical non-socially distanced, anti-masking MAGA folk.

When Trump first uttered the phrase in March, we saw a dramatic spike in anti-Asian violence in America. More than 1,500 cases in less than a month.

And remember the majority of incidents involved non-Chinese Asian Americans, a number of them Filipino.

Are we ready for a second spike as Trump continues unmasked, leading his followers who see their right to go unmasked as similar to gun rights? Give me liberty or give me COVID-19?

It’s the right to espouse ignorant opinions in a pandemic without a face covering.

Trump’s failure to lead our public health policy in a responsible and non-partisan way seems to be the birthing of a new right to die movement.

If Kung Flu is really an indictment of China, like McEnany said, what will the indictment of Trump be for his slow-rolling reaction to the virus once it got here?

My Ate Estelita and the magic of immigration

“Ate” (pronounced ah-teh) is what you call a big sister in the Philippine language. And for me, that was my Ate Estelita Medina Napata. She died this week at age 77.

My actual sister explained to me that Estelita was in the tradition of Filipino extended families, my de facto big sister. She was my father’s cousin’s granddaughter. Like Sister Sledge sang: We Are Family. 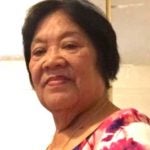 Estelita came to live with my family when I was 10 and we had an extra room. She immigrated to America after the monumental Immigration Law of 1965 did away with the racist quotas that existed. So it was old school immigration, the family unity way—the kind Trump wants to abolish.

When Estelita arrived, she cared for me, my sister, and even my mother. When she got married to a naturalized Filipino American who served in the U.S. Navy, we all celebrated. Manong Pete was a good man. They moved from our flat to one a block away in San Francisco.

And then Estelita began her immigration magic.

She had six brothers and sisters in the Philippines. One by one, they all joined her. She even petitioned for her mother and father. Life is better in America? No doubt.

She then started her own family—four kids. In all, Estelita was responsible for bringing to the world 12 Filipino Americans, who then started their own families, and all of them became productive members of the American middle class.

Estelita did all this while working at the state hospital in a stable job with good retirement benefits. She wasn’t rich. But she was wealthy in the ways that count and that enrich our country.

They’re the  kind of immigrants we want in the U.S. The  old-fashioned kind who improve America simply by wanting a better life for their own families.

My Ate would do the little things for me that a caring big sister does. Like make something good to eat from whatever we had on hand. Comfort foods. And now I’m sorry I won’t be there to comfort the entire family.

Her death wasn’t even a Covid death. But Covid impacts how everything is done. In the end, Estelita just wanted to come home and live out her days in hospice and be with her family, especially with one of her adult daughters who had become bedridden after an illness.

That was Estelita, always the caretaker, even when she needed care herself.

I last saw her a year ago at what has become the typical gathering, another funeral. Our lives had grown distant, but we still had our bonding memories.

We never really spoke much beyond basic pleasantries, but she always showed her care and her love. She was my Ate.

I now see her life as a reminder of the true power of immigration. Do we really just want the rich ones, or those who can do something for America? How about the ones who just share universal values of love and family?

My Ate Estelita was one of the huddled masses. She died a woman grateful to the country that had allowed her to keep her family together.

It’s the kind of immigration that becomes America.

Vincent Chin
I almost forgot. That’s how the days start to blend in during a pandemic. And then I attended a Zoom gathering on Chin’s death day, and realized by the young people in attendance how many Asian Americans weren’t even born in 1982 when Vincent Chin was killed.

Four years ago, I thought it would be a good idea to take five days each year to remember Chin and to think about what it means to be Asian in America.

It still is a good idea for every Asian American group.

And that’s when the rest of us did.

Emil Guillermo is a journalist and commentator. He writes a column for the North American Bureau of the Inquirer.net.  Twitter @emilamok. Listen to his podcast, “Emil Amok Takeout”  on amok.com.