Oakland resident who fled to safety reflects on Floyd protests

Oakland resident who fled to safety reflects on Floyd protests 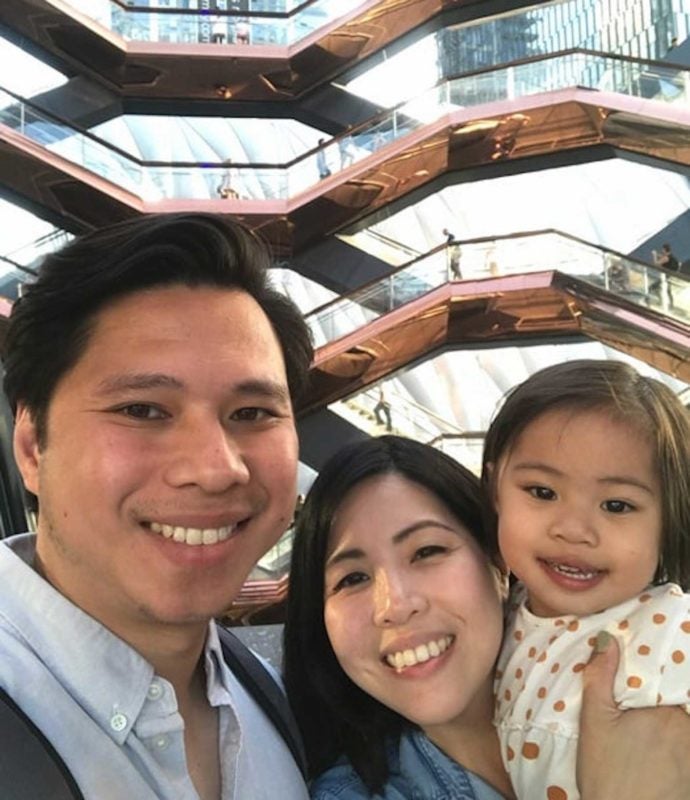 Rally Catapang, wife and baby were forced to scamper to safety from their Oakland apartment unit as fire alarms sounded as the Target department store below them was being looted after a peaceful protest. CONTRIBUTED

OAKLAND, California — A Filipino couple and their sleeping three-year-old baby girl were forced to run to safety from their apartment after a fire alarm went off shortly after Black Lives Matter protesters were dispersing from Oakland City Hall some 15 blocks away.

“A peaceful protest turned violent late at night when some people started breaking-in at the Target Department Store downstairs from our apartment. We ended up leaving our place after the fire alarm went off,” Catapang recalled the first night of protest. “The next morning, we woke up to a lot of broken glass around the block and neighbors (were) in shock.”

Rally Catapang, finance manager at San Francisco City Mayor’s Office of Housing and Community Development, his wife and his baby daughter had to scamper to safety from their 27th street Oakland apartment just when they were about to call it a night after witnessing around 6,000 people protest the police killing of George Floyd while under the custody of four Minneapolis police officers, one of whom was a white cop who pressed his knee on Floyd’s neck for nearly nine minutes. The morning after, splintered glass  litter the front of a Target store that was looted the night before by a smaller group that blended with the group of legitimate protesters.   CONTRIBUTED

“Riots, looting, and burnings are not new to this country. To me it is a natural consequence of the level of inequality in opportunity and in justice in this country,” Catapang stated.

The Catapangs had just two weeks ago to their uptown Oakland apartment. Rally said the protest started out peacefully, but another group started smashing the doors and display windows of the Target.

He estimated those who started the vandalism that led to the looting were only a small fraction and that most of the protesters were young high school students while the vandals were in their twenties.

“I believe that a group was there for the protest but there was also another group ready for confrontation and ready to vandalize and break glasses as they were carrying baseball bats with them. Some even had signs of encircled letter A that I believe is for Anarchy or anarchists,” recalled Catapang. 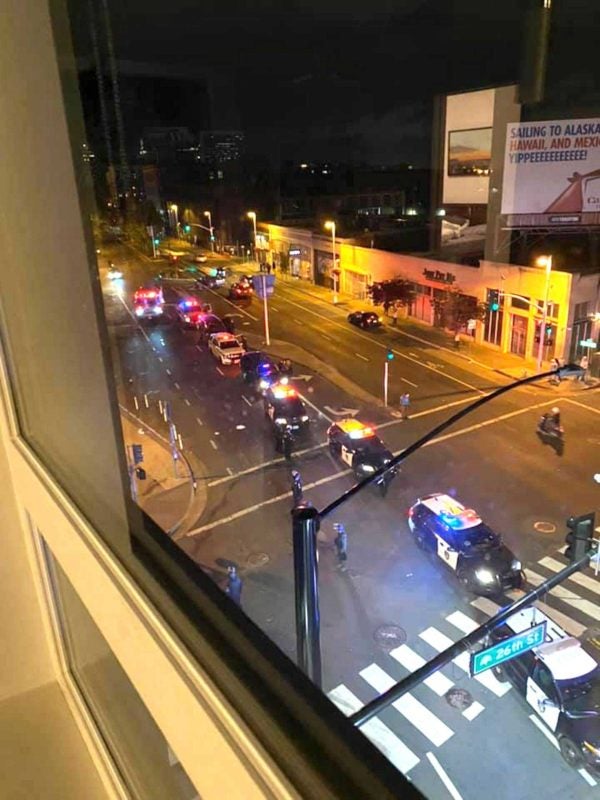 As seen from the Catapangs’ apartment,a caravan of police cars, some from as far as Fairfield, California, responds to looting in Oakland. CONTRIBUTED

He is somewhat relieved that their building has started boarding up windows and hired more security over the weekend. He’s considering staying at a hotel if things worsen.

For Catapang, what happened to George Floyd was an injustice and justice needs to be given for him, his family, and others similarly situated.

“To prevent this from happening again, those instigating violence should be prosecuted if they can be isolated from the real protesters that they blended with,” Catapang believes. “I hope that at some point the unheard will be understood and listened to and violent protest will no longer be a consequence of their plight.”

“If inequality is the root of this problem and only more equality in opportunity and in justice can solve it. As a community I hope we can put equity at the center of how we govern our country where underprivileged groups must be given more opportunity to advance themselves,” Catapang assessed.